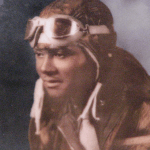 Claude C. Davis graduated from Tuskegee as part of Class 44G in 1944.  Like many other Tuskegee pilots, he had put forth his best effort and proceeded step by step through a rigorous process to earn his wings that included written and practical tests with numerous “opportunities” to wash out at any time.

He said, “The first step was to be accepted as a flight cadet and pass the physical.   Then came 10 weeks of pre-flight training, learning the systems that support flight like how to use the radio, basic meteorology, and so on.   After passing the pre-flight, it was on to primary flight training for 10 to 12 weeks.  At that point, we actually got to fly.

“The last step was basic flight where we had combat training and learned air combat.  When we were done with that, we had to make a decision about what type of advanced training we wanted to have – bombers, fighters, etc.  I choose bombers.”

For Davis’ advanced training, he was put into an AT-10, a twin-engine trainer.  When he finished that training, he was sent to Douglas Army Air Base in Arizona and then the fun really began – at the age of 23 ½, he was introduced to the B-25.  “That plane was great,” he recalled.  “She was sweet – solid, easy to fly and very stable.  We had to learn all about her – using oxygen in high altitudes, bombardment techniques, machine guns and so forth.  It was great but really tough.  In our class, only 8 or 9 finished.”

Now a qualified B-25 pilot, he was sent to Godman Field, next to Fort Knox in Kentucky, where a black bombardment group was formed – the 616th Bomb Squadron.  “I remember that field really well,” Davis said.  “It had a very short runway which made it a challenge for the big bombers!”

With orders to prepare to fight the Japanese, in March 1945 his Squadron was sent to Freeman Field in Indiana and became part of the 477th Bombardment Group.  While Freeman had a longer runway that could easily handle the B-25s, it was also the site of a major event that highlighted once again the segregationist policies of the U.S. Armed Services during WWII.  Davis recalled, “There were two clubs set up. Club 1 was for blacks but it wasn’t referred to as an “Officers Club – it was for “trainees”.  Club 2 was for white “instructors.”  There were a couple of guys who were determined to be activists and recruited other blacks to join them in trying to be served at Club 2.  It did not go well. Many were arrested and confined to quarters and my 616th Squadron was ultimately sent back to Godman, along with the 617th.  We never flew in combat because Truman dropped the bombs in August and the war was over.” 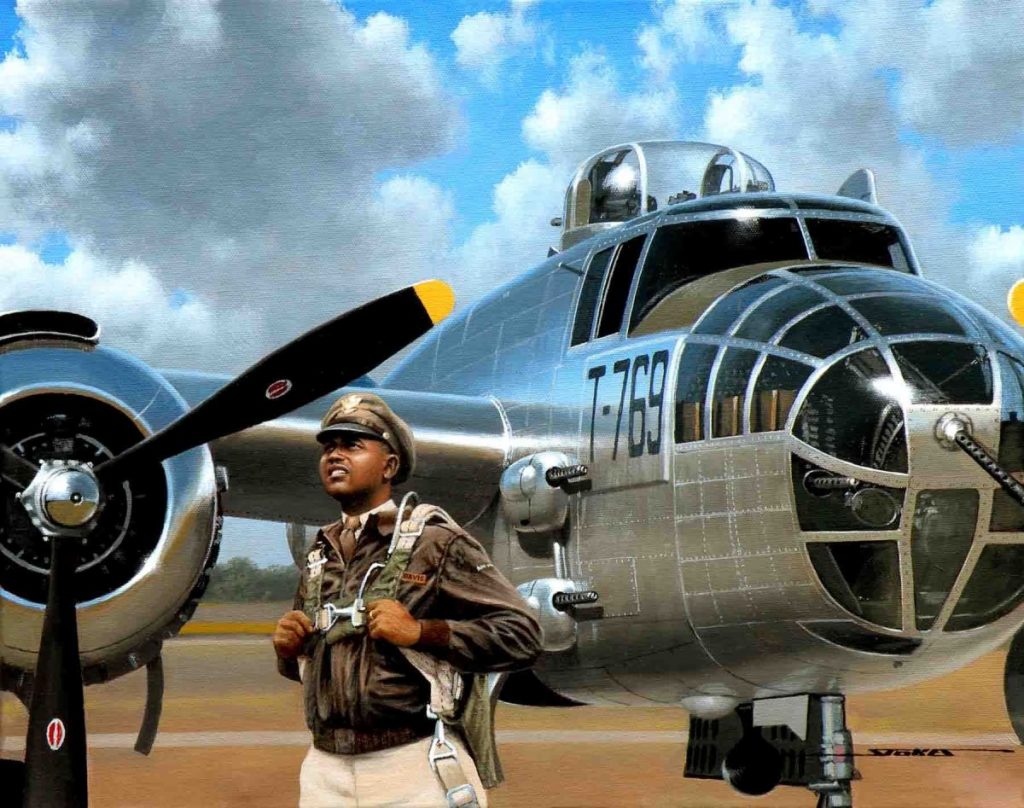 Davis wasn’t released immediately after the war ended.  He was assigned to Fort Lewis in Washington until 1946 when he again became a civilian.  “My original plan had been to go back to Pittsburgh and start a flight school,” Davis said, “but we drove down to northern California to see some of my wife’s relatives and ended up in the Berkeley area where we stayed and raised three children.  I liked the area immediately.  No one was shooting at me and there was no snow!

He kept flying and ultimately joined the National Guard. When the Korean War started, he ended up in Fort Sill, accepting that he would see action again.  Because he had continued to fly, he thought he’d probably be assigned as a spotter plane pilot, flying slow and low near enemy lines, an easy target.  He was resigned to going but at the last minute, plans changed.  Davis recalled, “I went to the Officer’s mess to eat dinner the night before I was supposed to leave.  I sat down with some officers who were discussing a new order that had just come through: if you had four or more dependents, you could get out of active duty on hardship!  Well, I had four dependents so I raced to find the officer who could change my orders.  He was just getting ready to close up for the day but we got those orders changed and I was home three weeks later.”

Davis stayed in the National Guard, continuing to serve even as he graduated from college and developed distribution and real estate businesses.  “I was able to use things I learned at Tuskegee and during the war throughout my whole life,” he said.  “We needed to be sure of ourselves to get through training; I needed self-confidence to run my businesses.  We worked hard to graduate and most of us continued to work hard throughout our careers.  We were ready to fight for what we believed in, even though segregation tried to pull us down.  I hope that more kids today can learn how to be strong and contribute to our nation, even when the odds may be against them.”