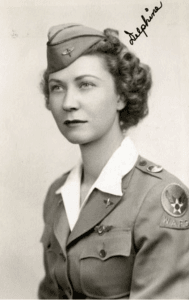 We will not again look upon a woman flying as an experiment.

Delphine Bohn was born on July 5, 1913 near Elk City, OK to Marion Grover and Lenore Bohn. She graduated from Amarillo High School and later attended the Amarillo Junior College. She took her first flying lessons in April 1940 at Municipal Airport, Amarillo, Texas.

Bohn’s stepfather, Mr. R.C. Highly, sought to further encourage her flying ability and bought her a Piper Cub Cruiser. She practiced constantly, accumulating many hours and soloed the same year. Upon earning her private pilot’s license, Bohn qualified for a commercial pilot’s license. She then prepared extensively for an instructor’s flight examination license and upon passing this examination, she began teaching for the Civilian Pilot’s Training Program in 1942. 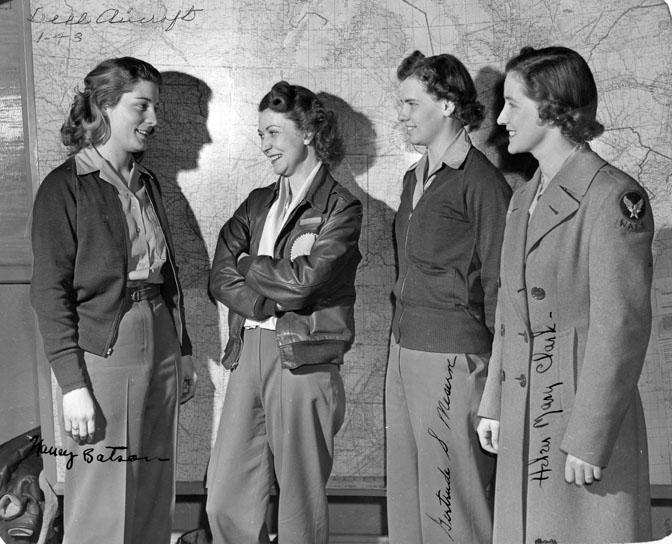 At the same time, Bohn contacted the Acting British Consul, the U.S. Army Air Force, The Royal Canadian Air Force, and the British Air Transport Auxiliary American Women’s Section seeking employment in any one of the above. Bohn also contacted her representative, Congressman Eugene Worley, who indicated he would recommend her as a capable pilot in her quest to become an aviatrix in the war effort.

After deactivation, Bohn moved to Burbank, California where she was employed by Pacific Aircraft Sales Co., operated by Norm Lawson, a distributor for Beech Aircraft Co. In September of 1949, three former WASPs (Delphine Bohn, Byrd H. Granger, and Ruth Dailey) each flew in a Beech Bonanza to Rio de Janerio, Brazil, generating much publicity for them in newspapers and magazines.

Four months later Bohn was appointed as a reserve officer with the rank of Major in the United States Air Force. During this time, Bohn returned to Dallas, TX, where she was employed by J.R. Gray Co. at Love Field, working in the sales department. In the mid 1950s, Bohn moved to Fort Worth, Texas and formed her own company – Western Aviation, Inc. – selling aircraft operating out of Meacham Field.

In 1961, Bohn moved to Houston, TX working as a saleswoman for Business Aircraft, Inc. In the late 1960s, Bohn shifted gears and studied oceanography in San Francisco and received a certificate in Celestial Navigation at the Academy of Sciences at Golden Gate Park.

By 1981, Bohn returned back to Texas and was involved in an aviation class at Amarillo College, however, she had ceased piloting airplanes. Delphine Bohn passed away after having been diagnosed with cancer on January 18, 1992 at the age of seventy-nine. 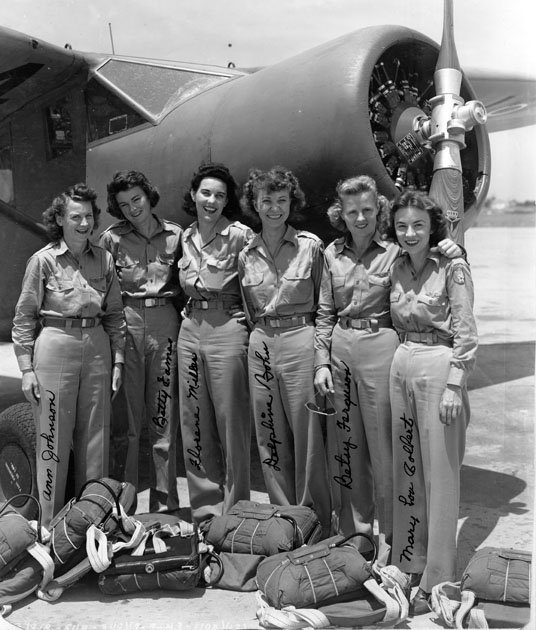 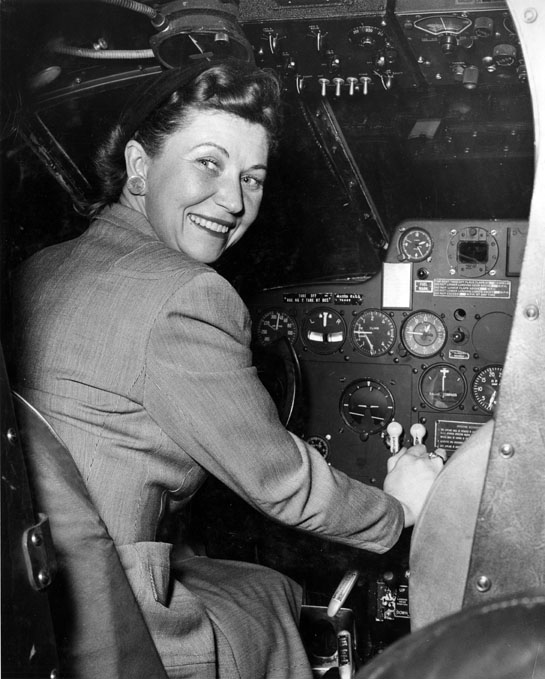 Permission to publish materials was obtained from the Special Collections Department, Eugene McDermott Library, The University of Texas at Dallas.