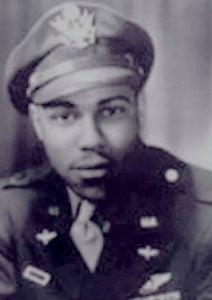 Earl Roscoe Lane was born in Redbird, Oklahoma, a Negro town formed after the Civil War to enable freed slaves to live in economic independence and dignity.  He moved to Wickliffe when he was age ten.

On March 24, 1944, a fleet of P-51 Mustangs led by Colonel Benjamin O. Davis, commander of the Tuskegee airmen, set out on the longest escort mission their crews would fly during
World War II. The 43 fighters were there to help B-17 bombers run a gauntlet of over 1,600 miles into the heart of Hitler’s Germany and back. The bombers’ target, a massive Daimler-Benz tank factory in Berlin, was heavily defended by whatever forces the Luftwaffe could muster at that point in the war. The 25 aircraft protecting the plant included the battle-tested Fw 190 radial propeller fighters, the Me 163 “Komet” rocket- powered plane and the much more formidable Me 262, history’s first jet fighter and the forerunner of today’s modern fighters. While the American P-51s typically lagged behind the Me 163s and 262s, they could outmaneuver them at low speeds. The German planes also tended to run out of fuel more quickly than the Tuskegee airmen’s Mustangs. Making the most of their limited advantages, pilots Charles Brantley, Earl Lane and Roscoe Brown all shot down German jets over Berlin that day, earning the all-black 332nd Fighter Group a Distinguished Unit Citation. These Black Airmen came home with 150 Distinguished Flying Crosses, a Legion of Merit, 744 Air Medals,8 Purple Hearts, 2 Soldiers Medals,14 Bronze stars, and a Red Star of Yugoslavia.

They were not the first American pilots to have shot down German jets, or even the only American pilots to shoot down German jets on that mission, as reported by some sources, but their heroism contributed to the 332nd Fighter Group’s earning its only Distinguished Unit Citation of the war for its part in the Berlin mission. For the group’s 99th Fighter Squadron, it was the third Distinguished Unit Citation.

World War II forced Dorothy Chaffin to cut her education at West Virginia State College short, and she returned to Cleveland where she started working for the United States Navy Finance Department.  While working there she met Earl and they later married in June, 1948. Earl and Dorothy resided in Cleveland. Then in 1958, Earl Lane returned with his wife and daughter to Wickliffe to a house he and his wife had built on Robindale, next door to his parents Levi and Catherine Lane.  Earl and Dorothy were the parents of one daughter, Leslie Karen.  He owned a number of successful businesses in Cleveland.

Earl continued to pilot planes until the late 1970s, when he was forced to discontinue because of his health.  His love of flying never diminished. 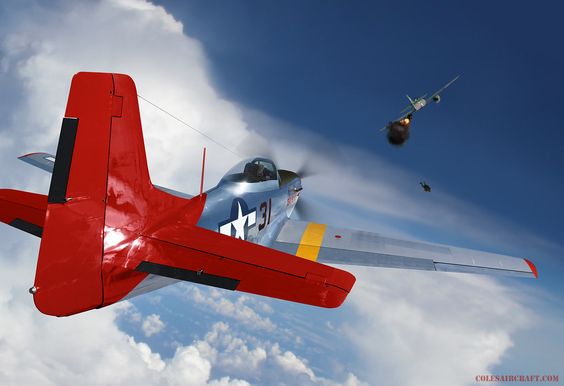