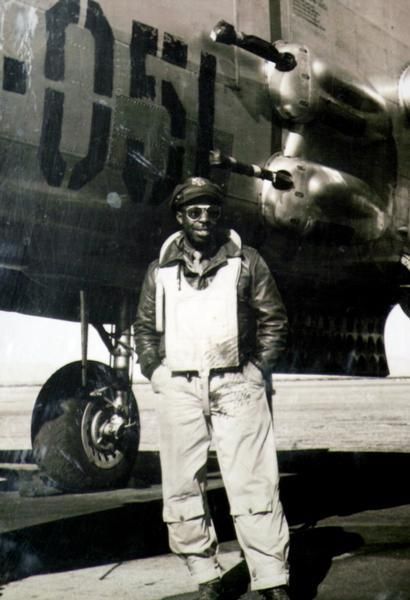 Fitzroy “Buck” Newsum was an American military pilot and officer who was one of the original members of the Tuskegee Airmen during World War II. He reached the rank of colonel before retiring in 1970.

“Buck” Newsum was born on the Upper West Side of Manhattan, New York City, on May 22, 1918. He was living on the Caribbean island of Trinidad when his mother took him to the local airfield. He’d never seen an airplane until then — and he wasn’t quite sure what to make of it — but as he watched one as it came in for a landing, and then take off again.

As he watched the high-winged monoplane take off and land, he said his mother asked him, in exasperation, “Why do you keep staring at that thing?”

Newsum said he looked over his shoulder at her, and in a quiet voice said, “I think that’s what I’d like to do.”

And he did, despite the considerable turbulence he encountered.

He graduated from the College of Military Science at the University of Maryland. Denied entry into the U.S. Army Air Corps, because of the color of his skin, Newsum enlisted in New York National Guard in 1939.

Two years later, he was commissioned a second lieutenant in the Anti-Aircraft Coast Artillery Corps, and after the attack on Pearl Harbor, was assigned to duty in Hawaii.

While in the Pacific, Newsum was notified he had been accepted into an “experimental” training program for black pilots at a segregated airbase in Alabama tasked with proving “men of color had the intelligence to fly airplanes.”

More than 900 black military pilots trained at Tuskegee Army Air Field during World War II. They were then assigned to segregated Army Air Forces units. Of those 900, 450 served overseas in either the 99th Pursuit Squadron or the 332nd Fighter Group.

Newsum graduated as a multi-engine pilot in December 1943 and was assigned to the 477th Bombardment Group, the first all-black multi-engine group in the Army Air Forces.

During World War II, President Franklin D. Roosevelt arranged for thirty-three African American servicemen to take an entrance exam for the Army Air Corps. Newsum was one of just thirteen men to pass the test. After passing, he chose to attend the Tuskegee Army Air Field’s flight school rather than the Officer Candidate School that the other twelve men enrolled in. Newsum would pilot the P-47 Thunderbolt warplane during the war. 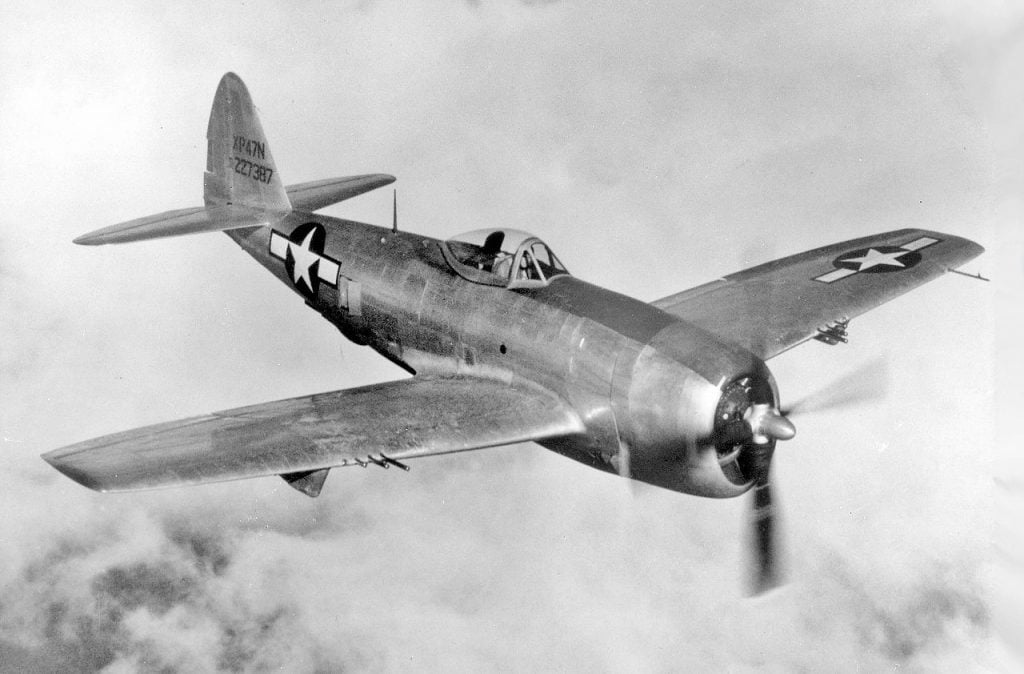 Republic P-47N Thunderbolt, Thunderbolt flew its first combat mission–a sweep over Western Europe. Used as both a high-altitude escort fighter and a low-level fighter-bomber, the P-47 quickly gained a reputation for ruggedness. Its sturdy construction and air-cooled radial engine enabled the Thunderbolt to absorb severe battle damage and keep flying.

Newsum’s distinguished career in the military spanned more than 30 years, three wars and a myriad of cultural changes, but despite the adversity and challenges, he remained grateful for the opportunity to have served.

After retiring from the Air Force, Newsum worked as a public relations manager at Martin Marietta in Denver.

He was a founding member of the local Hubert L. “Hooks” Jones chapter of the national Tuskegee Airmen. In 1989, he received the Noel F. Parish Award for outstanding achievement on behalf of Tuskegee Airmen Inc.

In 1991, he was inducted into the Colorado Aviation Hall of Fame.

Along with other surviving Tuskegee Airmen, Newsum was collectively awarded the Congressional Gold Medal in 2006.

Newsum died in Denver, Colorado, on January 5, 2013, at the age of 95. He was buried at Fort Logan National Cemetery with full military honors. Newsum was survived by his wife of sixty-six years, Joan Carney Newsum, four children and four grandchildren. U.S. Senator Mark Udall also paid tribute to Newsum following his death, noting that he proudly served as the U.S. military despite the segregation of the era.