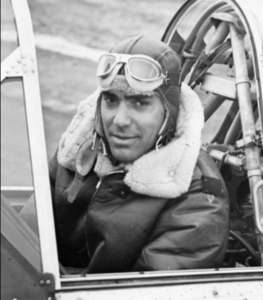 He was one of the ten presiding officers in the court-martials of several Tuskegee Airmen after the Freeman Field mutiny in 1945. He was named president after Benjamin O. Davis Jr. was dismissed.

He was born on December 23, 1916, in Indianapolis, Indiana, Marion County, Indiana. He was the son of Elwood Knox and the grandson of runaway slave George L. Knox (who wrote a book about his experiences, Life as I Remember It: As a Slave and a Freeman, in 1895).

He was a graduate of Fisk University. On January 27, 1937 he was initiated as a fraternity brother of Kappa Alpha Psi Fraternity, Inc.’s Nu Chapter in Indiana. He then attended the University of Pittsburg and earned a graduate certificate.

In October 1941, he entered the U.S. Army Air Corps at Fort Benjamin Harrison in Indianapolis, Indiana. On May 20, 1942, he graduated from Tuskegee Advance Flying School (TAFS)’s third-ever Single Engine Section Class SE-42-E. He was one of the first twelve African American combat fighter pilots.

He was the second Indiana native to graduate from the Tuskegee Advance Flying School (TAFS). After receiving his wings and commission as a 2nd Lieutenant, he was promoted to First Lieutenant in December 1942. In 1943 he was with the 332nd Fighter Group, became a flight leader, and was assigned to Selfridge Field, Michigan. A year later, he was a member of the “first Negro bombardment organization”, the 477th Bombardment Group; in 1944, the squadron had received two commendations for its achievements. At the rank of Captain, he was the “squad’s most experienced Negro flier”.

After World War II, he headed the AFROTC program at Tuskegee Institute. In 1946, he held the rank of Major. The highest rank he held, at his death in 1964, was lieutenant colonel; he was a professor of air science at the officer training corps at Tuskegee. He was a member of St. Philip’s Episcopal Church in Indianapolis, and St. Andrew’s Episcopal Church in Tuskegee.

He died on November 4, 1964, in Tuskegee, Alabama, Macon County, Alabama. His obituary in a Mobile Alabama newspaper reported that he died from an accidental gunshot at his home. He was interred at Crown Hill Cemetery, Plot Sec: 41, Lot: 273 in Indianapolis, Indiana.