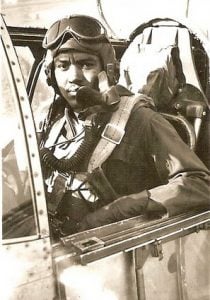 “The Tuskegee Airmen are a classic example of overcoming adversity, and people in our country should know about it.”
~Tuskegee Airman Leo Gray

The CAF Red Tail Squadron has many special relationships with original Tuskegee Airmen, and we absolutely treasure them. These American heroes are unique, continuing to inspire us as much today as when they fought fascism abroad and racism back home in the era of WWII. We are honored to stand beside these great role models at many of our outreach events around the country. Leo Gray, an original Tuskegee Airmen and pilot, continued to share his experience with our audiences, inspiring the next generation to RISE ABOVE.

As a youth in the Boy Scouts of America, Gray met all qualifications for a Life Scout, and achieved the rank of Junior Assistant Scoutmaster in his Troop. After graduation from Boston English High School in 1942, Gray enlisted in the U.S. Army Air Corp as a private. After completing the College Training Detachment Program at Tuskegee Institute, he entered aviation cadet training to become a pilot. He graduated from the Tuskegee Army Air Filed Flying School as a 2nd Lieutenant Single Engine Pilot in Class 44-G (SE). After completing combat fighter pilot training at Walterboro Army Air Field, Gray was stationed in Italy as a fighter pilot with the 100th Fighter Squadron, 332nd Fighter Group. He flew 15 combat missions over Europe in P-51 Mustangs. He had a total of 750 hours flying time. He was separated from active duty in 1946 and remained in the USAF Reserve until he retired in 1984. During his 41 years of military service, Lt. Col. Gray was awarded the Air Medal with one oak leaf cluster, a Presidential Unit Citation, and the Mediterranean Theatre of Operation ribbon with three battle stars. In addition, he earned the American Theatre and World War II Victory button.

After the war, Gray earned a Bachelor of Science at the University of Massachusetts and a Masters degree at the University of Nebraska, both in agricultural economics. For 30 years, Gray coordinated research for the USDA. He credits his military service as the catalyst that helped his civilian career by giving him the skill and perseverance to be successful.

Gray played a leading role in the Tuskegee Airmen, Inc. organization, serving as president of the Miami and East Coast chapters. He helped to form a new chapter in Walterboro, South Carolina, the location of advanced combat training for Tuskegee-trained pilots before being shipped overseas to combat from 1943 to 1945.

He was also a dedicated member of the Boys & Girls Club of America – of which he was a member himself in his youth – and was a co-founder of the organization’s Ionosphere Club in Broward County, Florida. This unique group gives members the opportunity to learn about all aspects of flying, including science and mechanics.

“There are many young people, especially in urban areas, who have not been exposed to aviation,” remarks Gray. “They need to understand what’s available for them. Aviation is a field with many openings. Pilots and support personnel are in demand because of many retirements. People need to understand the impact that aviation has on different areas of the country.”

Gray was gracious enough to help make our outreach visits even more impactful and inspiring by appearing at several of our events. For example, in 2015, Gray joined us in Florida to speak directly to school groups about the history and legacy of the Tuskegee Airmen, and how students can utilize the Squadron’s Six Guiding Principles in their own lives – Aim High, Believe In Yourself, Use Your Brain, Be Ready To Go, Never Quit, Expect to Win.

“The CAF Red Tail Squadron is one of the few organizations that has a hands-on approach to opening peoples’ eyes to aviation and the history of the Tuskegee Airmen,” he said. “The RISE ABOVE Traveling Exhibit gives young people the opportunity to find out things that might never have been exposed to.”

Thanks to the ongoing hard work and perseverance of Tuskegee Airmen, younger generations are learning not only about an important piece of American history, but about what grit, determination and strength of character really means. Thank you, Leo Gray, for continuing to serve your communities and your country. We salute you! 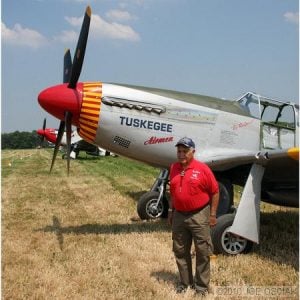 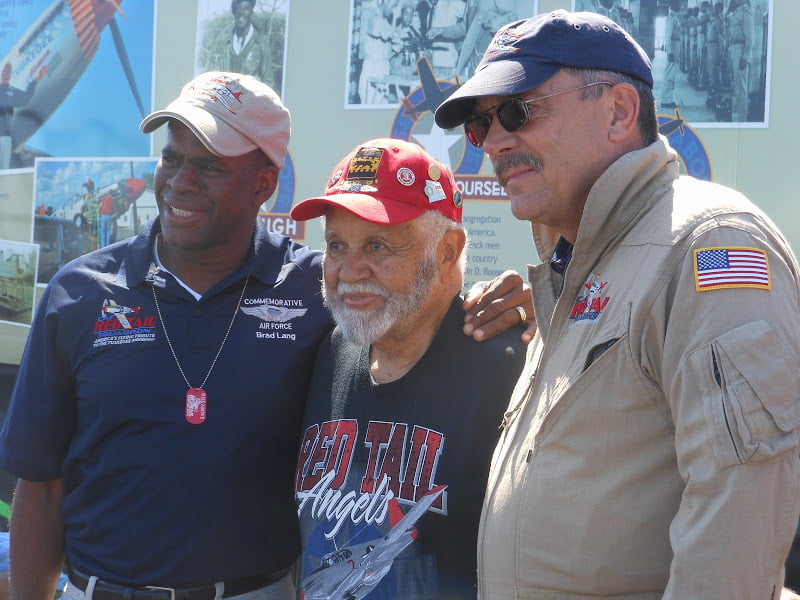 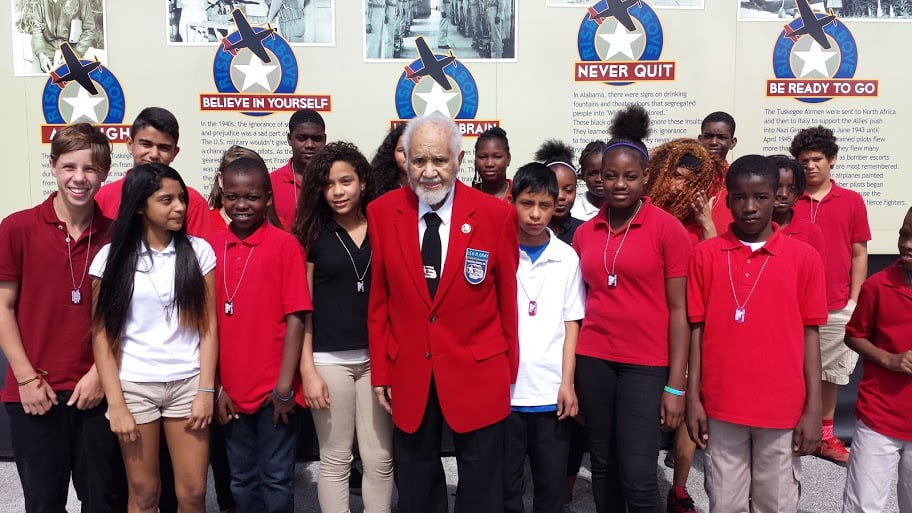