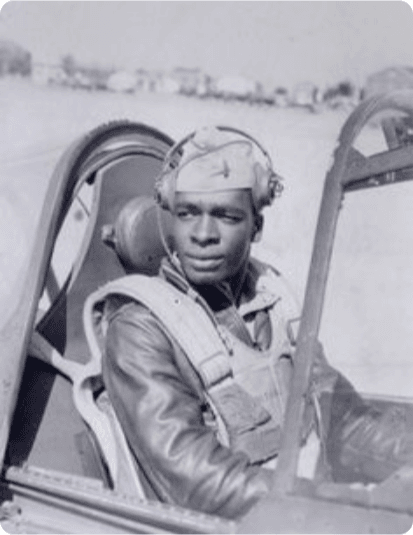 Born in Greenville, S.C., Paul Adams dreamed of being a pilot since childhood. This dream was made possible in 1940, when the U.S. War Department asked the training unit to establish an experimental program to prove that blacks could become good pilots and flight instructors.

In 1945, Capt Adams returned to the U.S. and was discharged from the Army Air Corps. In 1946, Mr. Adams married Alda Thompson, and thus reentered the Army as 1st Lt Adams to attend Supply School. After assignments to Lockborne AFB in Columbus, Ohio, as the supply officer, and at Travis AFB as the Fleet Service Officer. Army Air Corps became the U.S. Air Force, and racial integration began.

After three children, Deloris, Gloria, and Michael, Adams obtained the rank of Lieutenant Colonel in the Air Force. LTC Paul Adams retired in December of 1963 after 20 years of service. During his service, Lt Col Adams served in nine major campaigns and received the Commendation Medal with three Oak Leaf Clusters.

Upon his retirement from the Air Force, Adams began his teaching career at Lincoln High in Lincoln, Nebraska. He was a former leader of the Lincoln NAACP and one of three black teachers in Lincoln Public Schools when he started teaching in 1964. He taught industrial arts, and would also teach the school system’s first Black history class at Lincoln High until 1982, when he retired from school but not from teaching and serving his community. In 2008 the city of Lincoln honored his contributions by naming a newly built elementary school for him. (The Adams Elementary School’s mascot is the “Aviators,” of course.)

In 2007, Mr. Adams was presented with a bronze Congressional Gold Medal replica replica along with other Tuskegee Airmen for their service during World War II.

Lt Col Adams had a tremendous impact on our country, state, and city. Adams and the other Tuskegee Airmen, though segregated from the “white” units, served their country faithfully, flying many successful missions. He is an example to all of us and is very deserving of having a school named after him. 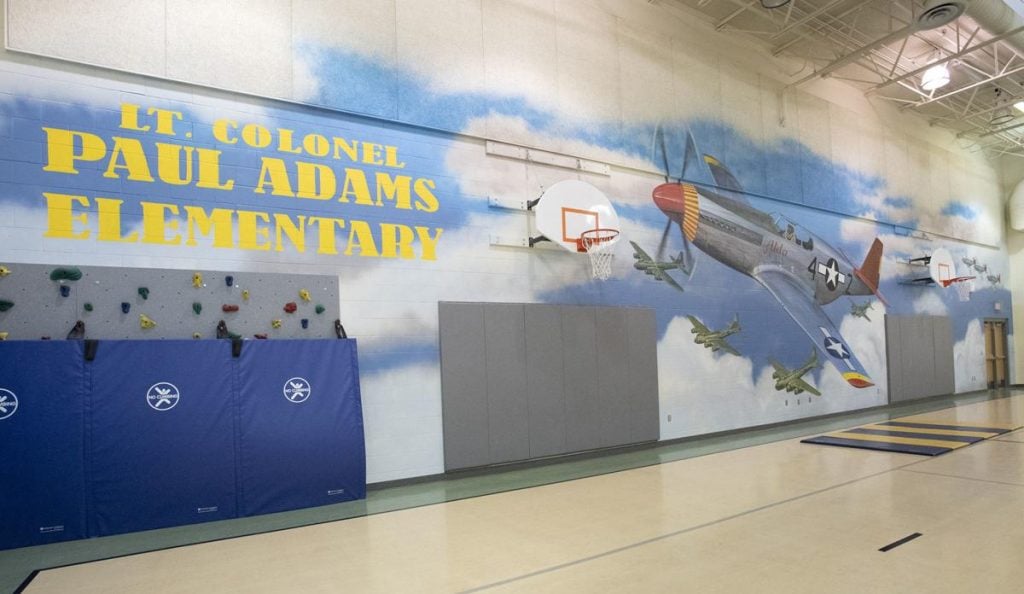 Adams Elementary in Lincoln, NE, is named after Lt. Colonel Paul Adams, opened August of 2008. A mural dedicated to Lt. Col. Paul Adams decorates a wall in the gym.