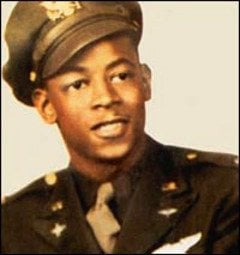 Tuskegee Airman pilot, POW and esteemed educator Alexander Jefferson has served his country with distinction, in the face of great adversity.

Jefferson was born Detroit, MI on November 15, 1921, into a family with a rich history in education and religious leadership. His parents were originally from Atlanta, but they moved north shortly before he was born to take advantage of the factory jobs available in Detroit.

As a child, Jefferson would hang around a small airfield to do odd jobs and help work on the planes, and was able to get his first ride in an airplane when he was still in grade school.

With war on the horizon and a desire to fly, Jefferson planned to join the service, but only after he graduated from Clark College in Atlanta with a degree in chemistry and biology. He then easily passed the written exams and was sworn into the Army Reserves September 23, 1942. He volunteered for flight training but was told to wait to be called. In the interim, he started graduate school at Howard University in Washington, DC to further his studies in chemistry, where he taught a class in organic chemistry to help make ends meet.

“I had long had an interest in chemistry. My mother had always insisted that I read, and she encouraged me to go to the local library, where, after spending countless hours thumbing through scientific textbooks and pamphlets, I decided I wanted to be a research chemist. I always knew I had the intellectual ability to accomplish whatever I wished, and if any doubts ever crept into my mind, the firm hand of my mother quickly dispelled them.”

Before he completed his first year of graduate work, he received orders in April 1943 to report for flight training at Tuskegee Army Air Field, where he would go on to graduate with class 44-A on January 7, 1944. Further fighter training included time at Selfridge Army Air Field, 25 miles outside of his hometown of Detroit.

While there, Jefferson was part of a group that tried to integrate the officers’ club on base. Perhaps lesser known that the Freeman Field Mutiny of April 1945 in Indiana, in May of 1944 Jefferson and his fellow black officers questioned the legality of their exclusion from the Selfridge officers’ club, as it violated an Army regulation that mandated club membership for all officers.

In his book, Jefferson says Selfridge’s white commanding officers “were willing to jeopardize our training and the war effort in order to maintain separate and second-class status for every African American under their command.” These leaders purposefully designated the personnel status of all white officers to “permanent” when the Tuskegee trainees came to Selfridge and ensured the black Airmen were listed as “transient,” regardless of the time spent there. This was done specifically as a way around the regulation to prevent the integration of this space formerly enjoyed by white officers only.

After many peaceful attempts to rectify this wrong, an Army general visited the base to quell the issue and flatly decreed that there should be no socializing between races. For several days following, the Tuskegee Airmen were confined to their posts, locked in without any access to telephones. They were then loaded onto trains without any information about where and why they were leaving Selfridge, and ended up in Walterboro Army Air Base in South Carolina. White soldiers with riffles and bayonets were stationed along both sides of the train when they arrived, prepared for what they were told were rowdy rioters. Walterboro would be their last training stop before deploying to North Africa and Italy for combat duty.

On June 3, 1944, Jefferson and his fellow officers were deployed to Italy with the 301st Fighter Squadron of the 332nd Fighter Group, which would remain segregated from their white counterparts, even while serving in combat. He participated in many successful missions protecting bombers and strafing enemy targets on the ground. Tuskegee Airmen pilots, like Jefferson, soon became well known for their tenacity and skill as escorts, eventually being requested by bomber crews.

During a strafing mission over the southern coast of France on August 12 of that same year, on his 19th mission, Jefferson’s P-51 was hit by enemy fire and he was forced to bail out of his plane. He was reported as killed in action because the other Squadron members in the air with him did not see him make it out of his plane alive. His family was not informed by the Red Cross of this error and his status as prisoner of war (POW) until October.

Upon capture, he was initially questioned by a German officer that had lived and attended college in Michigan, recalling many of the same areas and entertainment that Jefferson had enjoyed growing up. During further interrogations, it became clear that German spies had provided a plethora of information from inside the states and, surprisingly, from Ramitelli Air Field. The amount of intelligence they had collected on him and his fellow Airmen was astounding.

As a POW, Jefferson was moved around to several locations, but, because it was apparent the Germans were losing their territorial holds, Jefferson believed he and his fellow Airmen we treated better than they would have been if they had been captured earlier in the War. On April 29, 1945, Jefferson was liberated from the POW camp Stalag Luft VIIIA. 12 other Tuskegee Airmen were also held there.

Unfortunately, his heroism and sacrifice was overshadowed by racism when he returned to the US, promptly reminded of his second-class status the moment he stepped off the boat in New York City. “It was very discouraging, upon returning to the United States, to find racism, segregation, and other social ills alive and well,” he writes in his memoir. 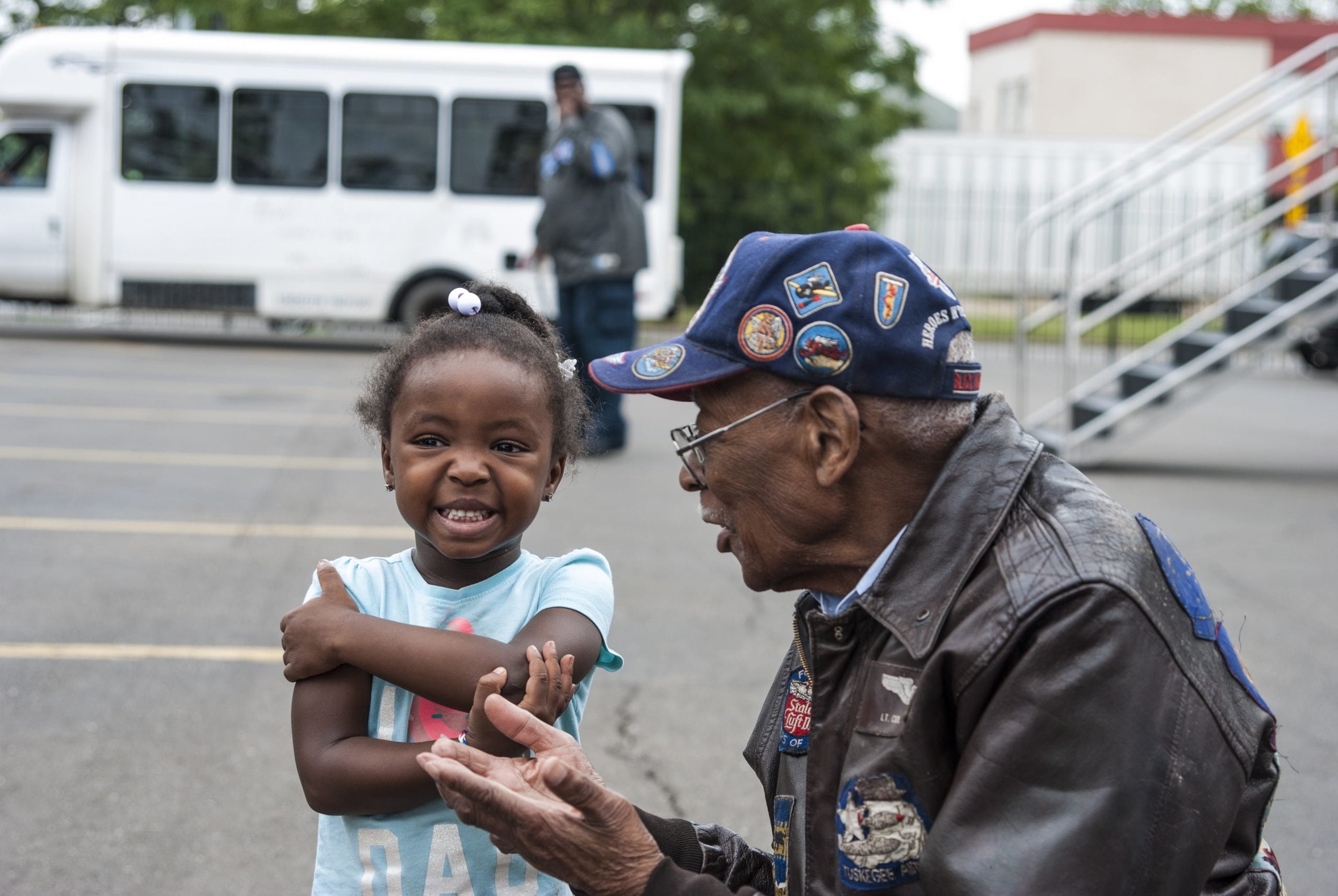 Alexander Jefferson visits with a youngster at the RISE ABOVE Traveling Exhibit.

He was posted back at Tuskegee Army Air Field as an instructor, then on to Lockborne Air Force Base in Ohio. After a reduction of forces moved him from active duty to reserve status, Jefferson, like many of his counterparts, found the transition to the civilian workforce difficult because of stifling racism. After being passed over for positions numerous times, he decided to go back to school to pursue a Master’s degree in science education, and enjoyed a long career teaching elementary science and as a school administrator. He retired from the Air Force Reserves in 1969 with the rank of Lieutenant Colonel.

To read Jefferson’s entire life story, and be inspired by his life and lessons, you can find his book, “Red Tail Captured, Red Tail Free: Memoirs of a Tuskegee Airman” in the CAF Red Tail Squadron store. The book is filled with deeply personal accounts of the racism and obstacles Jefferson faced, lessons of American history generations need to understand and absorb.

You can also see Jefferson in “The Luft Gangster: Memoirs of a Second Class Hero,” documenting his life and experiences. Both items are available in the CAF Red Tail Squadron store, with all proceeds benefiting the mission of the group and their educational outreach efforts.

We salute Lt Col Jefferson for your place in history and the lessons we have learned from your life. Thank you for your service and example of perseverance. 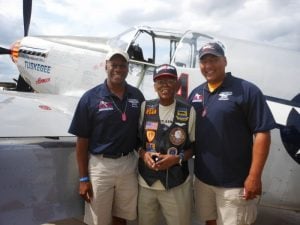