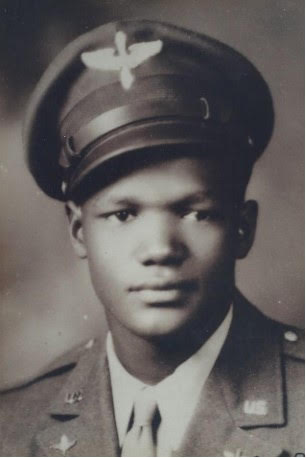 See photos of Flt Officer Rice in the Virtual museum

William Elwood “Woody” Rice was 19 years old when he enlisted in the Army in 1942. “I had always been interested in flying. I grew up watching National Guard airplanes and Navy dirigibles flying over Swarthmore, PA where I grew up”.

In November 1942 while still in high school Woody went into Philadelphia to enlist for pilot training in the Army Air Corp. Because there was already a filled quota for Black pilot training his induction was placed on hold. While waiting for a spot as an aviation cadet Woody was drafted into the Army and sent to Fort Meade, MD. While at Fort Meade his orders came through for pilot training in Tuskegee, AL. “After my pilot training orders came through I left Washington, DC at night by train in a Pullman car. I grew up in the North where racism and segregation was not as readily apparent but I was aware of it. When I arrived in Nashville, TN I was removed from the Pullman car and moved to a segregated train car up front with the other Negro people until we arrived in Biloxi, MS”.

In December ’44 Woody received his orders to go overseas. “After receiving time off to visit our folks back home we were placed onto old Liberty ships that were loaded down with locomotives, trucks and everything else needed for the war effort. Our orders were for Ramitelli Airfield in Italy where the 332nd was located’’. 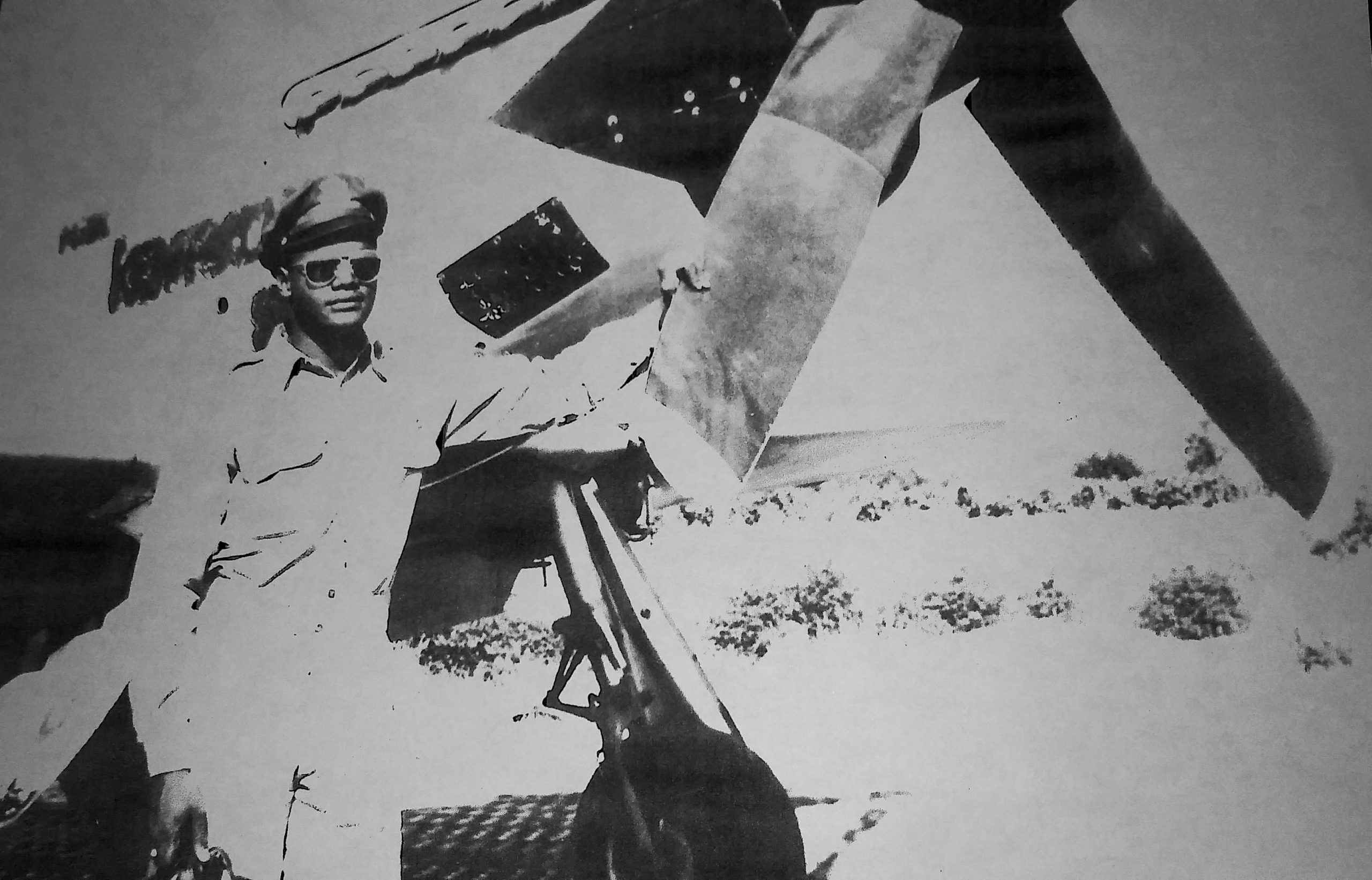 While in Italy members of the 332nd continued to experience racism but it was usually from servicemen from the Southern US. “Some of the southerners called us monkeys. In Rome during V – J Day as we were partying, we heard a Southern ground officer making racial slurs. We ignored him because most of the bomber groups did not know that the pilots escorting them day in and out were an all- black unit. None of my instructors were black, except the ones in primary training on the campus at Tuskegee. I had a white instructor from Boston tell me that the black pilots that washed out from Tuskegee were better than some of the white pilots that graduated with him”. 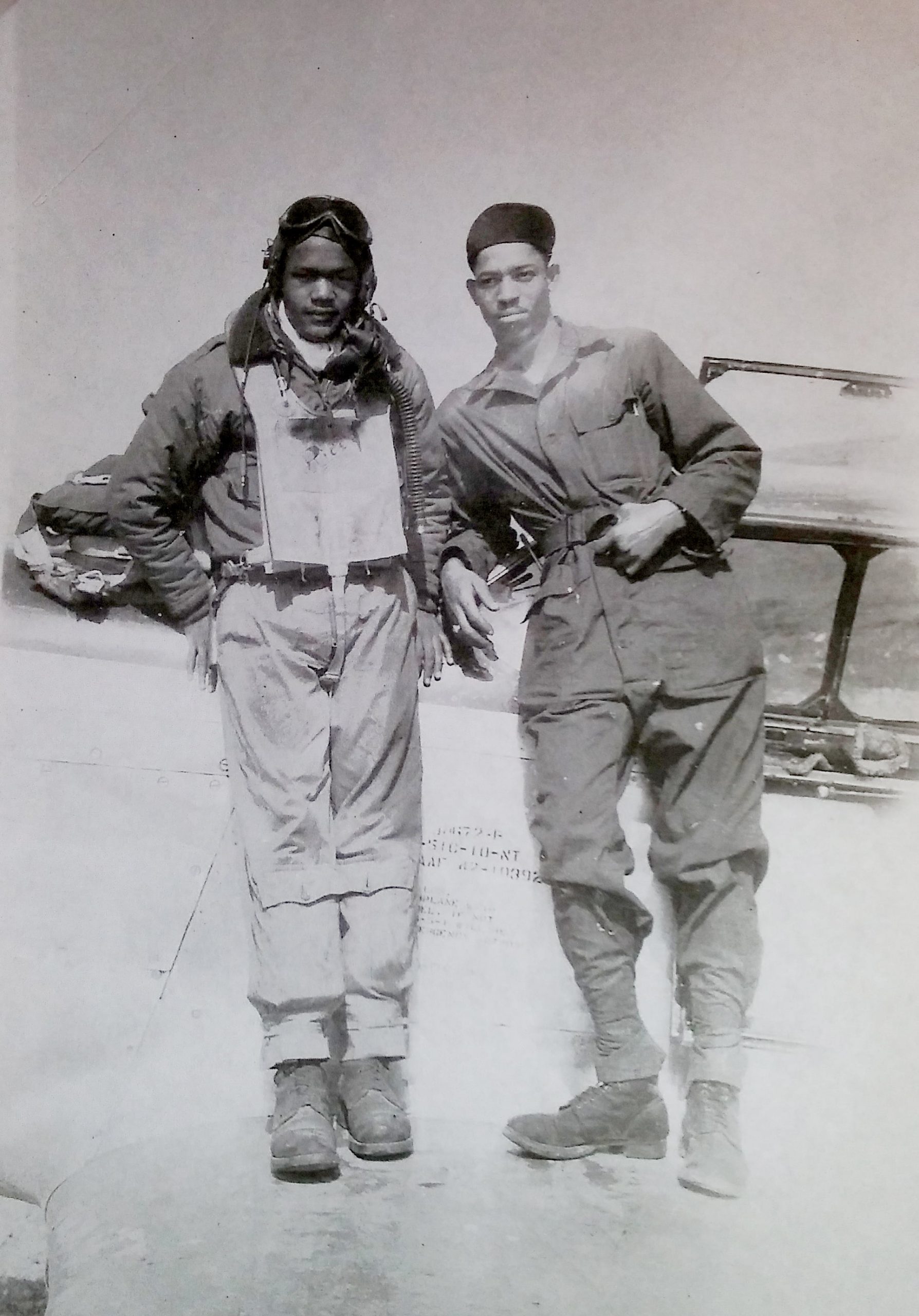 William Rice and Crew chief, Rametelli Air Base in 1945

From Ramitelli, the 332nd escorted heavy strategic bombers into Czechoslovakia, Hungary, Poland, and Germany firing on enemy planes approaching the bombers and on anti-aircraft artillery on the ground.

Woody flew in 34 combat missions including the final and longest escort mission from Ramitelli, Italy to Berlin Germany on March 24, 1945. The purpose of the mission was to provide close escort from the B-17 bombers attacking the Daimler/Benz tank Assembly Plant in Berlin.

William E. “Woody” Rice was discharged from the Army Air Corp in 1946 achieving the rank of 1st Lieutenant. After his discharge he returned to his hometown, started a family and worked for the Pennsylvania Railroad then for the Boeing Corporation for more than 40 years, retiring in 1993.

In 2007 Tuskegee Airman William “Woody” Rice was interviewed by Elvis Mitchell and appears in the “The Black List”, a book chronicling the struggles, triumphs and joys of black life in America by twenty-five prominent Americans of various professions disciplines and backgrounds.

In March 2011 Woody attended the Red Tail Pilots Reunion in Orlando, FL. This reunion marked the 66th anniversary of the mission to Berlin, Germany and provided him with the opportunity to see fellow Tuskegee Airmen he had not seen since the end of World War II.