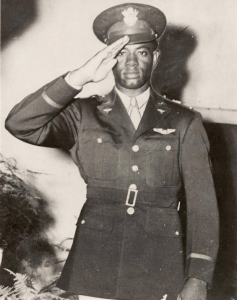 Ashley graduated from Morris College High School and attended the Hampton Institute in Virginia where he learned how to fly with the Civil Air Patrol. He was a member of the first class of the Tuskegee Institute class 42-C, with 12 cadets, graduating July 3, 1942.   Ashley was the first to fly solo, to receive his flying wings and to earn his second Lieutenant bars.

On June 9, 1943 six pilots of the 99th Fighter Squadron became the first Tuskegee Airmen pilots to engage in aerial combat. Led by Lt. Charles Dryden, Lt. Willie Ashley, Sidney P. Brooks, Lee Rayford, Leon Roberts and Spann Watson, exchanged fire with German fighter planes, with no losses to either side. The Italian garrison on Pantelleria surrendered on June 11, 1943, in large part due to the powerful air attacks it had been subjected to. The 99th Fighter Squadron was a key part of the air assault. 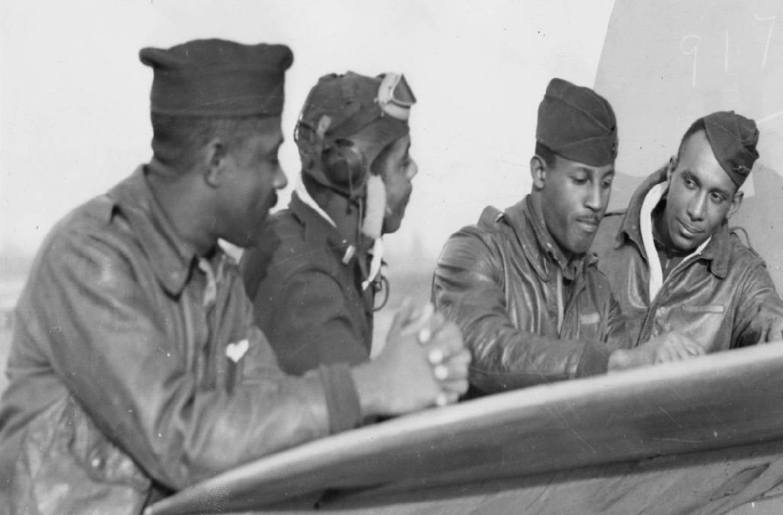 Lt. Willie Ashley (left) with members of his squadron in 1944

He returned home and continued to serve in the U.S. Air Force Reserve. Ashley graduated from University of Omaha and later earned a master’s degree in parasitology from Catholic University and a doctorate in philosophy. He held positions in U.S. government agencies, was a professor at Howard University, and is buried at Arlington National Cemetery in Arlington, Virginia. Ashley retired with the rank of Lt Col. 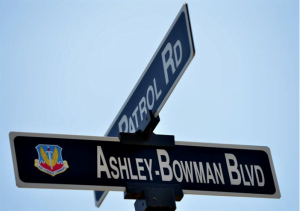 A road on Shaw Air Force Base was named for two Sumter natives who flew with the famed Tuskegee Airmen in World War II. The road, now officially “Ashley-Bowman Boulevard,” begins at the Sumter Gate on U.S. 378 and St. Paul’s Church Road and continues on the base to Dryden Way. The road was named in memory of Lt. Col. Willie Ashley and 1st Sgt. Leroy Bowman, who both grew up in Sumter and later flew in World War II. 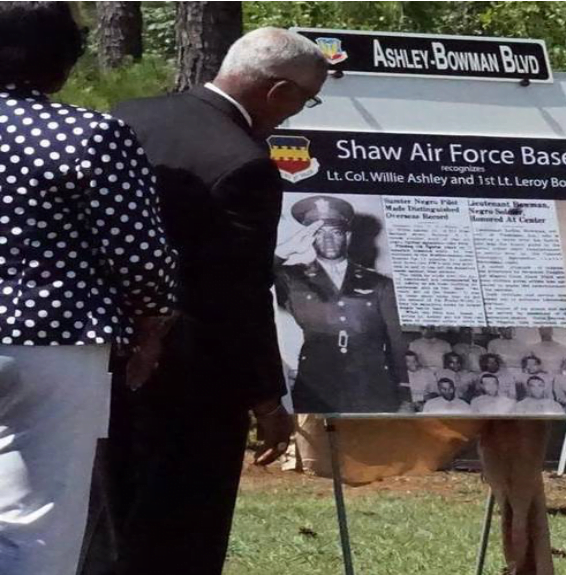 Thank you to Alfred Reeves for researching and submitting this profile!

Red Tail / Angel Combat Pilot “I guess I’ve never been accepted by anybody.  My birth certificate makes me too black for white people; and I’m too white for black people, so I guess I’ll

Ethel Meyer Finley Class 43-W-5 b, 1921 d. Feb. 24, 2006 “Teaching had always been a woman’s profession and so consequently there wasn’t that much objection, and the men wanted to go to combat anyway.” Ethel