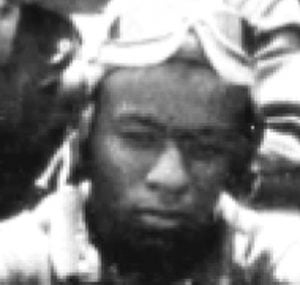 William Edward Hill’s interests in aviation and engineering began at an early age, a fact his fellow students at South Kingstown High School recognized when writing predictions for the future in their 1941 yearbook. “The Class Prophecy”

pages of the yearbook foretells that in the future, William will be found “working at the Douglas Aircraft factory in California.” The predication that airplanes would play an important role in young Mr. Hill’s future was indeed prophetic.

Born July 31, 1923, in the town of Tappahannock, Essex County, Virginia, Hill’s father, also named William, was a truck driver and eventually the owner of the Surf Garage automobile repair shop. Hill’s mother was Fannie Esther Monroe who had been born in the same town as her son nearly 30 years earlier. Hill, his father, mother, and older sister Gloria would move from Virginia to the town of Narragansett, Washington County, Rhode Island. The family would live in a house owned and built by Hill’s father at 83 Boon Street. Fannie would help family finances by taking in laundry work at home.

Hill graduated from South Kingstown High School, Rhode Island, in 1941, which he attended along with sister Gloria. The 1939 yearbook has a poem referencing the pair: “Then Gloria Hill, whose wit deserves A plus/And brother William, known as Foo to us.” Interestingly, “foo” was a nonsensical word made popular by the 1930s comic Smokey Stover by Bill Holman, and it eventually would be used during the World War II era by pilots referencing unidentified phenomena.  Hill worked at jobs that were closely related to his interests in airplanes and engineering, including for the U.S. Engineers at Fort Nathanael Greene in Narragansett during 1942.

Hill’s desire to fly was so strong that the Rhode Island Aviation Hall of Fame website mentions that according to sister Gloria, “William had tried previously to get into the aviation cadet program but was turned down. He persisted, however, going so far as to write a personal letter to President Roosevelt. The persistence paid off; he was finally accepted into the flight program in December 1942.” Hill graduated the flight program on August 30, 1943, with class SE-43-H from the Tuskegee Army Air Field in Alabama. The Providence Journal newspaper identified Hill as the “first black pilot from Rhode Island in the Army Air Forces.”  He was assigned to the 302nd Fighter Squadron of the 332nd Fighter Group. 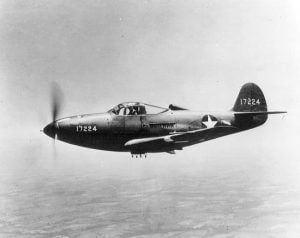 On November 22, 1943, 2nd Lt. Hill was flying a P-39Q Airacobra on an aerial gunnery training mission approximately three miles off shore over Lake Huron. At the time, Hill was training at Oscoda, which at the time was a satellite training location of Selfridge Field, Michigan for a planned overseas January 1944 deployment. The plane caught fire about 9:00AM Eastern War Time. Hill parachuted from the plane into Lake Huron, but unfortunately did not clear himself of the parachute upon hitting the water. His body was never found.

On the back of the gravestone belonging to Hill’s parents located in the Riverside Cemetery in South Kingstown, despite his body never being recovered, etched in stone, is “1923 William E. Hill 1943.” It is a quiet reminder of a young American patriot who gave his full measure in service to his nation. Hill has received at least two posthumous honors for his service and bravery. First, he was recognized on the “World War II Honor List of Dead and Missing” for the State of Rhode Island by the War Department in 1946. Second, he was inducted into the Rhode Island Aviation Hall of Fame during 2009 with a Minorities in Aviation, Special Recognition Award.