We offer the following assets to your air show or community event/venue: 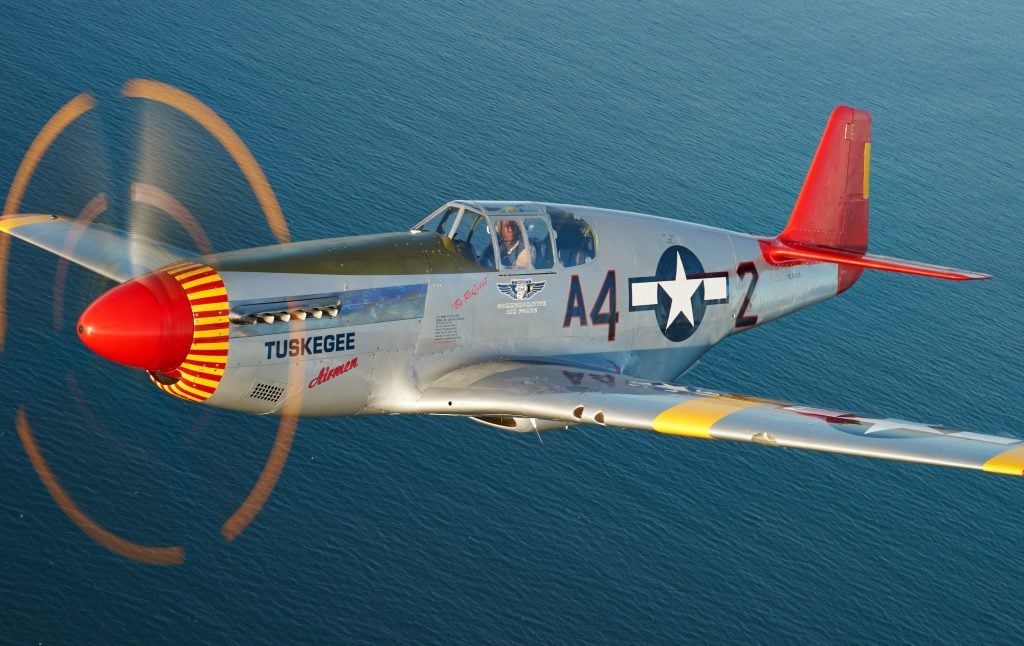 This signature aircraft of the Tuskegee Airmen painted with the recognizable “red tail” will draw crowds and media attention. It is a museum without walls, bringing the story of the Tuskegee Airmen to audience’s coast to coast, and is one of only a few like it still flying. It is a tangible piece of history to help people – particularly young people – understand and appreciate the importance and legacy the Tuskegee Airmen as they fought the Nazis overseas and racism at home. The Mustang is available for static display at locations with available aviation services, as well as aerobatic performances at air shows. 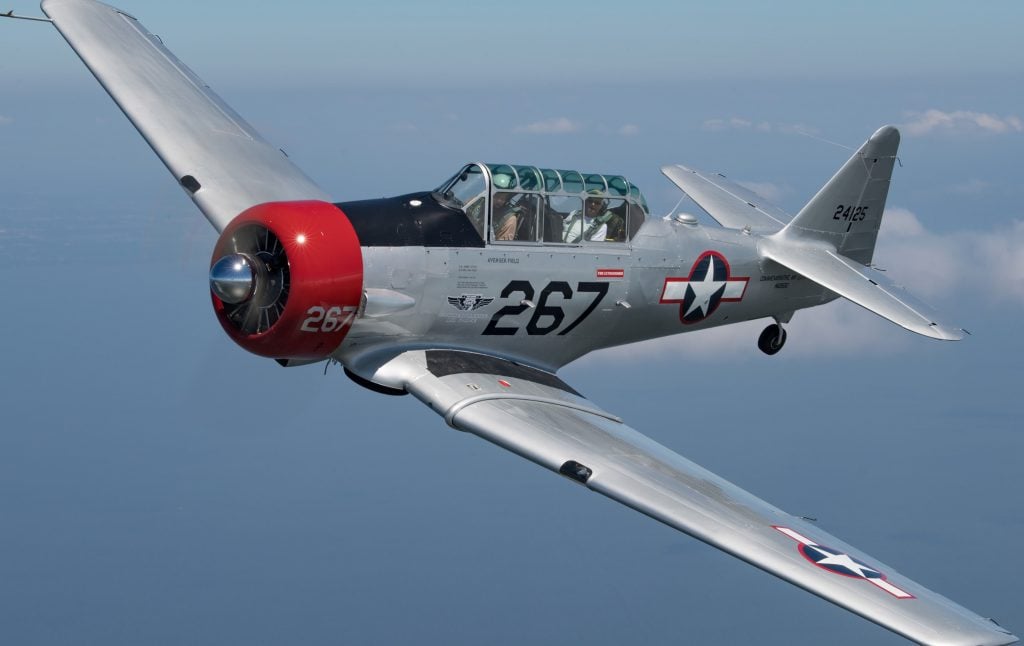 The AT-6 Texan, Nella, is cared for and operated by the CAF WASP Squadron. Nella is named after Fifinella, the mascot of the Women Airforce Service Pilots. This AT-6 is an advanced training aircraft with a true WASP legacy. The airplane was used at the all-female Avenger Field in Sweetwater, Texas where the WASP attended military flight training.

Since the WASP flew nearly all of the World War II aircraft, the exhibit can also be supported by any number of warbirds local to the communities we visit allowing us to tell many different stories about the WASP. 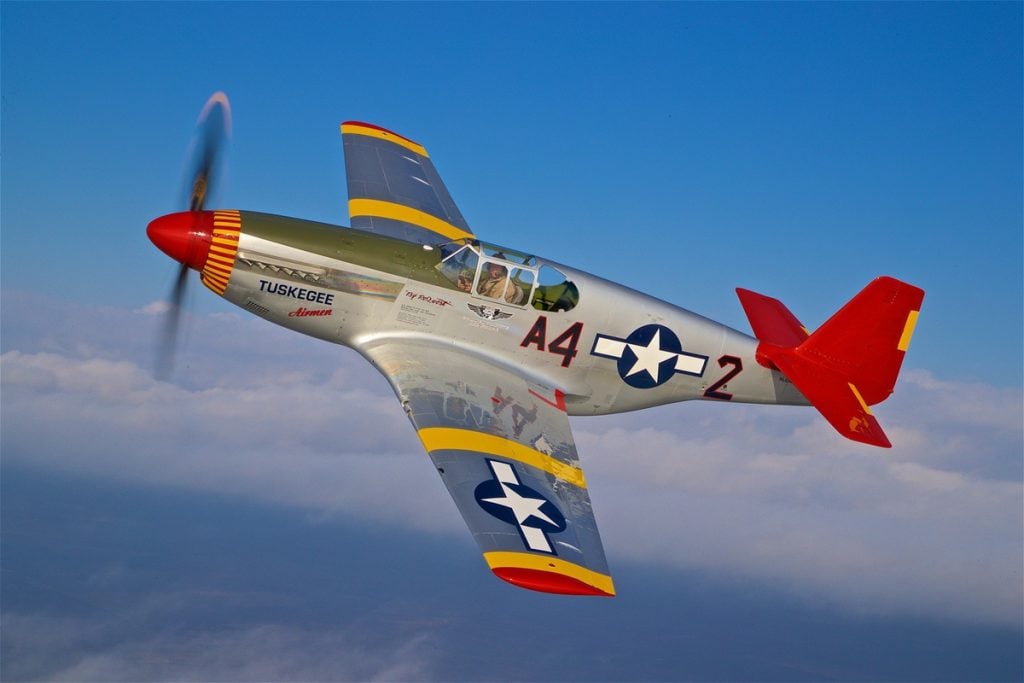 The P-51 Mustang aircraft manufactured by North American Aviation for use as a fighter in World War II made it’s debut in 1940, going into service in 1942 with the Royal Air Force, then in 1942 with the US Army Air Corps.

Our P-51C Mustang Tuskegee Airmen, tail number N61429, saw service stateside as a trainer in 1945, then declared surplus after the war ended. It was displayed at Montana State College (now Montana State University) for 40 years before being donated for restoration. The CAF took possession of the aircraft in the late 1980s, and was initially restored to flying condition in 2001. 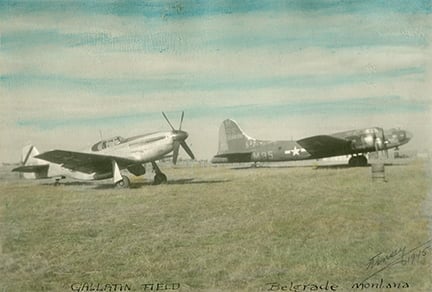 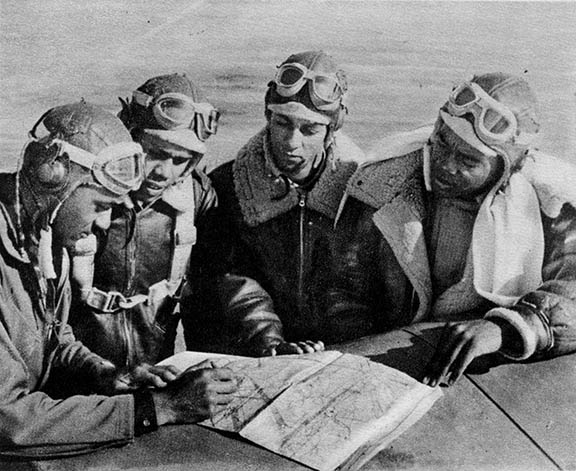 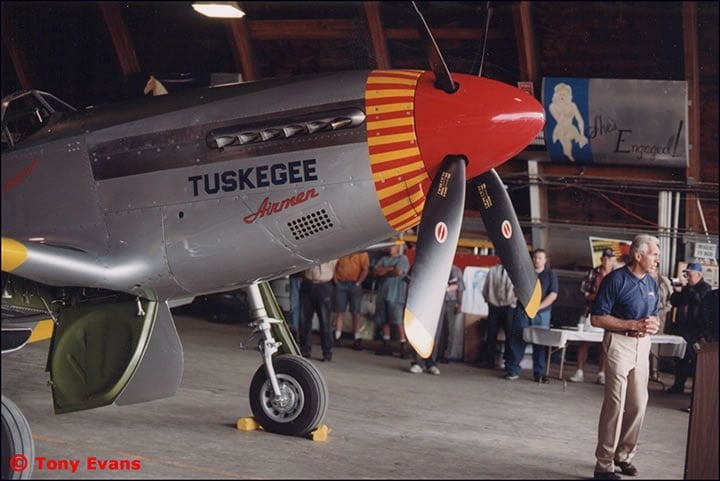 In the mid-1990s, Don Hinz, a retired US Navy Commander and businessman, spearheaded the foundation of what would become the CAF Red Tail Squadron along with members of the CAF Minnesota Wing. Their vision was to restore a P-51C Mustang as a vehicle to spark conversations and educate young and old alike about the often-overlooked history of the Tuskegee Airmen.

The CAF Minnesota Wing dubbed the initial restoration the “Red Tail Project” and raised more than $500,000 to complete the work. Volunteers provided much of the labor, contributing their time and expertise to bring the project to fruition. In 2001, the Mustang was christened Tuskegee Airmen, painted with a bright red tail and flew again for the first time in more than 45 years.

Unfortunately, at a great loss to the organization and entire aviation community, Don lost his life in an accident caused by an engine malfunction of the Tuskegee Airmen at an airshow in 2004. Don was credited with using his piloting skills to avoid injuries on the ground and a post-crash fire in the dead-stick situation. Tragically, he survived the accident only to succumb to his injuries the next day.

To honor him and to continue the important outreach work of the CAF Red Tail Squadron, the aircraft was fully restored a second time and returned to the skies in 2009, a testament to the group’s perseverance, belief in its mission and commitment to the vision of Don and other founding members.

For an in-depth look at the history of the CAF Red Tail Squadron, the restorations of the aircraft and the Squadron’s commitment to the legacy of the Tuskegee Airmen, check out the award-winning film “Red Tail Reborn” 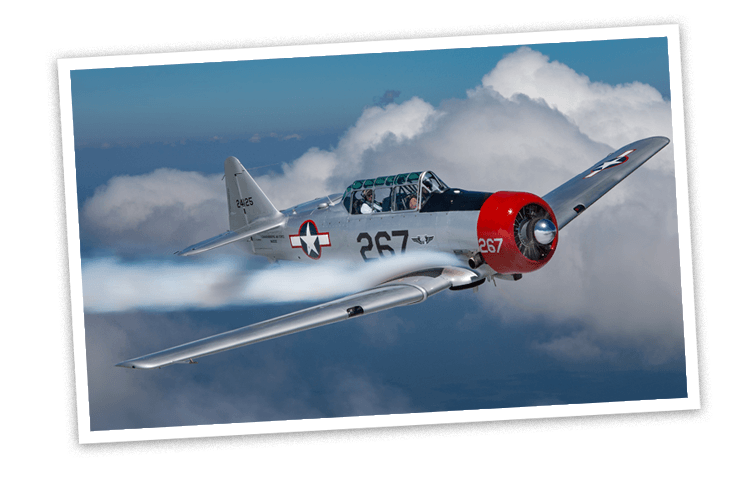 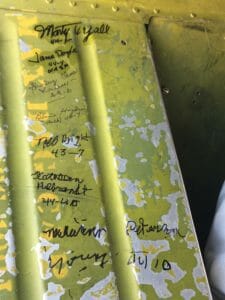 Nella has had the privilege of flying several WASP during its tenure as the aircraft of the CAF WASP Squadron. When one of these special guests takes a flight, the heroic, groundbreaking aviator signs her name to the aircraft’s luggage compartment making this “museum without walls” a truly remarkable, one-of-a-kind artifact!