Mrs. Roosevelt goes for a ride 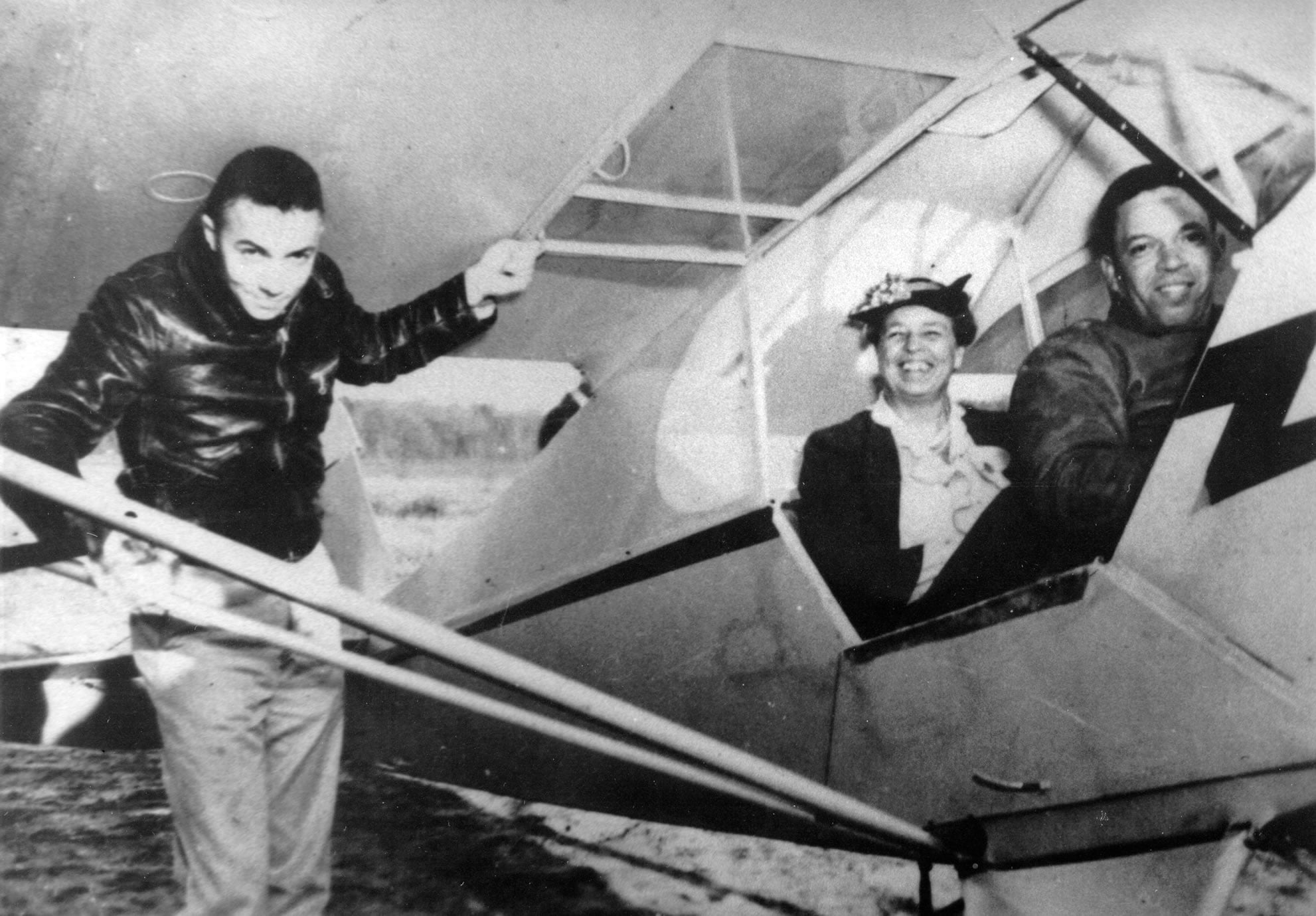 First Lady Eleanor Roosevelt takes a ride in a JP-3 Piper airplane used for training at Tuskegee. She is pictured here with the Director of Training at Tuskegee, Lewis Jackson, and Chief pilot Charles Alfred “Chief” Anderson, who piloted the plane.

First Lady Eleanor Roosevelt visited Tuskegee in March of 1941 to observe their Civilian Pilot Training Program. Much to the contrary of the will of her companions, Mrs. Roosevelt requested an orientation flight. She was taken up for a view of the training area in a JP-3 Piper Cub, an aircraft used for flight training, by Tuskegee Institute’s chief instructor pilot Charles Alfred Anderson.

Prior to his time at Tuskegee, the self-taught Anderson was one of the first black Americans to earn a private pilot’s license and to qualify as a transport pilot. He was known for co-piloting several monumental transcontinental flights in the early and mid-1930s. He had served as the chief civilian pilot instructor at Tuskegee prior to the Civilian Pilot Training Program, and had earned the nickname “Chief” that stayed with him throughout his Tuskegee days.

Mrs. Roosevelt’s visit was prior to the final construction of Moton Field, so the flight actually took off from Kennedy Field, another airfield in the Tuskegee area that was a part of the program at that time. As a trustee to the Rosenwald Fund, her experience helped secure the financing needed for the construction of Moton Field, the location of the primary phase of Tuskegee Airmen military pilot training.

The First Lady’s presence and positive reports brought much needed visibility and support to the program at Tuskegee.