Based on the history and life lessons of the Tuskegee Airmen of World War II. 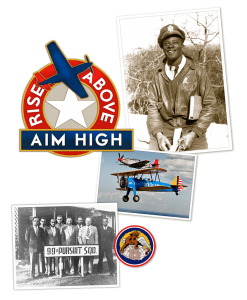 The pilots and support personnel who became known as the Tuskegee Airmen shared a common goal –to serve our country during World War II. What made them different from other service members with the same patriotic zeal was the color of their skin, and the fact that racism had prevented people of color from becoming pilots in the U.S. Armed Forces.

The young men who would become the Tuskegee Airmen dreamed of flying. When others told them it was impossible, they made their dreams come true by working hard. 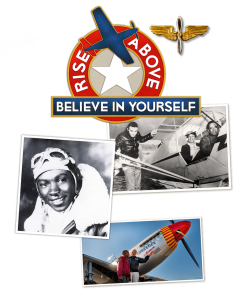 In the 1940s, the ignorance of segregation and racial prejudice was pervasive in the American landscape. Because of this, the U.S. military would not give black men the opportunity to train as pilots. As the country geared for war, President Franklin D. Roosevelt was pressured to change that. In 1941, he ordered the U.S. Army Air Corps to set up special flight-training programs for black aviators, although it was not expected to succeed.

The Tuskegee Airmen lived in a time when people were often judged by the color of their skin and not their abilities. However, by believing in themselves and working hard, the Airmen became heroes. Believe in the power within yourself to make a difference. 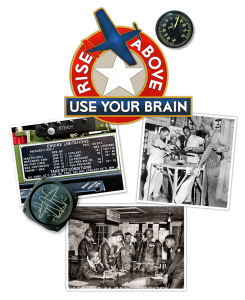 Like many military flight cadets, the young men who applied for the flight-training program at Tuskegee Institute were smart. Many had attended college and earned degrees, but it wasn’t easy to get through the program. The first class had 13 cadets, and only five earned their wings. In all, just 996 pilots made it through the Tuskegee program from 1941 to 1945.

Your brain is like a muscle – stop using it and it gets weak. The Tuskegee Airmen put their minds to work and became American legends. By using our brains we can realize our full potential. 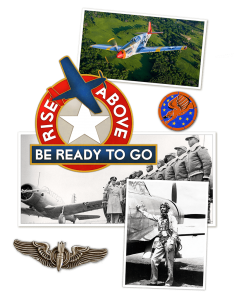 Be Ready To Go

The Tuskegee Airmen were sent to North Africa and then to Italy to support the Allied push into Nazi Germany. From June 1943 until April 1945, 450 Tuskegee-trained pilots flew more than 1,500 combat sorties. They flew many kinds of missions, but it was as bomber escorts that the Tuskegee Airmen are most remembered. The 332nd Fighter Group had the tails of their airplanes painted red and soon the bomber pilots began requesting the “red tail angels” because the Airmen were such skilled pilots and fierce fighters, earning a reputation for getting the bombers safely to and from their missions.When the Airmen were called on to defend their country, they had been training for many months and were ready to go. Every day is your chance to be a little smarter, a little stronger and ready for the next opportunity. 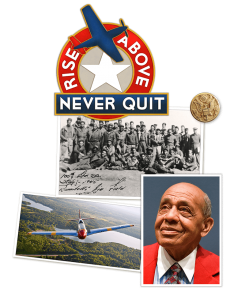 While training at the Tuskegee Institute in Alabama, the Airmen had to endure the injustices of racism. The Tuskegee Airmen were U.S. Army Air Corps officers by rank, but were still subjected to insults and second-class status. They persevered to rise above this ignorance and focus on the mission.

Be persistent. Be patient. Never, ever quit! Make a little progress every day. After years of nobody believing in them, the Tuskegee Airmen earned a reputation for being among the best… but it didn’t happen overnight. 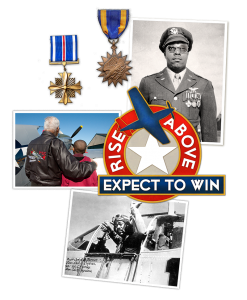 As the Tuskegee Airmen defeated the enemy, they also destroyed the belief that a person should be judged by the color of their skin. Their excellence helped to change long-held beliefs, which contributed to the desegregation of all branches of the U.S. military in 1948.

Know your own value and Expect to Win, regardless of what those around you believe.