The Tuskegee Airmen were America’s first black military pilots and their support personnel. They are best known for the extraordinary efforts in the air war of World War II, and for challenging the stereotypes that had kept black Americans from serving as pilots in the U.S. Armed Forces. Here you will find in-depth, historically accurate information about the Tuskegee Airmen. Expand your knowledge and be inspired! 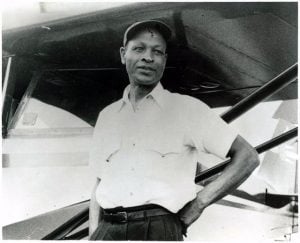 Cornelius Coffey was the first civilian black aviator to hold both a pilot’s and mechanic’s license. He founded the Coffey School of Aviation, the first privately run training school for black pilots in the U.S., which became part of the Civilian Pilot Training Program.

There were only a handful of black aviators in the early 1900s, and most were self-taught or trained overseas because of the severe lack of opportunities for all black Americans at that time in our country. Famous civilian black aviators like Eugene Bullard, Bessie Coleman, Willa Brown, James Herman Banning, John C. Robinson and Cornelius Coffey were early pioneers in the industry, but were not allowed to serve their country as military pilots because of their race.

Like many others in the late 1930s, the individuals who become known as the Tuskegee Airmen were full of patriotic zeal and eager to join military service as the war in Europe and Asia intensified. What set them apart was that they had the passion and skill to fight the enemy from the air as pilots, something that black Americans had never been allowed to do before. Segregation and racism were still profoundly rooted in the country, especially in the southern United States. Black Americans that joined military service were restricted as to what kind of jobs they could hold, and all branches of the Armed Services were just as segregated as the civilian world. It was unjust and unfair, and, left a lot of talent untapped that would prove important to the war effort.

Many black Americans applied to the United States Army Air Corps Civilian Pilot Training Program in the late 1930s for flight training, but were initially rejected because of the color of their skin. At that time, all branches of the U.S. military were deeply segregated and were still influenced by a 1925 Army War College report full of cruel and untrue generalizations about the behavior of black men during wartime and the black race in general. 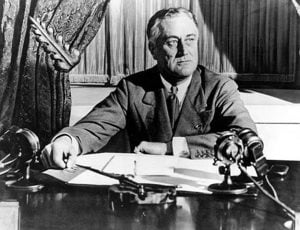 President Franklin D. Roosevelt was petitioned by many black Americans to allow them to enroll in the Civilian Pilot Training Program.

In 1940, under pressure from activists, the press and political groups, and responding to the campaign promises of President Franklin D. Roosevelt, the USAAC reversed its position and began to accept black applicants to their flight programs, and the next year created a segregated unit for these new aspiring pilots. The program would include all the pilots and enlisted support personnel who would give their service to the all-black unit.

Ultimately, President Harry S. Truman issued EXECUTIVE-ORDER-9981 on July 26, 1948, finally abolishing discrimination “on the basis of race, color, religion or national origin” in the United States Armed Forces. In addition to integration of the armed forces, the order also established an advisory committee to examine the rules, practices, and procedures of the armed services and recommend ways to make desegregation a reality. Despite the issuing of the order, there was considerable resistance from the military. The full effects would not be felt until the end of the Korean War. The Army’s last segregated units were finally disbanded in 1954.

The new cadets who would one day be called the Tuskegee Airmen were determined to create a record of excellence during their training and future war service so there could be no doubt about their value as patriots and aviators. Their ability to triumph over adversity and go down in history as extremely adept pilots not only proved their worth, but continues to inspire future generations to rise above their own obstacles to achieve success. They were not only pilots – the Tuskegee Airmen were a collective group of over 14,000 men and women who came together in all the various roles required to enable the pilots in their history-making journey.

In 1942, the African-American paper The Pittsburgh Courier called for a double victory campaign, victory in the fight against fascism abroad and victory in the fight against racism at home. In addition to their war service, the success of the Tuskegee Airmen in the Civilian Pilot Training Program and in the U.S. Army Air Corps played a leading role in the desegregation of the U.S. Armed Forces in 1948, setting the stage for further civil rights laws and social justice for black Americans in the decades to come. 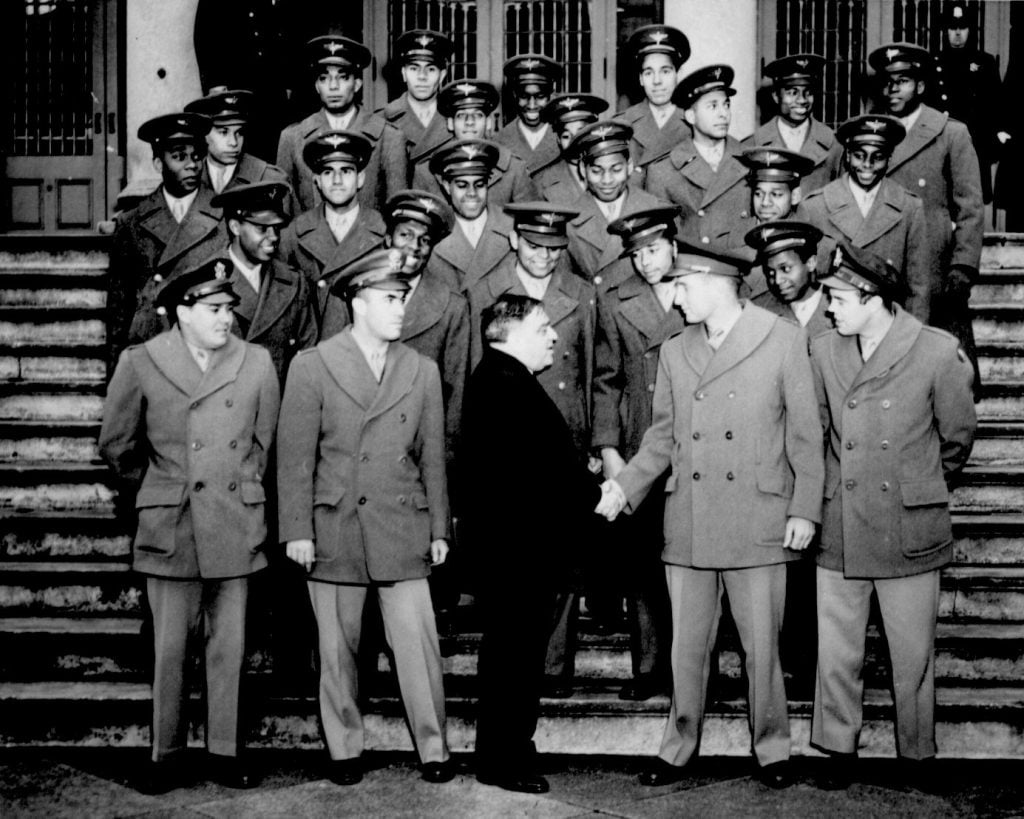