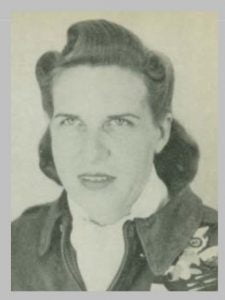 July 8, 1943
Dearest Sis,
Kindly note change of address. I am so happy to be here and can hardly realize that I am actually a part of this marvelous new program. It was a real thrill when I first saw these tremendous air fields, the huge hangars, and the beautiful planes in the air; my heart simply started to pound.
Love, Spook

The daughter of E.J. and Alma Blank, Edna was born Aug. 17, 1917, in Ripley and had her early education in Cushing where her father was a banker. The family was active in the Presbyterian Church of Cushing. She attended Cushing schools and graduated from Ferry Hall High School a finishing school at Lake Forest, Ill. She was a graduate of Mills College, Oakland, Calif.; and later graduated from Tobe’ Cloburn Merchandising School in New York City, before being employed with Lord & Taylor department store.

As a young woman she attended Spartan School of Aeronautics in Tulsa, and was a graduate pilot of the Women’s Air Force Service Pilots in Sweetwater, Texas. 1943-1944. 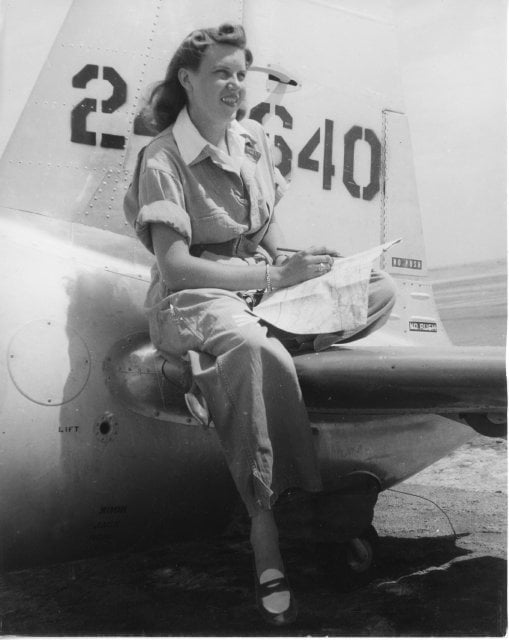 She was a charter member of the Rev. John Robinson Chapter of the Daughters of the American Revolution (DAR) and a former State Indian Chairman of DAR, and on the Board of Trustees of Bacone College of Muskogee. Other memberships included Philbrook Art Museum, Tulsa Philharmonic, Tulsa Opera Guild, Tulsa Historical Society, Five Tribes Museum, Air-Space Museum and was a Gillie Volunteer for Gilcrease Museum.