A chance to reflect

On this day that marks the 16th year since September 11, 2001, we collectively share a sense of quiet reflection to never forget a day that broke hearts around the world.

The moments of tragedy that pepper our history – be it war, terror, disaster – evoke a common thread as we look back to learn, and learn we must. Freedom. Reverence. Understanding. Remembrance. In our efforts to honor the legacy of the Tuskegee Airmen, we stand in solidarity with others who have similarly struggled to rise above challenging times. Moments that are a part of us, but do not define us. 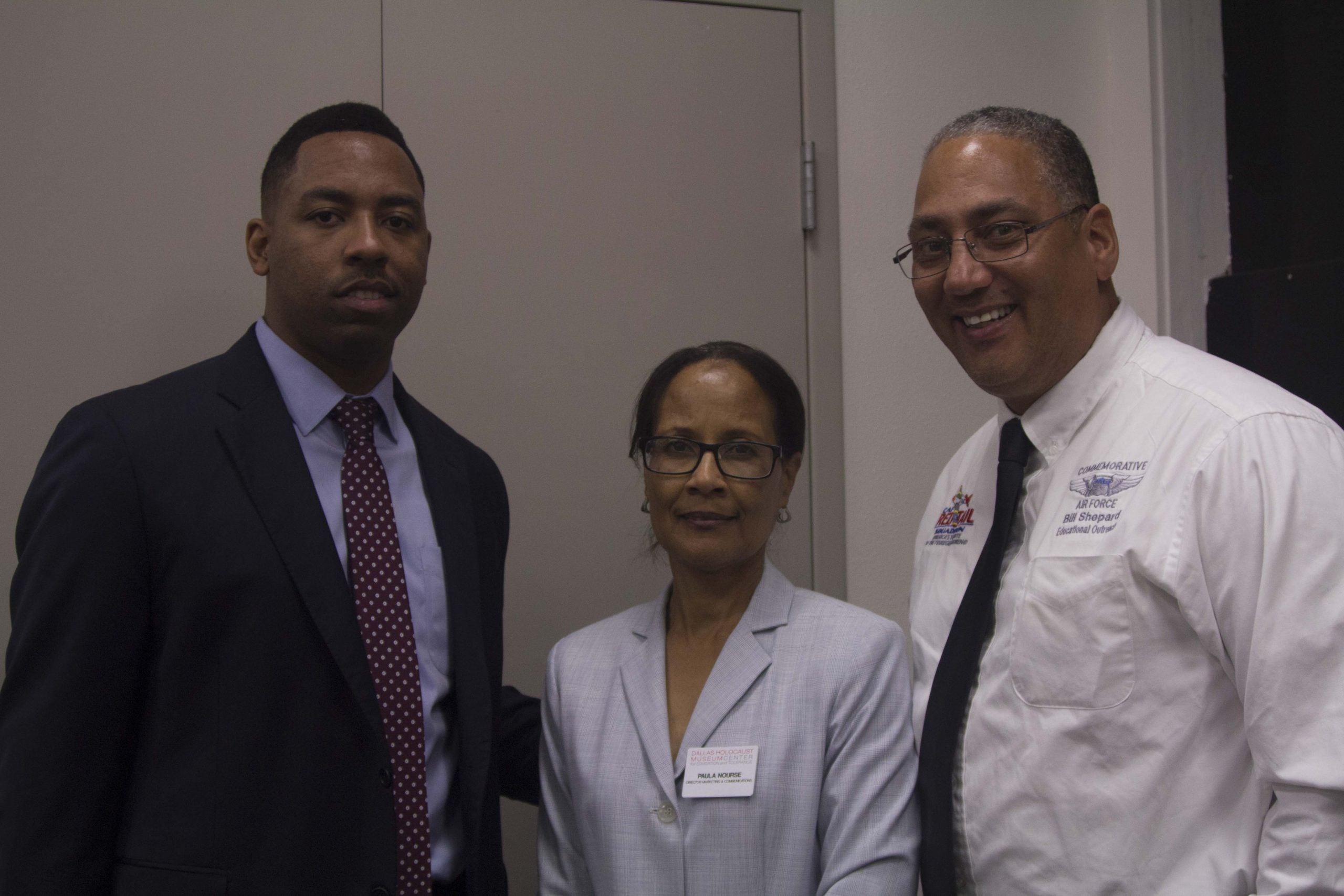 Paula Nourse (center) of the Dallas Holocaust Museum and Bill Shepard (right) visit with a pilot from the United States Navy, a special visitor to the event

Late last week, our very own P-51C Mustang pilot Bill Shepard represented the CAF Red Tail Squadron at a special tribute to the Tuskegee Airmen at the Dallas Holocaust Museum Center for Education and Tolerance. The event was to celebrate the grand opening of a special exhibit “Fighting for the Right to Fight: African American Experiences During WWII” that will be on display through January 26, 2018.

It is an honor to support organizations that are also working diligently to educate our communities with these important pieces of history. Together, we can help inoculate our future from the transgressions of our past. 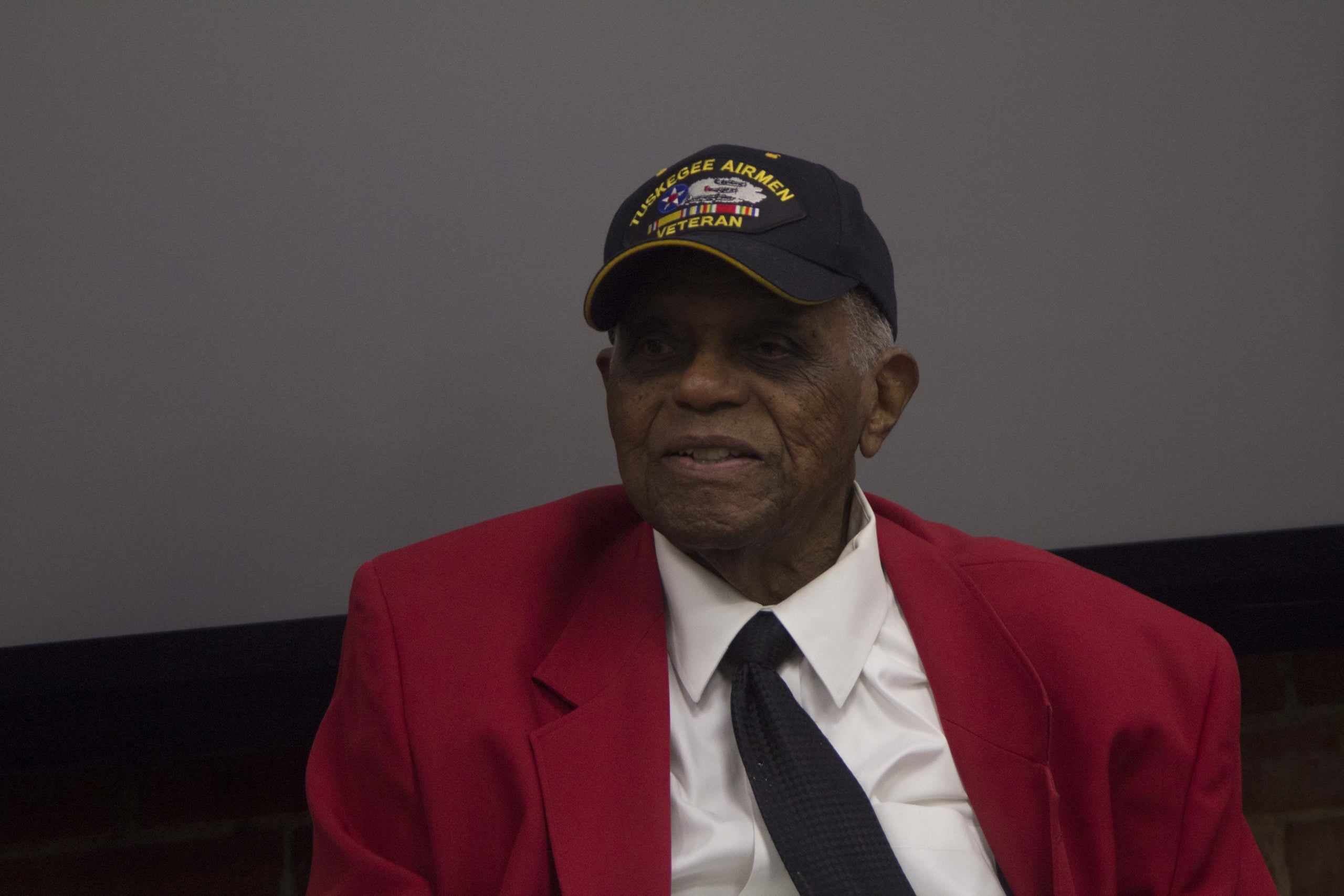 Shepard was on hand for opening night, along with original Tuskegee Airman Robert McDaniel, a bombardier navigator, and Dr. Todd Moye, associate professor of history and director of the Oral History Program at the University of North Texas. Dr. Moye is the author of Freedom Flyers: The Tuskegee Airmen of World War II, an in-depth look at the experience of the Tuskegee Airmen, filled with personal narratives of the men and women who bring this piece of history to life.

Special guest Mrs. Erma Platte, wife of the late Tuskegee Airmen instructor Captain Claude R. Platte, was in attendance as well. Claude Platte was an instructor pilot at Tuskegee, and was the founder of the DFW chapter of Tuskegee Airman, Inc. 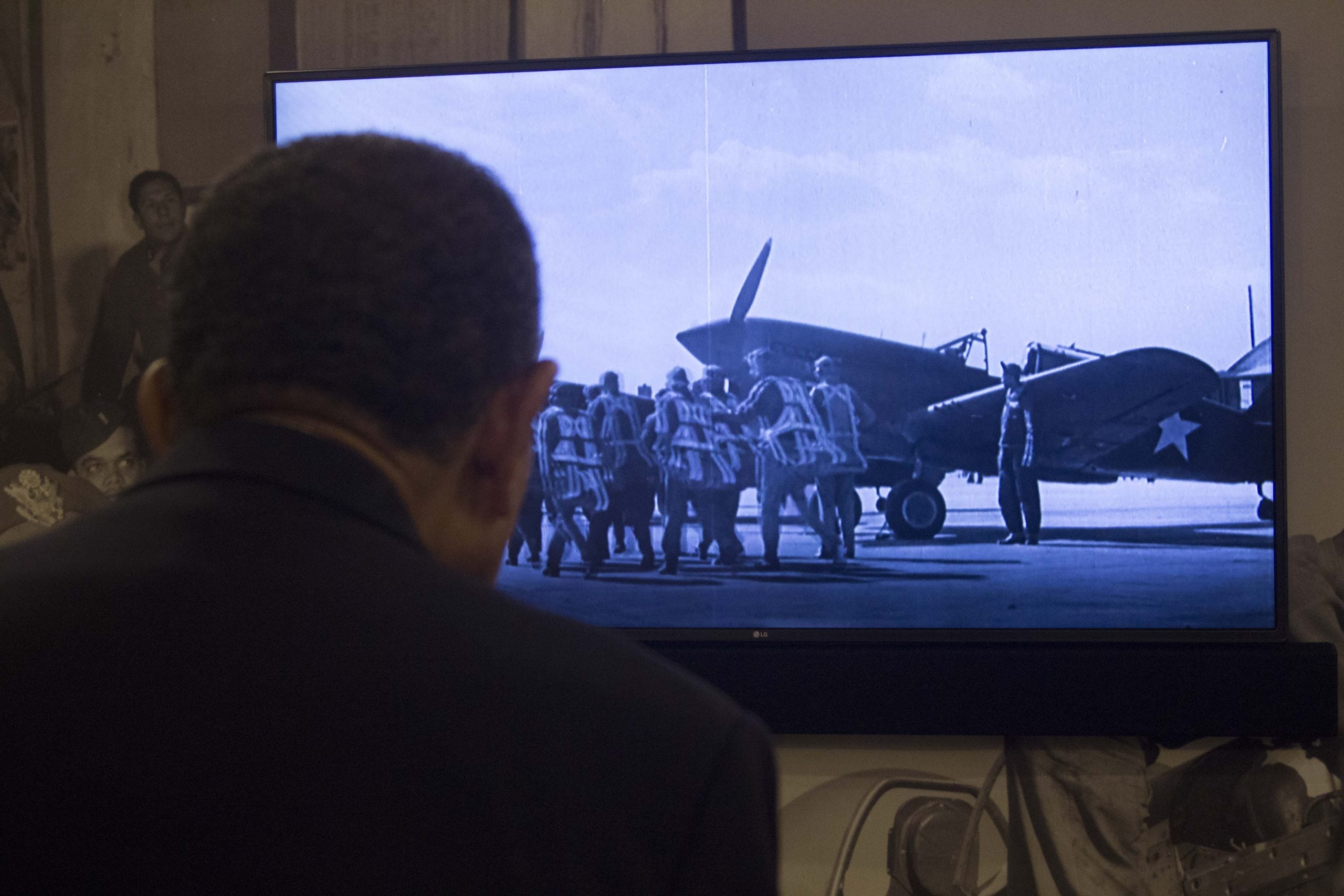 The exhibit, on loan from the National World War II Museum, highlights African-American achievements and struggles during World War II both abroad and at home and explores how their experience influenced the civil rights movement. Check out the Dallas Holocaust Center programming guide for upcoming free admission days, guest speakers and other special events.

Together, we will never forget these pieces of history and honor those who suffered, and can all be a catalyst for positive change.