A fond farewell to Florida!

After a cold winter in the Minnesota hangar, our P-51C Mustang Tuskegee Airmen and the RISE ABOVE Traveling Exhibit headed south for a well-deserved run in the sun. At each of our stops we met with as many school and youth groups as possible, wowed the crowds with the Mustang in the air and on static display, and forged many new friendships and support along the way. Here’s a look at some of our most memorable moments in the Sunshine State.

We kicked off our 2015 national tour in Miami. Original Tuskegee Airman Lt Col Leo Gray helped make our visit to the Wings Over Miami Air Museum even more impactful to the visitors who came to learn about the Tuskegee Airmen through our original movie “Rise Above” in the RISE ABOVE Traveling Exhibit. 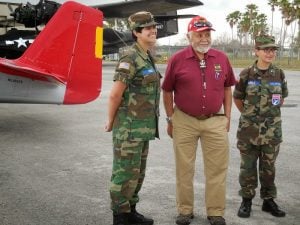 Moving to Ft. Lauderdale we welcomed visitors at Paul Kramer’s Learn to Fly Center, where we had the opportunity to directly reach many young people ripe for the inspirational message of the Tuskegee Airmen. 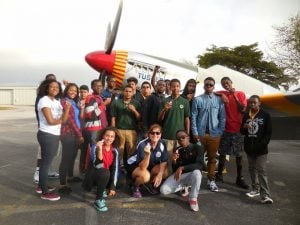 Our next stop in DeLand was a unique opportunity to participate in an event with the CAF Florida Wing, one of our sister organizations within the Commemorative Air Force. Here we had the honor of accepting the donation on behalf of the CAF of three vintage WWII aircraft from longtime supporter Mr. Harry Van Iderstine. 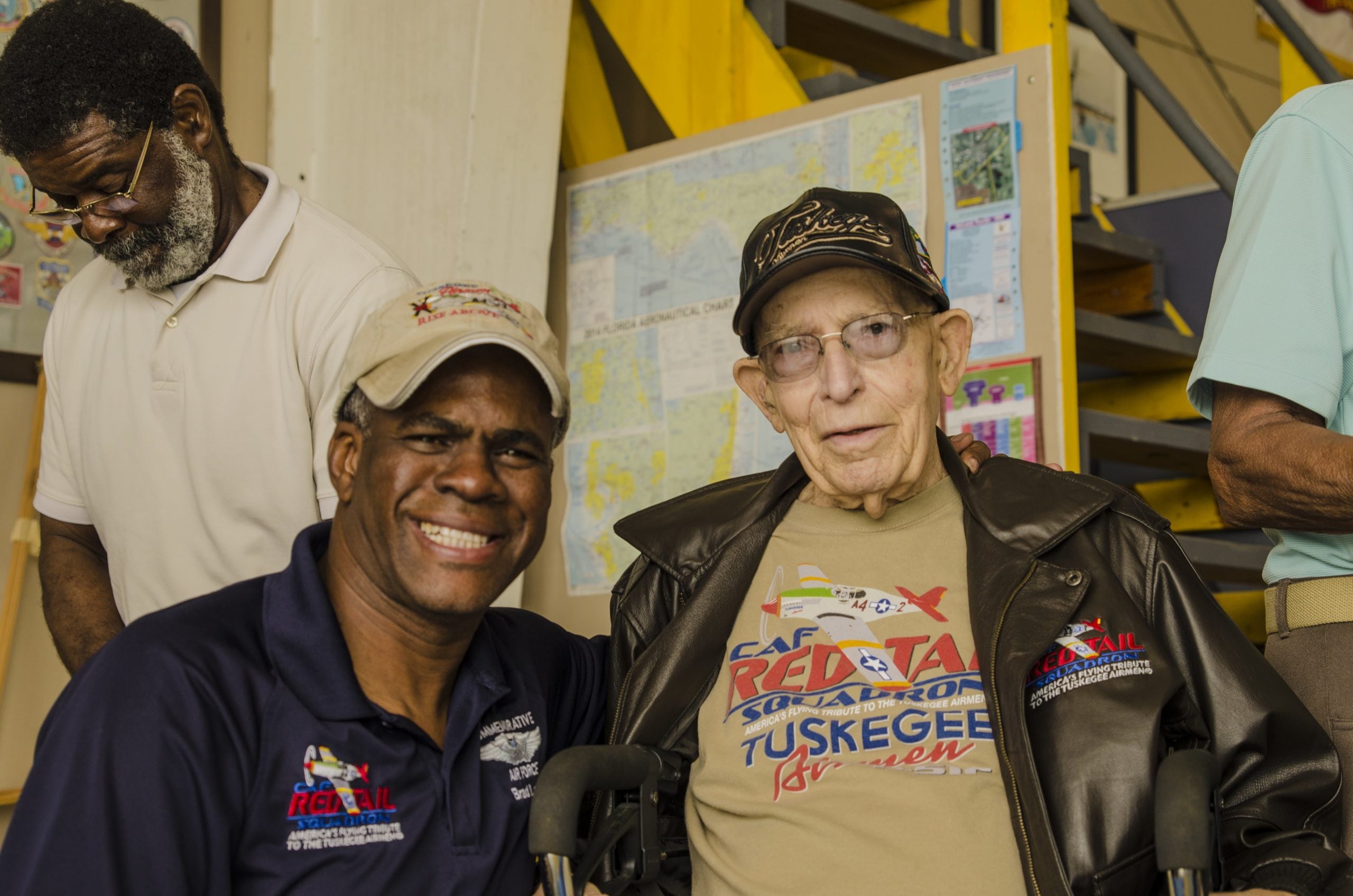 In Tallahassee, we met lots of new students, even though it was our third time in the community. They learned about the CAF Red Tail Squadron’s guiding Six Principles – Aim High, Believe In Yourself, Use Your Brain, Be Ready To Go, Never Quit, Expect to Win – and how they can be applied to their own lives. 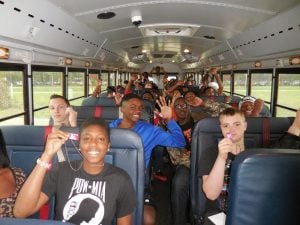 Another fun stop was at the 5th Annual Marvel of Flight Fly-in & Expo hosted by the city of DeFuniak Springs. The theme of this year’s event was “Rising Above Adversity” in honor of the Tuskegee Airmen. And there was no way we were going to let the unpredictable, turbulent Florida weather dampen our spirits! 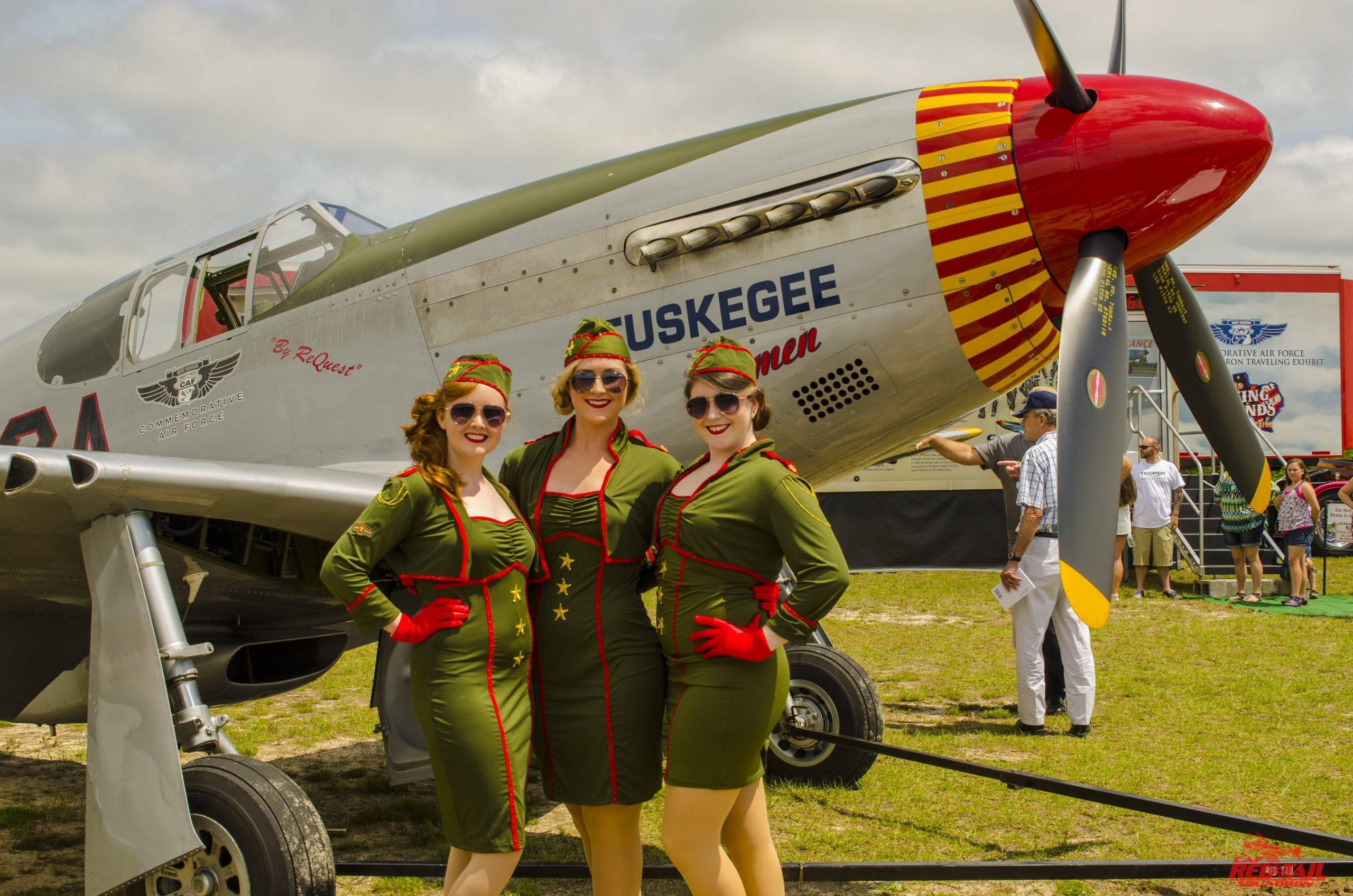 Next stop was the New Smyrna Balloon and SkyFest. In the days prior to the event, we also visited Bethune-Cookman University. Mary McLeod Bethune, founder of B-CU, was instrumental in getting President Roosevelt to open up the Tuskegee Institute for the training of black pilots during WWII. 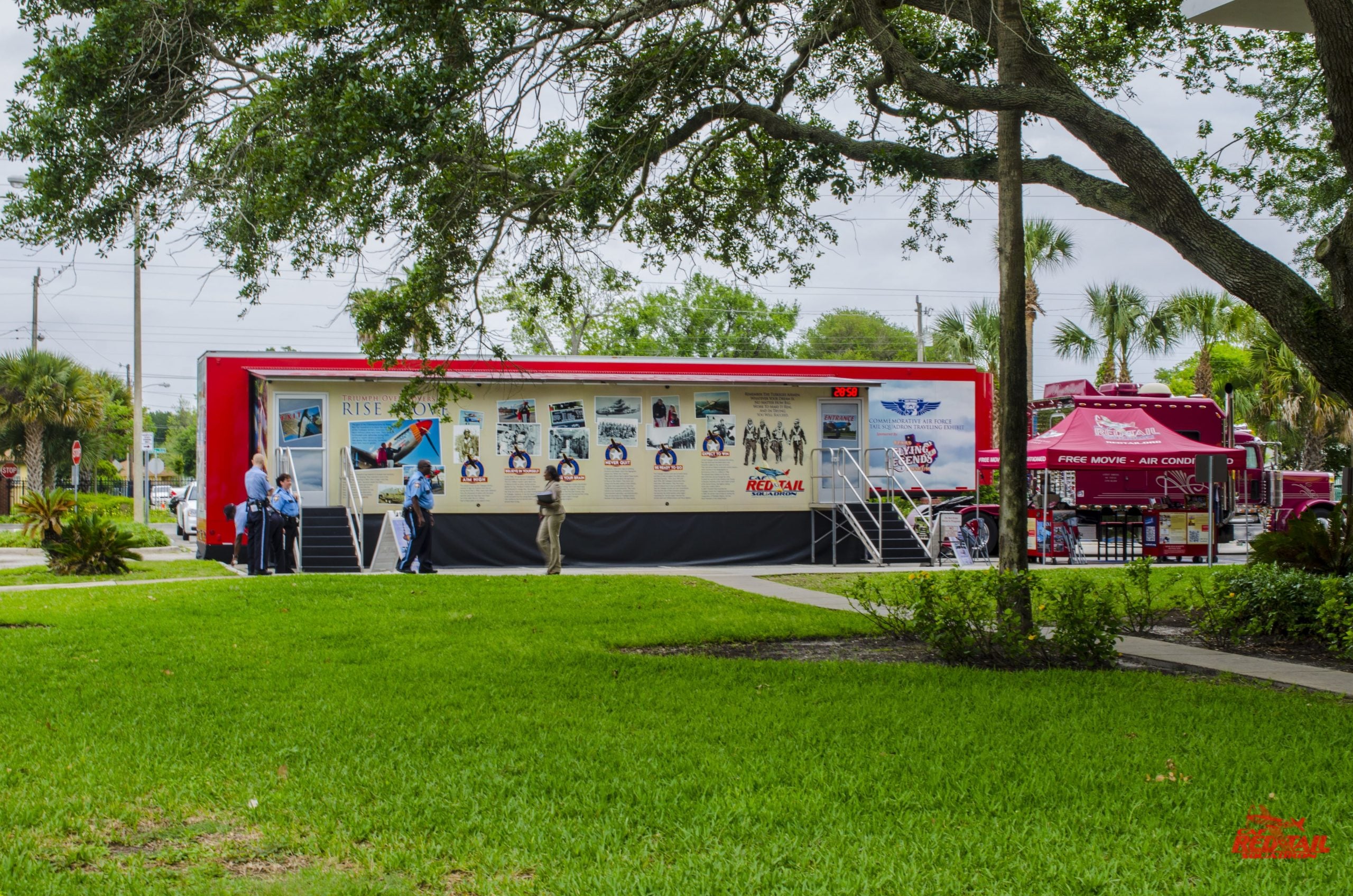 And last but certainly NOT least, we again were featured at the legendary SUN ‘n FUN International Fly-In & Expo in Lakeland. This five-day event was filled with many remarkable moments, including the presentation of an award from the CAF Red Tail Squadron to students from the Polk County School District’s Central Florida Aerospace Academy (CFAA). They were selected because of an outstanding presentation on the Tuskegee Airmen that has earned them a spot representing the CFAA at a state history fair and have exhibited the Six Principles of the CAF Red Tail Squadron. The VIP award presenters were Col Charles McGee, original Tuskegee Airman pilot; Lt Col George Hardy, original Tuskegee Airman pilot; Captain James Ray, WWII B-17 bomber pilot; and John Leenhouts, President and CEO of SUN ‘n FUN. Shown here is one of the award winners, Viola Gould, with Col McGee. 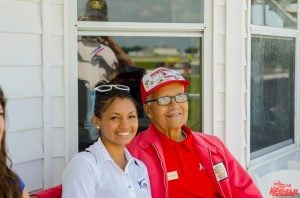 Many heartfelt thanks and praise go out to our Hometown Heroes, local sponsors and event managers whose hard work brought the RISE ABOVE Traveling Exhibit and the P-51C Mustang Tuskegee Airmen to their communities. Their belief in and dedication to our mission has certainly had a great impact on our work to educate audiences everywhere about the history and legacy of the Tuskegee Airmen.

And after two straight months touring the state of Florida, we moving on up the east coast! Keep an eye on our schedule to find out when we will be near YOU!