A look back at D-Day

“You are about to embark upon the Great Crusade, toward which we have striven these many months. The eyes of the world are upon you.

The hopes and prayers of liberty loving people everywhere march with you.”

74 years ago today marks the tide that began to turn the War in Europe. D-Day, June 6, 1944, would mark the invasion that would drive the Nazis out of France, and eventually win back the continent from their tyrannical grip. All the efforts of the Allies in the months and years prior laid the groundwork for this mission, including the work of the Tuskegee Airmen in the European Theater. 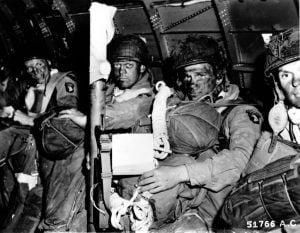 Before dawn on D-Day, 13,000 paratroopers leapt into darkness straight into enemy territory in Normandy, France, and an additional 5,000 would follow later that day. Naval and air forces bombarded Hitler’s Atlantic Wall off the coast. 156,000 Allied soldiers stormed the beaches from 5,000 ships and landing craft. This orchestrated attack on D-Day and the days that followed created a breach in the Nazi hold over the country. This allowed in mass amounts of troops, supplies and equipment that would press on into the occupied country, liberate Paris by August 25 and begin the end of World War II, marked by the surrender of the Nazis on May 8, 1945, Victory in Europe Day.

Over 9,000 lives were lost in Operation Overlord, 4,000 of those on D-Day. Although no Tuskegee Airmen took part in this invasion, their work and that of other squadrons of the U.S. Army Air Forces, would play an important role in the success of this epic mission.

The Tuskegee Airmen were first deployed to combat in April of 1943, sent to French Morocco before moving on to Europe for missions over the Mediterranean, Italy and into the heart of action farther north. Missions included strafing targets on the ground, taking out surface targets like enemy ammunitions factories, fuel refineries and transportation routes. They provided close air support for ground troops and also escorted bombers on their precarious trips into the heart of Nazi territory in Germany to take out key targets. These missions would prepare for and support the tactics of Operation Overlord. 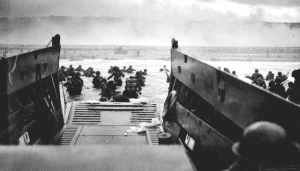 More than seven decades have passed since these brave Americans took up arms to defend our country, and the freedom and dignity of all our Allied nations. The heroic men who fought their way into enemy territory on D-Day provided the catalyst to spark the beginning of the end of the War, and the missions of the Tuskegee Airmen and others made that success possible.

One of our fellow Commemorative Air Force units, the CAF D-Day Wing, is currently making preparations to take several CAF aircraft back to Normandy in June of 2019 to mark the 75th anniversary of D-Day, including the C-47 That’s All, Brother, the lead paratrooper transport aircraft on D-Day. Doug Rozendaal, CAF Red Tail Squadron P-51C Mustang pilot and Squadron Leader, has played a leading role in the renovation of that remarkable aircraft. Learn more about their efforts at CAFDDayWing.org.