The historic Deanwood neighborhood of Washington, D.C. claims many civil rights and entertainment leaders among those born or raised there, including activist and educator Nannie Helen Burroughs. Deanwood was also home to at least two Tuskegee Airmen, Andrew D. Turner, and the subject of this profile, Alfred Q. Carroll, Jr.

Alfred was born on April 4, 1920, to mother Pauline Castor Carroll and Alfred D. Carroll, Sr. The couple’s 1918 marriage was reported in the September 30th edition of The Ithaca Journal describing the ceremony as occurring “in the presence of a few friends” and officiated by Reverend W.D. White of the Baptist Church. The Carroll family, which would include Alfred, sister Hope, and brother George, lived on 61st Street during the 1930s, with father Alfred working as a laborer at an apartment house and later as a janitor for a real estate company. Mother Pauline was a maid for a private family.

While working as a skilled laborer for the United States Government Printing Office in Washington, Alfred was accepted into the Tuskegee training program. Alfred graduated as a 2nd Lieutenant with class 43-J-SE on November 3, 1943, assigned to the 301st Fighter Squadron. While awaiting deployment oversees, 2nd Lt. Carroll married Geraldine Mercedes Haywood, also a life-long resident of Deanwood, on December 20, 1943. The couple would have one son, Alfred Q. Carroll III. 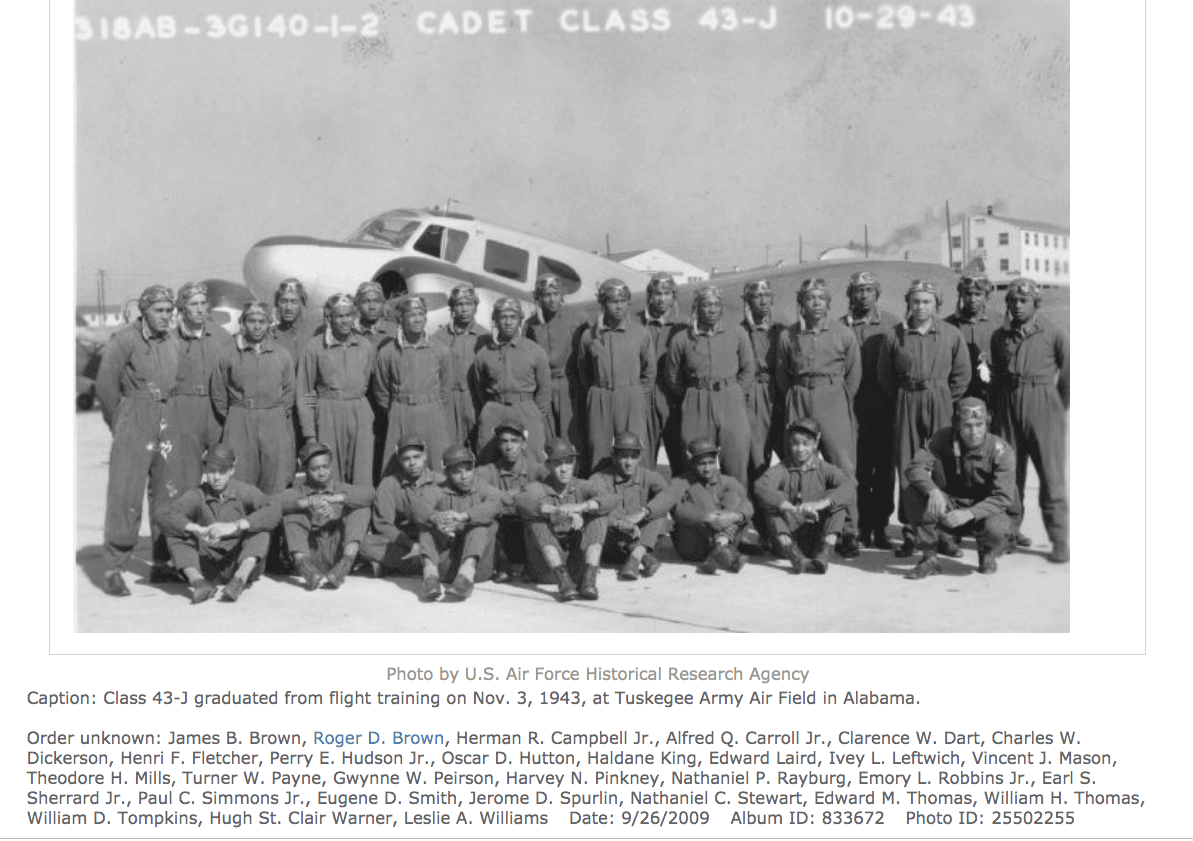 2nd Lt. Carroll flew bomber escorts missions in the European theater. On July 25, 1944, 2nd Lt. Carroll was flying his P51-C fighter during one of these bomber escort missions led by Captain William Faulkner of Nashville, Tennessee, targeting a tank factory near Linz, Austria. Without warning, the squadron was attacked by enemy fighters, with both Lieutenants Carroll and Starling B. Penn being shot down during the battle. It was on this same mission that Lt. Harold Sawyer shot down a Me-109 fighter, earning the Distinguished Flying Cross. Lieutenants Carroll and Penn became prisoners of war at the Stalag Luft 1 in Barth-Vogelsang Prussia, Prussia. While at the POW camp, Carroll’s roommate was fellow Tuskegee Airman Lt. Gene C. Browne. In May of 1945, 2nd Lt. Carroll and his fellow POWs were liberated. 2nd Lt. Carroll would receive the Prisoner of War Medal for his service. 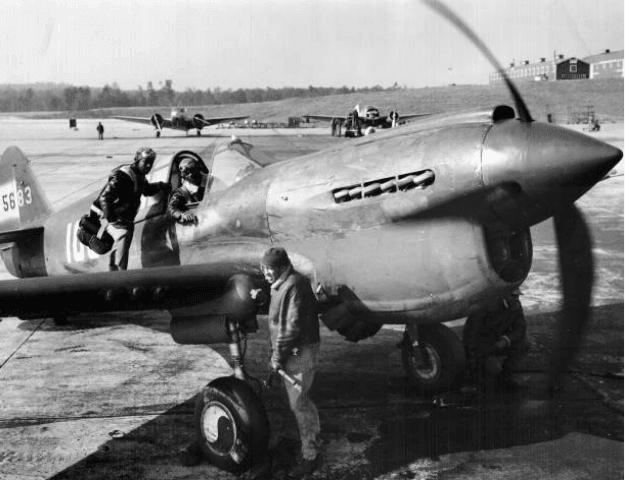 Second Lieutenant Alfred Carroll speaking with Flight Officer Nathaniel Rayburg, seated in the cockpit of an aircraft, before he takes his first flight, Tuskegee, Alabama, 1943

Lieutenant Alfred Q. Carroll continued to serve in the military after the war, including at the Fort Custer Separation Center. Some of his responsibilities included education and orientation of new civil air patrol cadets at Fort Custer. At the age of 49, Lt. Carroll passed away on August 4, 1969. His service to his nation spanned decades, beginning as a young man working in the United States Government Printing Office to his military service and his 10 months as a POW to his teaching the next generation of pilots.

Learn more about the Tuskegee Airmen Prisoners of War