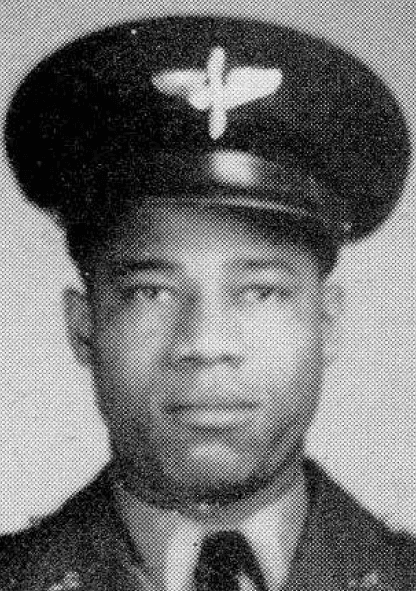 Alva Temple was born in Carrollton, Alabama and studied Agricultural Education at Alabama A & M University. After college he went into the Army Air Corp and then to Tuskegee for Pilot Training. He graduated in class 43-G and subsequently assigned to the 99th Pursuit Squadron. 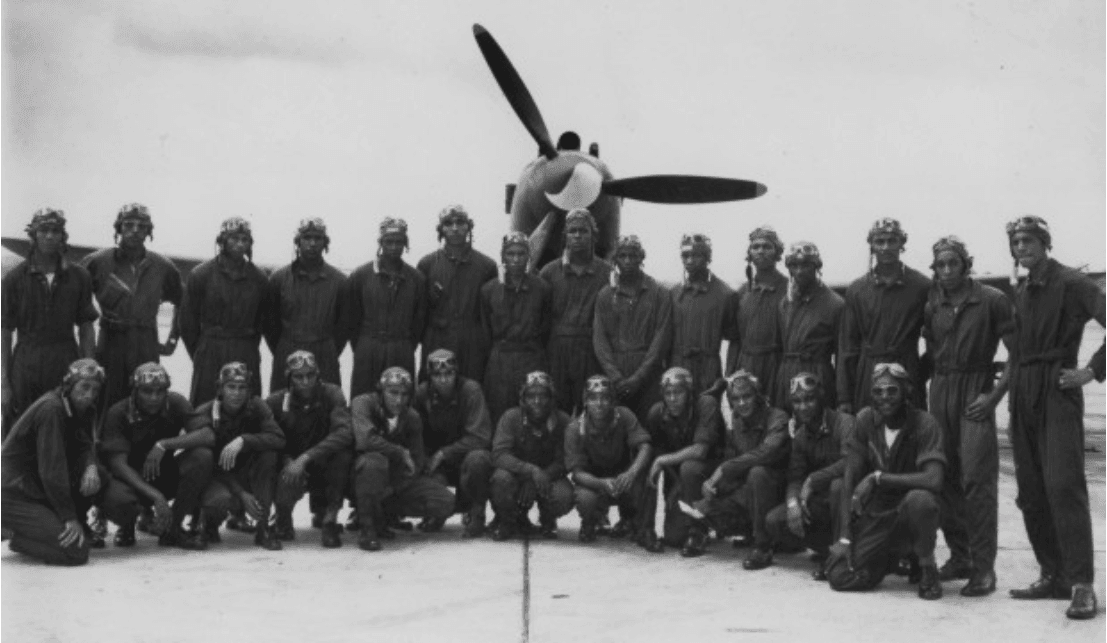 “I felt I could fly if given a chance,” Temple stated during an interview with the Huntsville (Alabama) Times. “A lot of people thought I was crazy. They thought I’d be killed, but I didn’t pay them any attention. As long as I could abide by the requirements, I could take care of it.” He completed 120 Combat Missions over Europe and retired from the USAF with a rank of Lieutenant Colonel.

In Charles E. Francis’ “The Tuskegee Airmen: The Men Who Changed a Nation” (2002, revised), Temple was described as a “reliable, dependable and unexcitable” pilot “who loved to fly and was always willing to make a mission though he realized the risk involved.”

On 26 July 1948 the 332nd Fighter Group was deactivated, those who had trained for air combat at Tuskegee and remained in the Air Force postwar would be assigned to new squadrons. However, the members of the 332nd had one last hurrah before being assigned to other units. In May 1949, two months before deactivation, the unit participated in the first-ever USAF Gunnery Meet in the Nevada desert. Each stateside FG sent three pilots and one alternate to represent their units. Those pilots were selected via an internal competition against their fellow pilots: First Lieutenant James Harvey, III, First Lieutenant Harry Stewart, Jr.. Captain Alva Temple, and First Lieutenant Halbert Alexander (alternate pilot).

The team from the 332nd won the propeller-driven category by scoring 45% of 1,200 possible points. The jet team from the 4th Fighter Group won their class with 49% of 1,000 possible points. It has been said that the skilled members of the 332nd’s team won the competition because they earned the most points: 536.588 vs. 490.180 for the jet class. However, it is important to remember that the gunnery competition actually had no overall winning team because there was no way to make it a head-to-head contest: The jet teams couldn’t compete in the rocket class so had fewer points to work with. 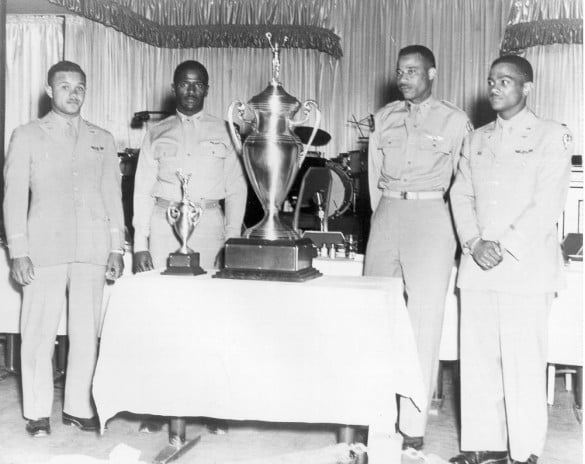 Temple said in an interview that he hoped the airmen had played a part in integration. “All I can say is, things are not as bad as they used to be. New opportunities have been opened up to our blacks,” he said.