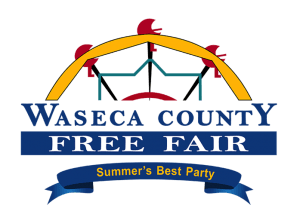 We are excited to announce that original Tuskegee Airmen Fred Henry and Washington Ross will be our special guests at the Waseca County Free Fair July 12-16. Come meet these living legends and visit the RISE ABOVE Traveling Exhibit, a FREE panoramic movie theater experience that inspires and educates all ages with the remarkable history of the Tuskegee Airmen!

For too long black Americans were excluded from meaningful military service opportunities, relegated to menial roles that denied the U.S. Armed Forces of their potential talent and contribution. But with the demands of World War II and pressure from civil rights groups, a new segregated flying squadron was created to allow black Americans the chance to serve their country as part of the air war, by training to be combat pilots and their support personnel. These brave Americans achieved great success in the war and became known as the Tuskegee Airmen.

Meet these living legends and step inside the RISE ABOVE Traveling Exhibit, an air-conditioned mobile movie theater featuring the original film “Rise Above.” This immersive experience is housed in a 53’ semi trailer with expandable sides and equipped with a ramp and hydraulic lift to ensure access to all. Because of its dynamic 160-degree panoramic screen, the film creates the feeling of being in the cockpit soaring above the clouds in a P-51C Mustang, the iconic signature aircraft of the Tuskegee Airmen. Admission to the Traveling Exhibit is always FREE! 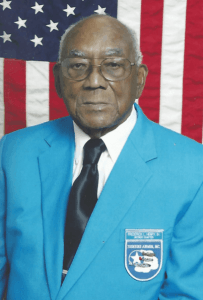 Henry joined the U.S. Army Air Corps in 1942 and was sent to Tuskegee Army Air Field for training in the newly created Tuskegee program for aspiring black pilots and support personnel. He served in many important support roles, including base security and military police. After his war service, Henry worked for the New York City Central Railroad, then the Ford Motor Company, where he spent the remainder of his career before he retired after 30 ½ years of service. Henry has also held the distinguished position of president of the Warren, Michigan chapter of Disabled Veterans of America.

Ross served as a pilot with the Tuskegee Airmen, training in Tuskegee, Alabama then Selfridge, Michigan before being sent overseas to Ramitelli, Italy to fly and fight with the legendary 332nd Fighter Group. During his time in the War, he flew the P-39 Aircobra, P-47 Thunderbolt and the P-51 Mustang. His duties included escorting bomber aircraft and ensuring their safety on their important missions over Germany and Austria to lead the Allied powers to victory in Europe. 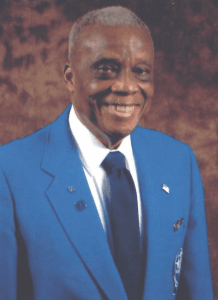 After the War he served as a flight instructor for the B-25 Mitchell bomber. Upon leaving active duty, he served 20 years in the United States Air Force Reserves, retired with the rank of Lieutenant Colonel. Ross is a graduate of Hampton Institute, University of Detroit and D’etre University, and worked for the Detroit Board of Education for 29 years. He is enshrined in the Michigan Aviation Hall of Fame.

The gentlemen will also make a special appearance at Latham Place assisted living in Waseca to visit with residents that are not able to attend the fair.

Join us for this fun and FREE event to meet these living legends! RISE ABOVE!