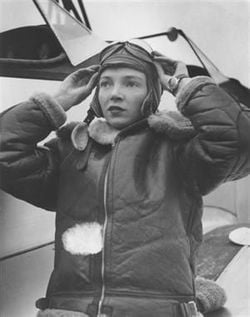 Barbara Towne became the eleventh woman accepted into the WAFS in late September 1942. Barbara’s arrival, along with that of Barbara Poole and Helen Richards, marked the beginning of the entry into the squadron of the younger women flyers.

Barbara was born December 21, 1916 to Gardner Bowers and Gladys (McLachlen) Towne in San Francisco. Unbeknownst to her father, she began taking flying lessons and had actually soloed a Taylor Cub in 1936 by the time he discovered what she was doing. He promptly sent her to Ryan School of Aeronautics in San Diego. Upon graduation, she was hired to teach in their Civilian Pilot Training program.

Barbara had recently married Army Air Force pilot Robert Dickson. She read about Nancy Love and the formation of the WAFS in a San Francisco newspaper in September 1942. Not content to sit home and do nothing with a war on and her husband in the service, Barbara went east to Wilmington to join the WAFS. She spent four months as part of the 2nd Ferrying Command at New Castle ferrying PT-19s and Cubs. In February 1943, she was transferred to the 6th Ferrying Group in Long Beach, California, where she remained for the rest of her service time, and immediately began transition into bigger airplanes, beginning with the BT-13.

In June 1943, she, Evelyn Sharp and B.J. Erickson were sent to Palm Springs to check out in the new swift pursuit plane, the P-51. Nancy Love had flown it four months earlier, paving the way for them. Even though Barbara was pregnant with her first child be then, she was such a supremely competent pilot that she checked out and began to ferry the pursuits without a hitch. According to B.J., “She flew the P-51s until she could no longer get the stick back.”

Once she reached that point, Barbara did administrative duties for B.J. for a while, then left and went home to give birth to her son, Roger, on December 13, 1943. She returned briefly in 1944, but, not satisfied with the care she had arranged for her infant son during her absence on ferrying trips, she resigned in August 1944 and went home permanently.

Barbara and Robert had a second son, Robert, on May 21, 1948. Eventually they divorced. 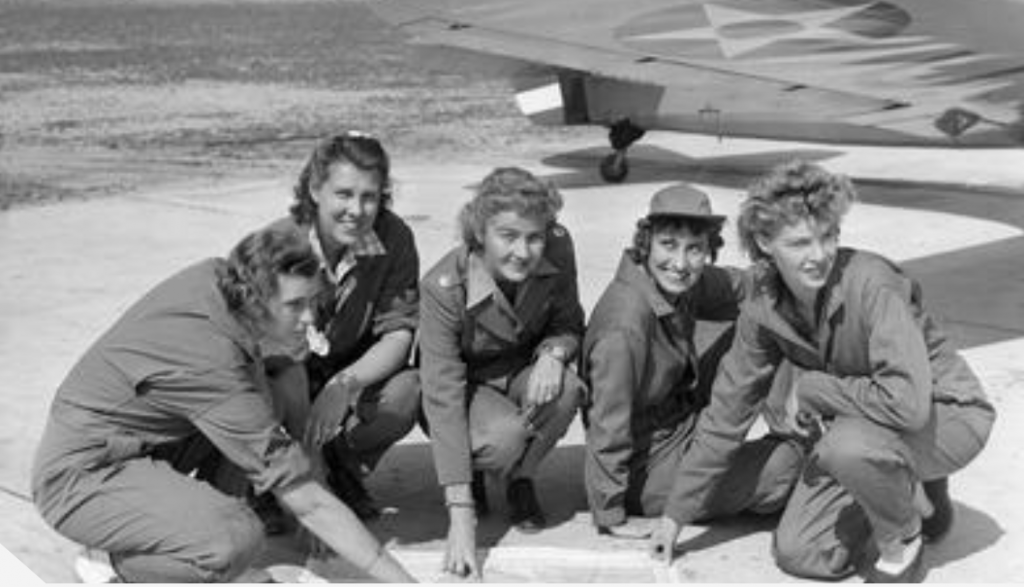 David Fasken Jr. married Barbara Towne in 1970, his first and only marriage, her second, in London, England, in 1982. Fasken Jr., died leaving his entire estate to Barbara Fasken.

Upon the death of her husband, Barbara Fasken took the helm of the Fasken Family business. The business frequently brought her to Midland, the company’s corporate headquarters. She became actively involved in the oil and gas business and in all other aspects of the Fasken investments.

During the time that she was active in directing the Fasken family business, she increased the size and scope of the varied interests and consolidated operations, which had previously been run separately by different independent contractors. By 1987, she had consolidated her oil and gas operations into one company directly under her ownership and control, which was involved in all aspects of exploration, production, and marketing oil and gas in the Permian Basin.

During this period Mrs. Fasken initiated plans to develop farm property in Webb County near Laredo. She worked to encourage the permitting and construction of the World Trade Bridge in Laredo and contributed 176 acres of her farmland for the purpose of an access road to the new bridge, as well as Federal import and City export facilities. About the same time, she purchased the prestigious La Posada Hotel in Laredo, which is still owned and operated by a family entity. The new World Trade Bridge opened as a commercial crossing bridge between Mexico and the United States in April of 2000.

In 2003 The Hearst Energy Award for Lifetime Achievement was presented on April 8th to Barbara Fasken and Fasken Oil & Ranch Ltd., her legacy to the Fasken Family.

In the Permian Basin her business continued to grow both before her death and after her death pursuant to her business plan. Shortly before she died, Mrs. Fasken formed a Family Limited Partnership that continues in existence today. A subsidiary entity, Fasken Oil and Ranch, Ltd., serves as the operations arm for the various Fasken businesses.

At the time of her death, Barbara still owned three aircraft – a fixed wing and two helicopters. She had continued to fly the smaller of the helicopters, an MC 500, up until two years before her death at the age of seventy-eight.