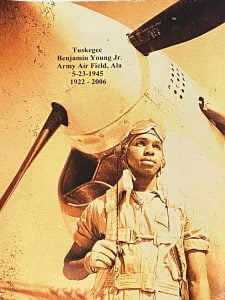 Residing at the Philadelphia Nursing Home is a historical treasure. This treasure isn’t an object, hand molded and cast in stone or bronze, placed in an obscure corner somewhere in the building that people casually glance at only in passing. Neither is it a plaque hanging on the wall in a remote area at the home with a single dim light shining on it, reflecting the silhouettes of the small raised embossed lettering of its dedication.

The treasure is a justifying force in the turn of events in the history of Aviation in America. He is certainly a treasure to beholding to; he is an original Tuskegee Airman. He is Benjamin Young.

At the age of 73, Mr. Young can recount some of his experiences as a Tuskegee Airman and often uses analogies pop quiz questions to get his point across. His mannerisms are still reflective of his days in the military. He is quick to correct you of any mistakes personally and impersonal and he takes nothing for granted.

Mr. Young is quite a gentleman respectfully addressing everyone as ma’am or sir and is greeted with the respect he had earned years ago by the employees of the Philadelphia Nursing Home every day with good morning sir and a handshake.

Focused on the interview, Mr. Young made every accommodation to provide the comforts of home, even offering his wheelchair to sit in.

As I prepare to discuss Mr. Young’s day in the Military he lit up with excitement over the fact of reminiscing, he was like a small boy receiving that speed remote car with mag wheels for Christmas.

Mr. Young has moments of dementia but on occasion he remembers events as if had happened yesterday.

“I’m an old man and can’t remember everything, that was a long time ago.”

Turning to the right and lowering his eyes mid-way to the floor, the excitement seems to fade quickly and the boyish smile that was once there is now somber. He looks down at his hands and crosses his right hand over his left wrist and glances off into the distance preparing to reminisce.

“I was encouraged to take the test in high school by my counselor. It wasn’t a big deal to me but I took it anyway.: Born in 1922 in Philadelphia, Mr. Young attended Central High School graduating at the top of his class.

Because of Mr. Young’s academic and an IQ score of 174, he was chosen with a number of African American men around the country to partake in a series of tests to become a Tuskegee Airman and challenge their academic abilities.

The test wasn’t hard at all, if you had common sense. Thank you.” he says laughing and proclaiming the exactness of his statement with a hint of attitude.

After receiving his discharge from the military, Mr. Young returned home to Philadelphia and joined the Police force working his way up in the Homicide Department to the position of Homicide Detective. Excelling in the field Young was considered one of the best detectives in the state and became very well known for solving some of the most notorious and difficult crimes in the area. Although racism certainly existed in the military, Mr. Young dealt with the situation simple by stating, “Treat people with Kindness and you can get anything you want. Remember that.” Raising his brows and chin and stretching his eyes to confirm that I understood.

Mr. Young began to drift away from the core of the interview tactfully ending it by reversing our roles of interviewer/interviewee and discussing subjects that obviously had great importance in his life, subjects from marriage, children, cooking, work, education and back to his life in the military. All of which Mr. Young was a strong believer in.

Preparing to leave the facility, my mistake was saying “good-bye” to which I was immediately corrected, “It’s not good-bye, it’s so long, and I’m not dead yet.” Young smiles and says, “Remember that.” Quickly apologizing for my error and standing corrected, I promise to return to see him again, Young smiles his boyish smile again and said, “I’ll be right here waiting for you.”

Mr. Young paid his dues and has earned and deserves his respect as one of the many men who paved the way of liberation for equality in the armed forces. 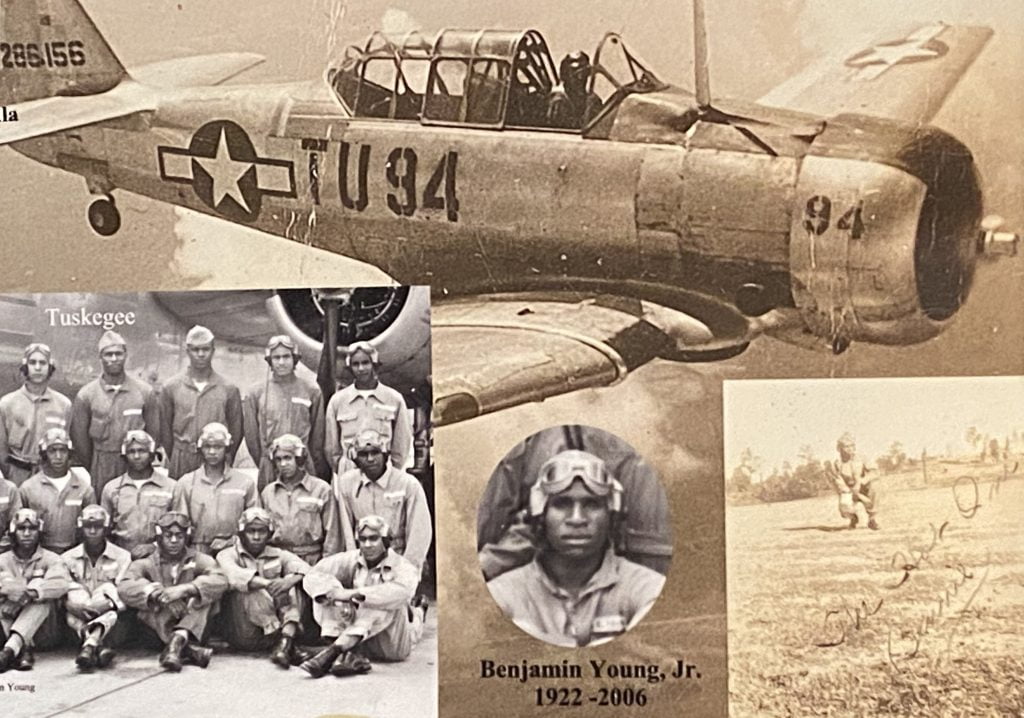