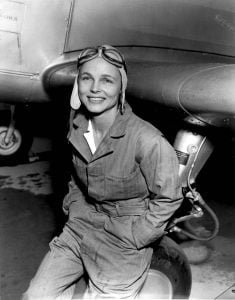 The first females to fly for the U.S. military were the “Originals,” better known as the Women’s Auxiliary Ferrying Squadron, a WWII group led by aviatrix Nancy Love. Twenty-seven women strong, between the ages of 21 and 35, this elite corps of experienced pilots ferried planes across America from factories to docks for shipment overseas.

Betty Huyler Gillies was the first pilot to qualify for the Women’s Auxiliary Ferrying Squadron, later amalgamated into the Women Airforce Service Pilots.

Betty Huyler was born in 1908 to a relatively prosperous family from Syosset, Long Island, New York. She began flying in 1928 when she was a student nurse at Presbyterian Hospital in New York City and on May 6, 1929, after a total of 23 hours of flying time, including instruction, obtained license #6525

She entered the WAFS on September 12, 1942. Gillies at this time had 14 years of flying experience, running up a total of 1400 hours to her credit, held various aeronautical ratings, and for two years (1939–1941) was president of the Ninety-Nines, an international club of women flyers formed in 1929.

Gillies was made squadron leader of the WAFS assigned to the 2nd Ferrying Group, New Castle Army Air Base, Wilmington, Delaware.

In early March 1943 Mrs. Gillies became the first woman to fly the Republic P-47 Thunderbolt when she was checked out on the aircraft at Wilmington. The “check out” consisted of an explanation of aircraft systems, flight characteristics and emergency procedures. Since the P-47 was a single seat aircraft, her first flight was also her first solo flight.

One of the outstanding ferry missions accomplished by the original Squadron at Wilmington came in April 1943, when four PT-26s were delivered from Hagerstown, Maryland, to DeWinton, Alberta, Canada, a distance of more than 2,500 miles. Gillies was flight leader, and the other three pilots were Nancy Batson, Helen McGilvery and Kathryn Bernheim. The type of plane flown had a cruising speed of only around 100 mph. They left Hagerstown on April 18, spent the night at Joliet, Illinois (697 miles away), spent the next night at North Platte, Neb., after a run of 585 miles, then made a long hop of 846 miles to Great Falls, Mont. On April 21 they flew the remaining 275 miles to DeWinton, Alberta. All four pilots were back at the 2nd Group by Friday evening, April 23, and were commended by Colonel Baker for their efficient and prompt delivery, which included not only the flying of the planes but also the paperwork involved in such deliveries, such as flight logs, gasoline reports and RON (remain overnight) messages.

On August 15, 1943, Love and Gillies qualified as first pilots (i.e. aircraft commanders) on Boeing B-17s and made three deliveries together during the balance of the month. On September 2, 1943 Gillies and Love departed Cincinnati on a ferry mission to deliver a B-17F to England; however, the mission was canceled before the aircraft left Goose Bay, Labrador.
Gillies remained squadron leader of the Women Airforce Service Pilots assigned to the 2nd Ferrying Group at New Castle Army Air Base until the WASPs were disbanded on December 20, 1944.

Gillies remained squadron leader of the Women Airforce Service Pilots assigned to the 2nd Ferrying Group at New Castle Army Air Base until the WASPs were disbanded on December 20, 1944. 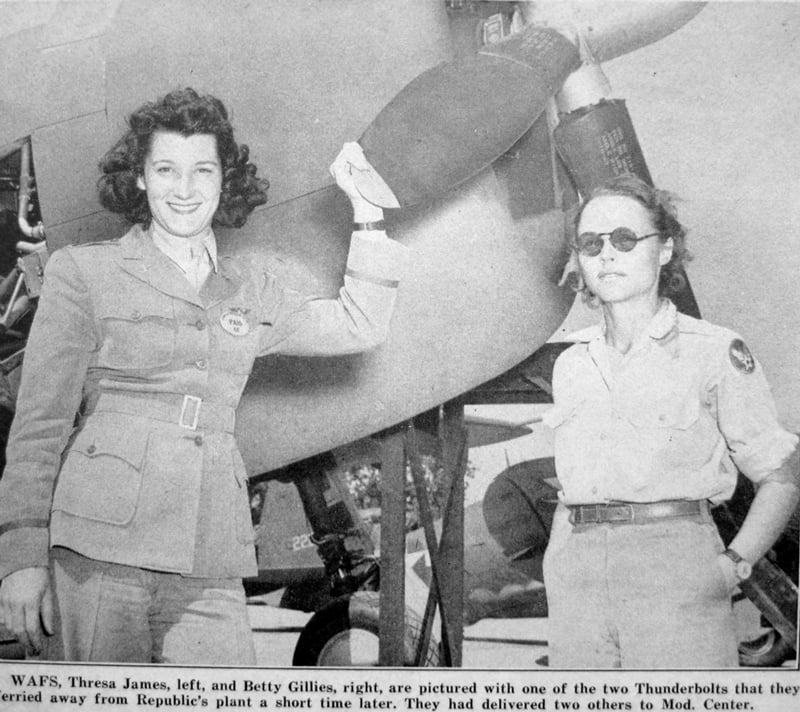 After the war, Gillies was a ham radio operator who, using her radio, connected phone calls to ships in the Pacific from her home in California. She had her huge antenna directed at the Antarctic and maintained contact with the staff and Navy personnel in Operation Deep Freeze who were stationed there for two-year hitches. She also participated in the Navy MARS program under the call sign NNN0AYT.