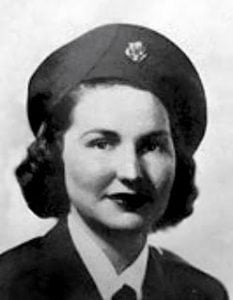 Betty was born in Fort Worth, Tarrant County, Texas. She attended the University of Arizona. She entered AAF flight training in September 1943 at Avenger Field, Sweetwater, Texas.

Betty graduated from Santa Barbara High School in June 1939 with dreams of becoming an airline stewardess. Her father, Jake, was born in the oil fields of Oklahoma, but when his mother died when Jake was eight years old in 1909, his father sent him to live with Jake’s grandparents, in Castleberry, Texas, near Fort Worth. There, in late 1920, Jake married Mary Allen.

Betty, their only child, was born the following September. Because Jakes uncle was humorist Will Rogers, he named Betty after Will’s wife, Betty Blake. For his daughter’s middle name, he chose Pauline, after Pauline McSpadden, a daughter of one of Will Rogers’ sisters.

During her last cross-country flight prior to graduation from flight school out of Blythe Air Base, California, she was killed upon bailing out of her AT-6 #42-44092 aircraft over the mountains near Quartzsite, Arizona.

On February 24, 1944, Betty, along with 12 of her classmates, were returning to Avenger Field from their final cross-country training flight. Graduation was 16 days 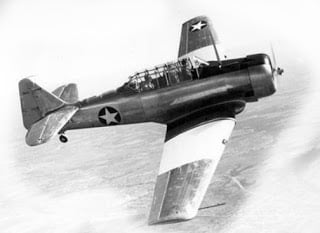 away. She had just taken off in an AT-6 Texan from Blythe Army Airfield in southeastern California, and had crossed over the Colorado River into Arizona. A little after 4:00 in the afternoon, officials believe an exhaust spark set fire to the fabric-covered portion of the Texan’s tail assembly. With the tail on fire and about to separate from the plane, Betty bailed out over the mountains surrounding Quartzite, Arizona; less than 25 miles from Blythe.

Lewis Aplington, owner of mines around Quartzite, saw the burning plane and Betty’s parachute dropping to the ground. It took over 45 minutes for Aplington and two other miners, riding in a truck, to find her in the rugged terrain. Betty was unconscious, but still alive. The high winds had dragged her chute over sharp rocks and boulders and her body was beaten, broken, and bloodied.

Returned to a nearby Army base hospital, she died within hours. The 22-year-old’s body was sent home for burial in the Santa Barbara Cemetery.

If only Betty Stine had known how to control her parachute on the ground in strong winds, she never would have died. Officers at Avenger Field hadn’t anticipated the need for advanced training in parachute jumps and landings. Very shortly after Betty’s death, a parachute training system was built at Avenger field and twelve hours of instruction were added to basic training.