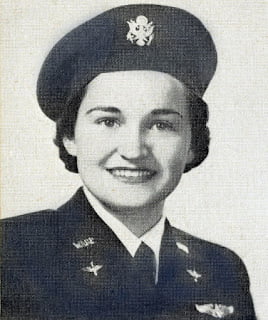 Twenty-year-old Beverly Jean Moses was one of the youngest of all the WASP. Born December 21, 1922, in Des Moines, Iowa, she was the daughter of Alex and Sylvia Moses, and the couple’s fourth child. Her father was an automobile mechanic and her mother supplemented the family income with her cooking and catering.

After graduating from ALB Business School, she earned her pilot license and applied for WASP training. She entered flight training on December 7, 1943 and graduated on June 27, 1944 from basic training at Avenger Field, Sweetwater, Texas. Her orders took her to Las Vegas Army Air Field, Nevada. Based on the flip of a coin between Beverly and Mildred Taylor, 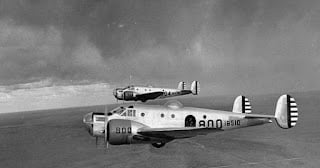 Beverley won the copilot position for an instrument training flight with four others in an AT-11 on July 18, 1944 in the mountains near Las Vegas. The pilot was Lt. Frank Smith. During the training mission, the flight was redirected to search for a downed parachute near Mt. Charleston. Later that day, Mildred reported back from her mission in a B-17 and couldn’t find Beverley. Maybe she went on a night mission? Mildred began checking around but no one knew where the AT-11 was. It was now midnight.

A search the next day found her aircraft’s wreckage on the mountainside; Moses, Lt. Frank Smith, the pilot, and 4 other personnel were all killed in the crash. The airmen and pilot were sent home with an escort, an American flag and a life insurance payment. Their parents given the honor of hanging a gold star in their windows. After a campaign for donations to help send Beverly home, she was was eventually buried at the Oakdale Cemetery in Pleasant Hill, Polk County, Iowa. There was no insurance, no gold star in her parents’ window and no American flag.

The crash of Beverly Moses’ AT-11 Kansan on July 18, 1944, in the Spring Mountains west of Las Vegas, is still one of the most mysterious of all the accidents that claimed 38 WASP lives.