“Whatever you’ve read about segregation, it was that and then some.” 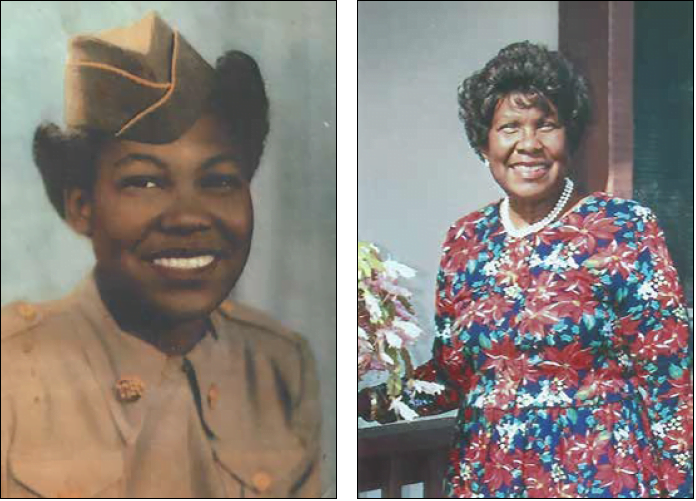 Over 10,000 military and civilian African-American men and women served as support personnel for the Tuskegee Airmen during World War II. Their collective effort and passion to serve our country opened the doors for others to join the Armed Forces with equal opportunity. One of them was Mrs. Callie O. Gentry. This 88-years-young woman shares her memories of serving with the Tuskegee Airmen and living through an era that shaped the future for generations to come.

In 1947, Mrs. Gentry served as a stenographer at what was then known as Lockbourne Air Force Base near Columbus, Ohio. The base was activated in June 1942 as the Northeastern Training Center of the Army Air Corps, providing basic pilot training and military support. During World War II, it was a U.S. Army Air Forces training base. Its primary unit was the Tuskegee Airmen’s 477th Composite Group. Mrs. Gentry served as support personnel with the group for about one year.

“I served with headquarters personnel as a stenographer. I remember once I was sent out in the field to take shorthand after a plane crash at the base. I took deposition from the witnesses, the owners of the property and did whatever was necessary to assist on the case. I filled two shorthand books with information,” remembers Mrs. Gentry. “Back then there was no hoopla about what the men were doing. They were just a bunch of men in uniform. No one gave a damn. We did a job day by day. We were a group of strong black people.”

Growing up in Philadelphia, Mrs. Gentry says that she was personally not used to the level of segregation she experienced after joining the service. “Whatever you’ve read about segregation, it was that and then some,” says Mrs. Gentry. “The Tuskegee Airmen were positively a big part of the desegregation of the military. They were the instigators.”

Mrs. Gentry refers to the famous incident in 1945 known as the Freeman Field Mutiny when Tuskegee Airmen officers were not permitted into an officers club because of their race. This injustice and the ensuing protest proved to be pivotal in the group’s fight for equality and respect.

“It was a ridiculous incident,” she says. “They were higher ranked than those that denied them access. They were officers with high credentials, higher degrees of accomplishment and these guys would not let them in.”

President Truman signed the Executive Order desegregating the U.S. Armed Forces in 1948, although it would not be fully realized until the early 1950s. 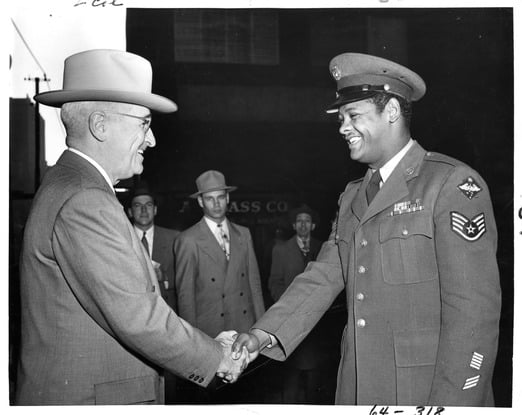 “It is hereby declared to be the policy of the President that there shall be equality of treatment and opportunity for all persons in the armed services without regard to race, color, religion or national origin. This policy shall be put into effect as rapidly as possible, having due regard to the time required to effectuate any necessary changes without impairing efficiency or morale.”

Mrs. Gentry’s experience living through the Civil Rights Movement of the 1950s and 1960s also affords her a unique perspective on our nation’s history. “We just wanted education. We are human beings, just like anyone else, with the same accomplishments, goals and desires for education,” she says. “The myths that people are brought up with don’t go away overnight. The world’s eyes were opened. We are human. We want what everyone else wants and we got it through the civil rights movement.”

She says it’s important to acknowledge that racism still exists today in some form. People can still be resentful of the accomplishments of African Americans. Programs like the educational outreach initiatives of the CAF Red Tail Squadron and its RISE Above Traveling Exhibit are an important tool to teach, dispel myths and inspire future generations to continue to triumph over adversity.

Still living independently, driving and an active officer in two community organizations, this World War II veteran and strong woman shares her lessons for a full and healthy life.

“Believe in God, treat others well and leave the dumb stuff alone!” she advises. “Help people, give and it will come back to you. I’ve found this is absolutely true.”