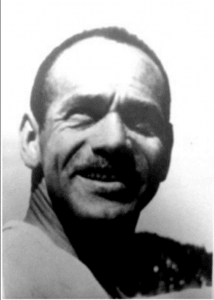 Prior to the historic climb, achieved as a member of a climb with the Seattle Mountaineers Crenchaw served as a Master Sergeant in the U.S. Army Air Corps. As flight engineer, he was in charge of maintenance for airplanes flown by the Tuskegee Airmen. His service was an experiment designed to demonstrate the ability of black pilots to serve with distinction as officers and in combat. The Tuskegee Airmen were credited with having flown many successful bomber escort missions over Europe.

After his military service Crenchaw attended Morehouse College under the GI Bill, then the University of Chicago Graduate School of Engineering after his service. He majored in industrial management, and worked for the Boeing Aircraft Company in Seattle in quality control for several key components of the Apollo space program.

Crenchaw lived most of his life in the Pacific Northwest, where he developed an interest in climbing. In 1961 he joined the Seattle Mountaineers. In 1963 he was invited by team leader Alvin E. Randall to be part of an expedition the following year to climb Mount McKinley via the Karstens Ridge. A team of 15 including Crenchaw reached the summit on July 9, 1964. It was the largest single group (18 climb) to attempt Denali. It also had the largest number of women (three) to reach the summit in a single party.

Crenchaw went on to climb many more mountains over the course of his lifetime and served on the board of directors of the American Alpine Club for many years. He died after a long illness in 1998. Tragically, his accomplishments and legacy went completely unknown and uncelebrated by the next generation of African-American climbers, who might have followed in his footsteps and tackled McKinley themselves if they had only known.

Crenchaw’s mountaineering pursuits are closely tied with the Civil Rights Movement. The March on Washington was featured in the November 1963 edition of Ebony magazine. The same edition featured a story on an aspiring black mountaineer named Crenchaw. As it happened Crenchaw reached the top of America just seven days after the Civil Rights Amendment was signed into law.

In 2013, a team of all African-American climbers, known as Expedition Denali, used Crenchaw as inspiration as they attempted to follow his footsteps to the summit of Denali.