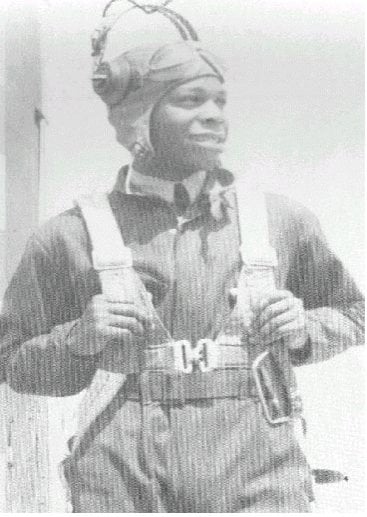 “Chuck Dryden is a sincere, honest, friendly person who has fought the good fight throughout his long life and now, through the medium of his autobiography, desires to share its important details with all Americans but particularly with Americans of goodwill, who need all the information they can muster to arm them for the anti racism fight that will continue for the remainder of our lives and those of our descendants.”

“A-Train: Memoirs of a Tuskegee Airmen”

We are proud to offer an ongoing deeper look into the personal and professional lives of Tuskegee Airmen. Their drive and determination, in the air during the war and in their education and careers as they forged ahead stateside, is not only impressive, it’s inspirational. These American heroes are the kind of role models we should all aspire to, and today we take a moment to learn about Charles W. Dryden, a man with a passion for flying that led him to fly for the Army Air Corps.

Dryden was born on September 16, 1920, in New York City to Jamaican parents who were educators. He graduated from Peter Stuyvesant High School and earned a BA in political science from Hofstra University and an MA in public law and government from Columbia University. In 1996, he was awarded an honorary degree of Doctor of Humane Letters by Hofstra University. 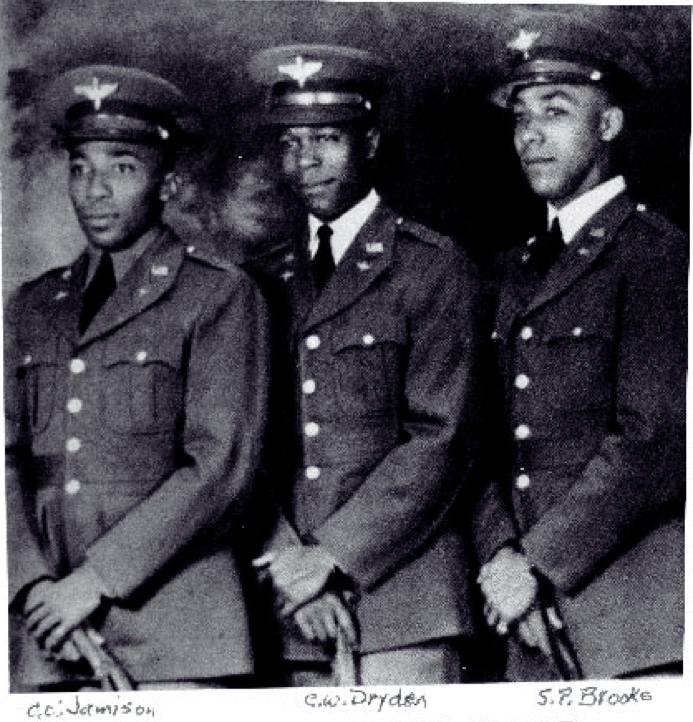 In August 1941, Dryden was selected for aviation cadet training at the Tuskegee Army Flying School in Alabama. He was commissioned on April 29, 1942 as a second lieutenant in a class of only three graduates, which was the second class of black pilots to graduate in the history of the U.S. Army Air Corps. Upon completing his training, Dryden was named a member of the famed 99th Pursuit Squadron, and later the 332 Fighter Group, which served in North Africa, Sicily and Italy during World War II. On June 9, 1943, Lt. “A-Train” (his P-40 nickname) led a flight of six pilots engaging enemy fighter aircraft in aerial combat over Pantelleria, Sicily. It was the first time in aviation history that black American pilots of the U.S. Army Air Corps engaged aircraft in combat. When he retired from service, he had achieved the rank of Lt. Col.

Following the war, Dryden served as a professor of air science at Howard University and retired in 1962 as a command pilot with 4,000 hours flying time. Dryden was a member of the board of directors of the Georgia Aviation Hall of Fame, and was also is a member of the Atlanta Metro Lions Club, Quality Living Services (a senior citizens organization) and the Atlanta Chapter of Tuskegee Airmen, Inc. (ACTAI), which he helped found in 1978 and served as president, vice president and national convention committee chairman. He has been inducted into the Honorable Orders of the Daedalians, the Kentucky Colonels and the Palmetto Gentlemen of South Carolina. In 1998, Colonel Dryden was inducted into the Georgia Aviation Hall of Fame. He was designated an Outstanding Georgia Citizen by the Secretary of State in 1997.

His autobiography, “A-Train: Memoirs of a Tuskegee Airman,” was published by the University of Alabama Press in 1997. The book is a remarkable account of Dryden’s youth, war experience and feelings about the deep impact of racism on our country. You can find it in our webstore.

“A-Train is a moving memoir of a black military officer and illustrates the period of racial integration in both military and civilian life. Colonel Dryden’s book commands our attention because it is a balanced account by an insightful man who enlisted in a segregated army and retired from an integrated air force. Dryden is eloquent in his presentation of the experiences he has shared and the changes he has witnessed. This story of an authentic American hero will touch each and every reader.” 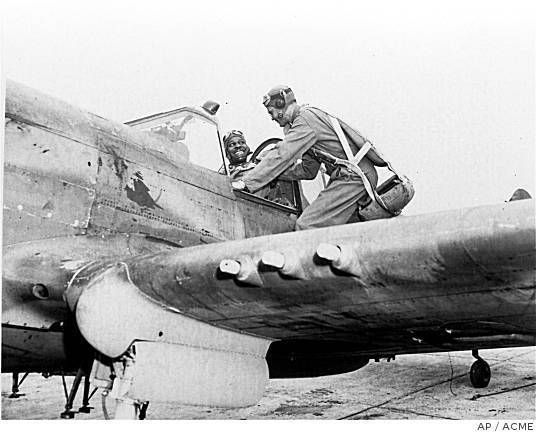 Charles W. “A Train” Dryden pictured here in a P-40 Warhawk with Benjamin O. Davis on the wing before a mission in this 1943 AP photo

Dryden passed away in 2008. He leaves behind not only a legacy of determination, but proof that following your dreams can change the course of history. Like other Tuskegee Airmen, Dryden’s passion and skill for flight was stronger than the racism thrust upon him at every juncture. Because these fine American’s had the strong desire and will to become aviators and serve their country, they changed the course of race relations. History shows we have all benefited from their ability to triumph over adversity.

To Charles Dryden, a fine aviator and citizen, we salute you for your service!

Listen to Oral History Segments on The History Makers