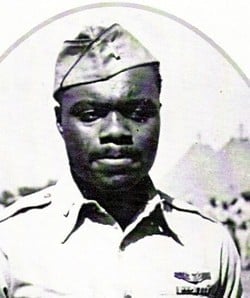 Clarence  “Lucky” Lester  was a fighter pilot with the 332nd Fighter Group, to which the 100th Fighter Squadron was assigned.

The 100th Fighter Squadron was the second all-black fighter squadron to be established, created just 20 days after the surprise attack on Pearl Harbor that pushed the United States into World War II.

After training at Tuskegee Army Air Field, in Tuskegee, Alabama, the 100th Fighter Squadron was moved to Michigan for several months before deploying to Europe. The squadron arrived at its base in Italy on Feb. 3, 1944, and began flying convoy escort, harbor protection, scramble and point patrol missions a few days later. 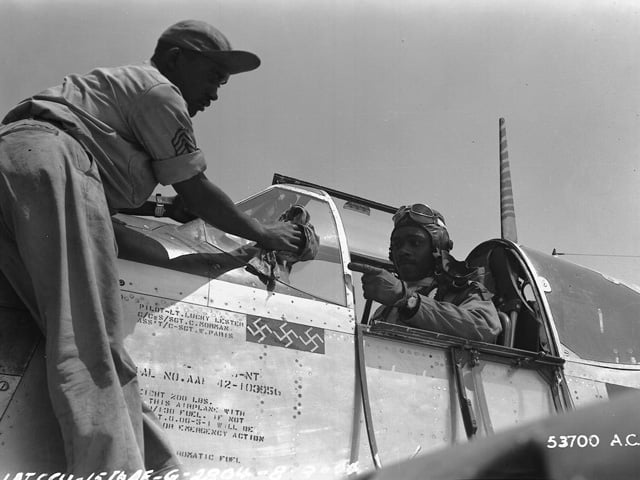 In a first person account, Lester describes the day that July of ’44 that would seal that nickname for the rest of his career.

Lester describes meeting his bomber at about 25,000 feet and had reached a level of about 29,000 feet when he and his formation spotted enemy aircraft. “We were flying in a loose formation, about 200 feet apart and zig-zagging. The flight leader commanded ‘hard right and punch tanks’ (drop the external fuel tanks). I saw a formation of Messerschmitt Bf 109s straight ahead, but slightly lower. I closed to about 200 feet and started to fire. Smoke began to pour out of the 109 and the aircraft exploded. I was going so fast I was sure I would hit some of the debris from the explosion, but luckily I didn’t.” 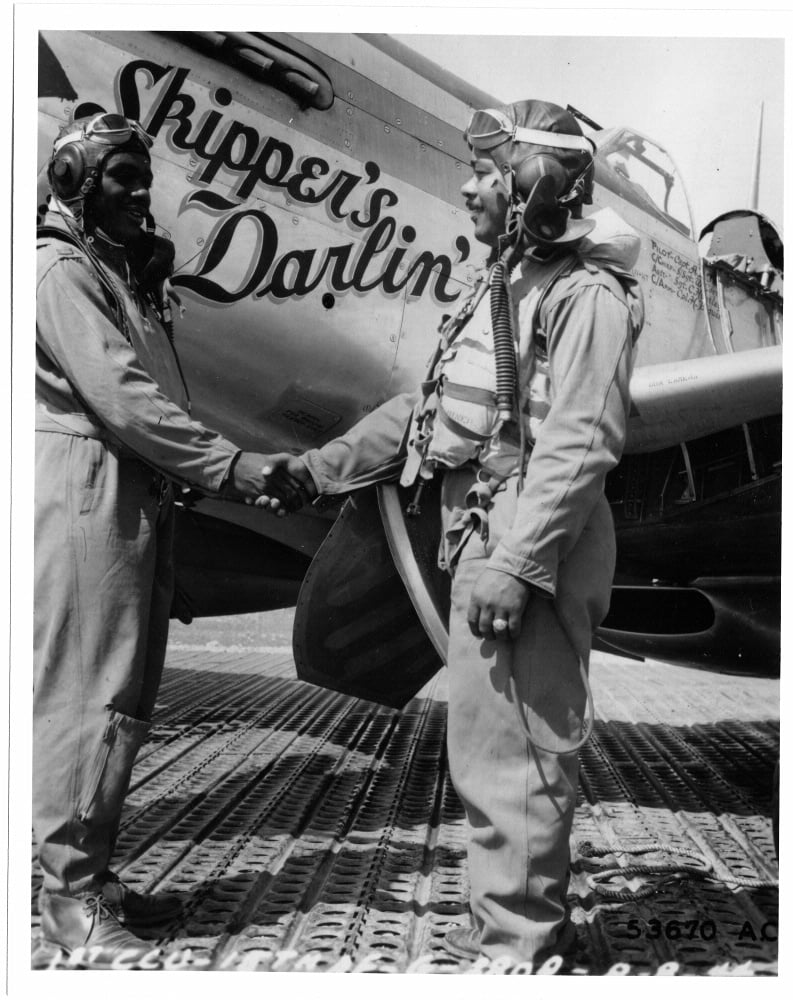 According to Lester, he saw another 109 to his right as he continued to dodge debris from his first kill. “I turned on his tail and closed to about 200 feet while firing. His aircraft started to smoke and almost stopped. My closure was so fast that I began to overtake him. When I overran him I looked down to see the enemy pilot emerge from his burning aircraft. I remember seeing his blonde hair as he bailed out at about 8,000 feet.”

Lester then began looking for his flight mates when he spotted his third 109 flying low, about 1,000 feet above the ground. “I dove to the right, behind him, and opened fire. As I scored hits, he apparently thought he had enough altitude to use a ‘split S’ maneuver (a half loop going down where the aircraft is rolled upside down and pulled straight through until it become right side up) to evade me. As I did a diving turn I saw the 109 go straight into the ground.”

According to Lester, it took a while to sink in that in the span of about five minutes he had downed three enemy aircraft. “Everything went the same as in training except for the real bullets. Real Bullets!! Until then, the danger of the mission had never occurred to me.”

By the end of the war in 1945, the 100th Fighter Squadron had earned a Distinguished Unit Citation and had shot down 22 enemy planes.

After WWII while flying an F-84E Thunderjet it experienced mechanical failure and exploded into flames forcing Lester to yank his ejection seat and parachute from the inflamed jet, which made him “only the sixth pilot ever to use the ejection method.” Later in his career he also worked with the infamous “Whiz kids” that Robert McNamara assembled at the Office of the Secretary of Defense. In 1969 Lester retired as a full colonel and was then appointed as associate director of social services in Rockville, Maryland.