CAF Red Tail Squadron pilot Alan Miller is not only a skilled commercial and warbird pilot, he’s also a blues music enthusiast. Ferrying our P-51C Mustang Tuskegee Airmen to its next event, he flew right over the birthplace of the genre and captured an aerial tour of the area, for your enjoyment. Check out his thoughts and photo montage below!

I always reflect upon blues music when flying our Red Tail over Mississippi because of the historical impact of slavery there and how that led to gospel, blues and rock and roll. It’s humbling to fly over those old plantations and think about the struggles people of color endured, and how far we’ve come as a nation.

When referring to Mississippi blues and the delta, it’s actually much more than the where the river meets the ocean in New Orleans. In fact the area is primarily represented much farther north by the triangle between the Big Sunflower River and the Yazoo River. This is an area steeped in tales of hardship and poverty for in black American history that led to the creation of blues music.

There’s a saying the “blues had a baby and it was rock ‘n’ roll.” A lot of our nation’s musical heritage traces their way back to this very area. Blues greats such as Robert Johnson (who’s arguably the greatest bluesman ever), Muddy Waters, Howling Wolf, BB King, Charlie Patton and many others all came from this general area. Later, musicians like Elvis, the Beatles, the Rolling Stones, Led Zeppelin and even young bands that are up-and-coming now site these bluesmen as their greatest influences.

The names of the small towns in this area and the broader surrounding area are particularly interesting. Belzoni, Itta Bina, Indianola, Morgan City, Stovall, Clarksdale, Sidon, Greenwood. They are all towns steeped in blues legends, traditions and histories. Just a little outside of this area is Tupelo – the birthplace of Elvis – and locations of battle of the Civil War such as Vicksburg and Natchez. Even the famous American writer William Faulkner was born here and spent most of his life in Oxford, Mississippi.

It’s a privilege to fly this historic P-51C Mustang in honor of the Tuskegee Airmen. Each time I climb in the cockpit I’m reminded of their tenacity to fly and fight for a country that did not value their full humanity, because of the color of their skin. Flying over landmarks like these, that are so important to black history and the experiences of black Americans, I am humbled and reminded of how important our work is at the CAF Red Tail Squadron to share their remarkable history and life lessons with people around the country. 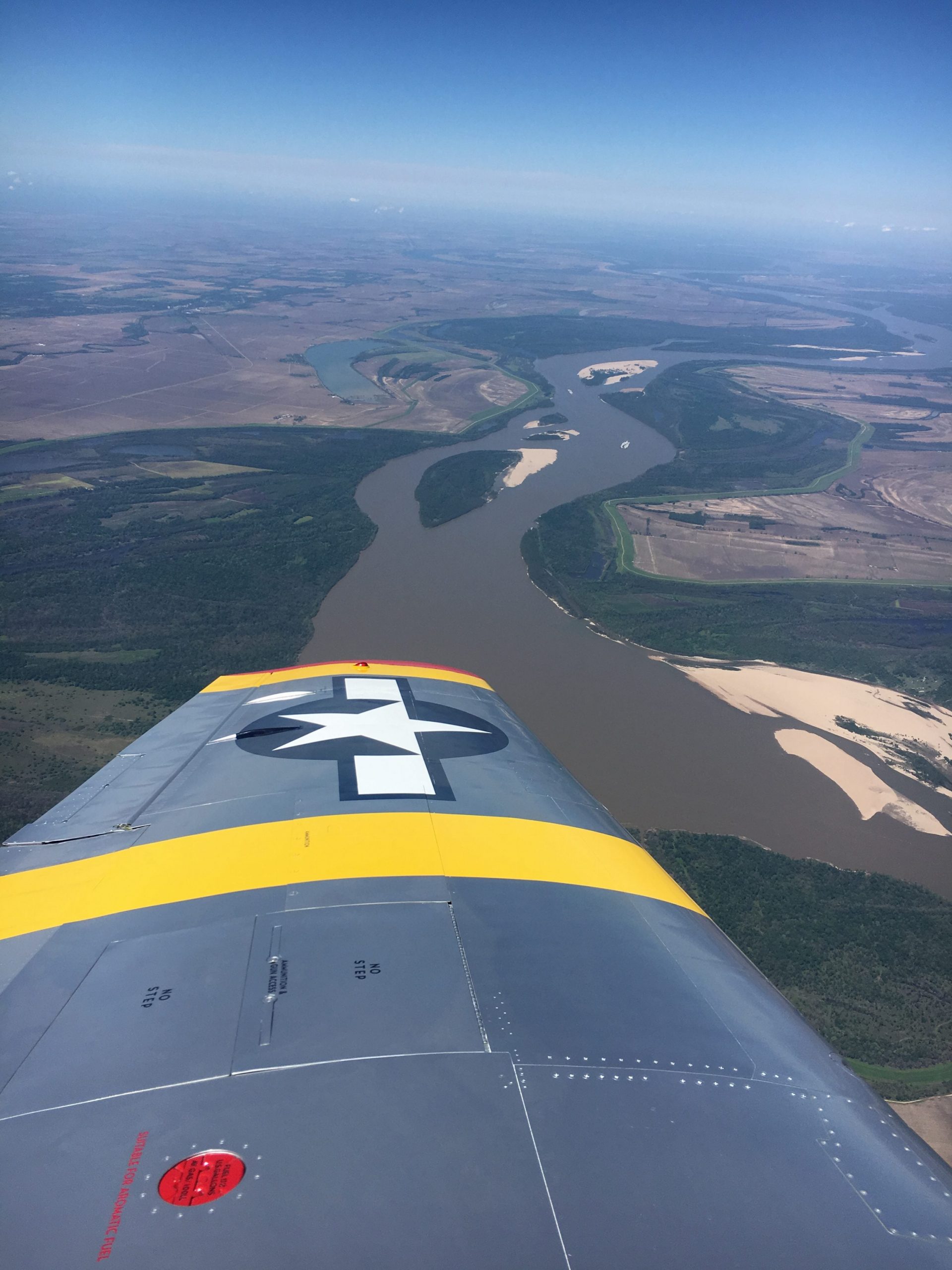 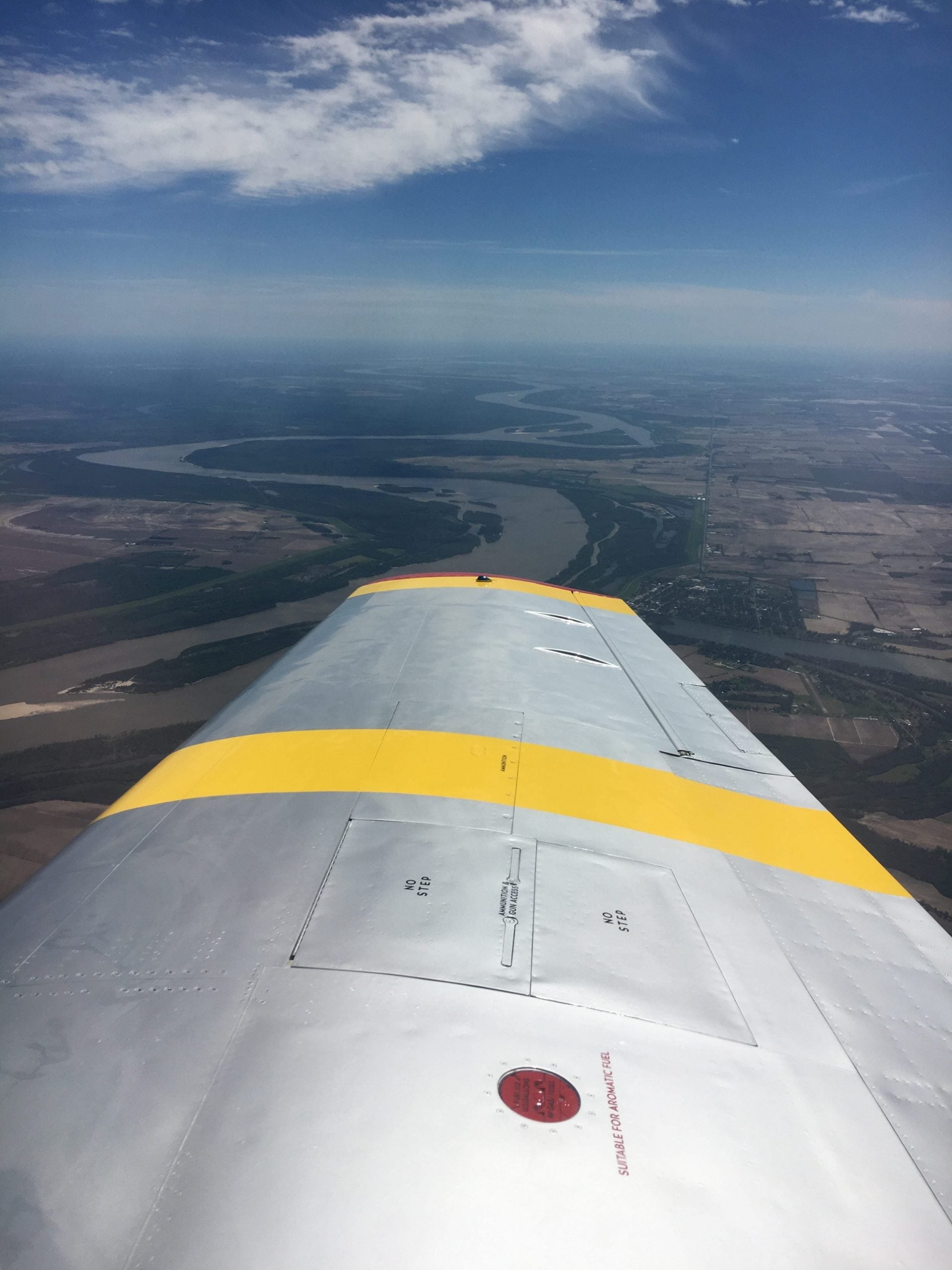 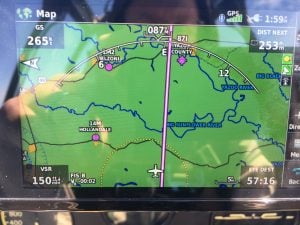 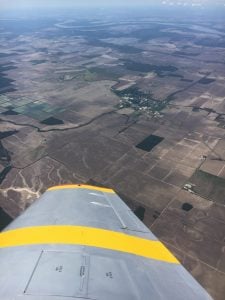 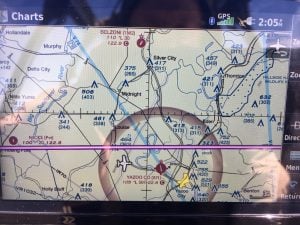 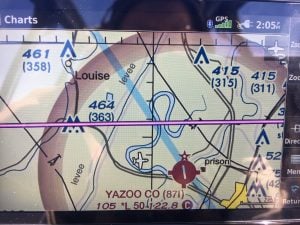 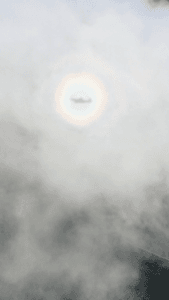 This is what we pilots call a “flyers halo.” It’s a rainbow surrounding the shadow of the plane on a cloud. 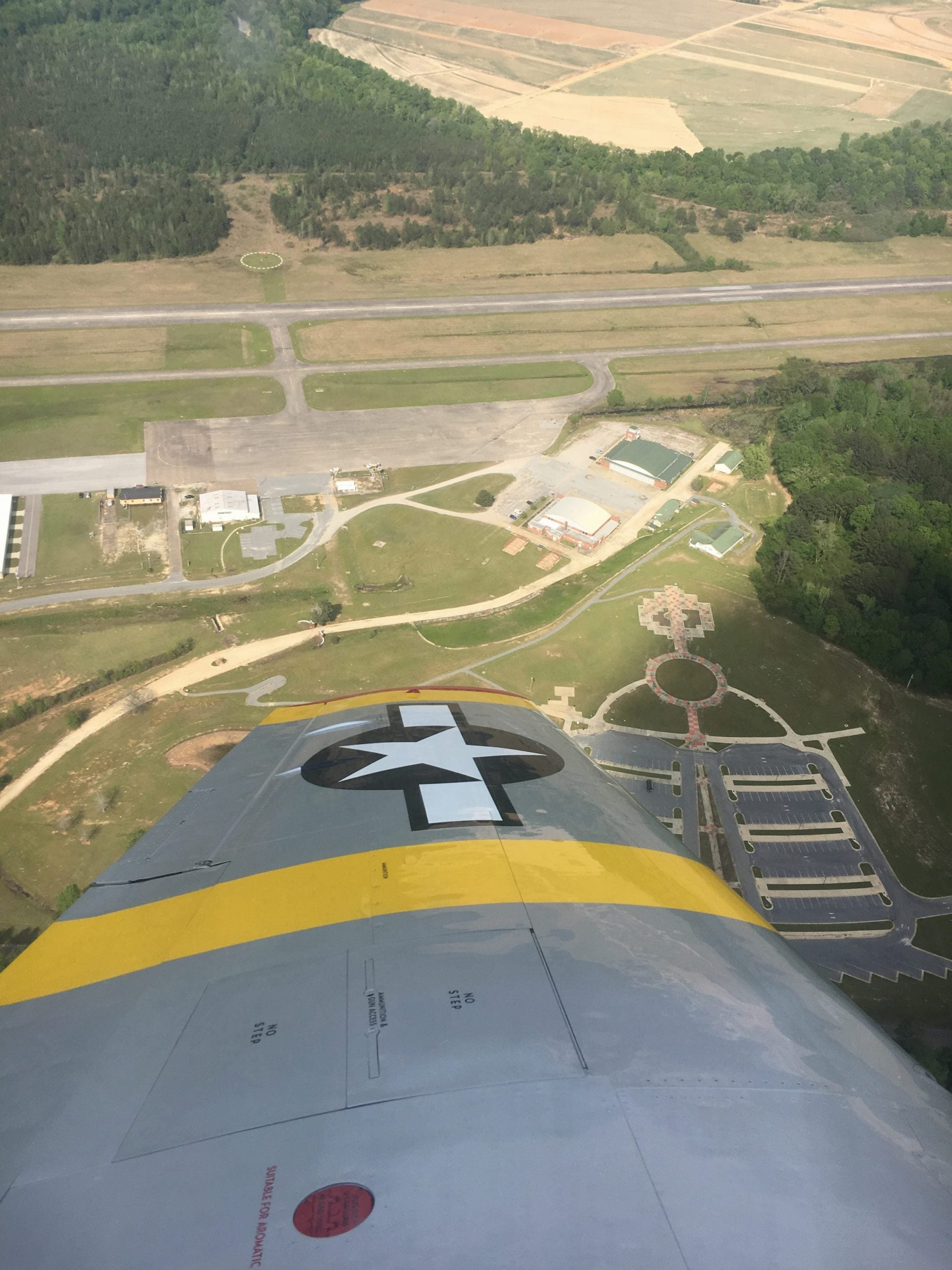 My ground track took me directly over Moton Field in Tuskegee, Alabama so I made a circle over this iconic location, one of the places where the Tuskegee Airmen pilots learned to fly. 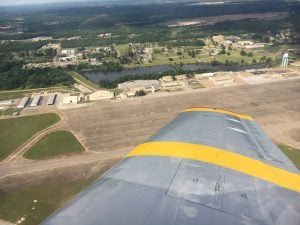 This is Craig Air Force Base in Selma, Alabama. 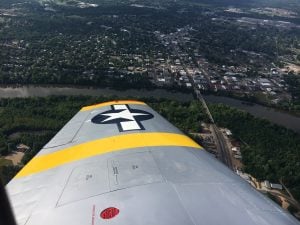 And this is THE bridge in Selma. It’s remarkable to think of the courage of all those people standing up for voting rights back in 1965, marching over that bridge for fair and equal rights. 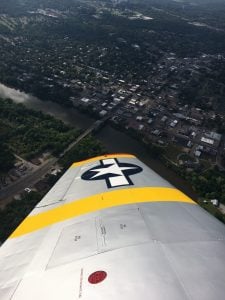