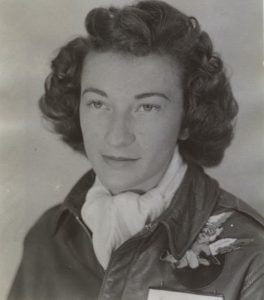 Edith had learned to fly in the Pomona Junior College Civilian Pilot Training program, given at Brackett Field, an airfield located between the cities of La Verne and Pomona, California.

After graduation from WASP basic on February 11. 1944, 23-year-old Edith reported to Hondo Army Air Field in Hondo, Texas, where she piloted twin engine aircraft to train student navigators. From there she went to Moore Army Air Base in Mission, Texas.

Around Moore Field, on the Mission Army Air Base, the thermometer was climbing its way to 90º on April 25, 1944. There had been a trace of rain early in the morning, but the afternoon had cleared to a partly cloudy sky with an occasional light southeast breeze from the Gulf of Mexico. Edith was flying an AT-6 Texan with Robert Kuenstler Jr., who had enlisted in the Army a year earlier and had graduated from advanced flight training at Moore Field. Edith was helping Kuenstler with his navigation and instrument flight training. She had traded places with another WASP for the afternoon flight.

Kuenstler was at the stick of the AT-6, while Edith observed from the back seat. Just after 2:30, flying about 12 miles northwest of the field, Kuenstler was going through the usual dips, turns, and rolls before dropping into a dive. As he pulled back on the stick to recover, they both could hear the straining scrape of metal as one of the wings separated and fell away. The aircraft began to fall and Kuenstler quickly unfastened his harness and jumped to safety, but Edith could not. Perhaps struck by the wing, her canopy would not open and she went down to her death with the plane. 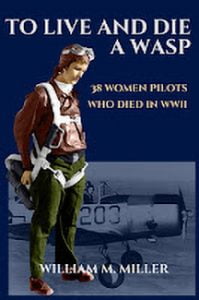