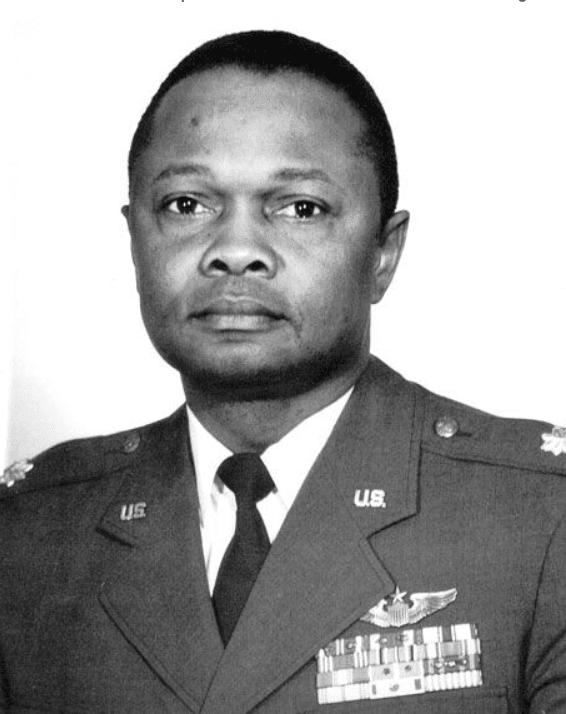 This amazing true story came to us courtesy of friend Regis Bobonis, Sr., a champion of the Airmen and a respected historian.

“Mayday! Mayday! I am Silvertone. My bird just flamed out. Mayday!”

“I read you Silvertone,” answered Captain Edward Harris of Pittsburgh, Pennsylvania, the Operations Officer of the 772nd Radar Squadron at the Ground Control Intercept Center in Blue Knob, Pennsylvania. “Do you have glide control of your aircraft?”

“Roger,” replied Silvertone.” I was out of Otis in Massachusetts headed west when the flame out hit at 40,000 feet … I’m at 30 and dropping fast. I will never make it in time to Harrisburg International or Johnstown. Any idea where I can set down?” Silvertone asked calmly.

“Affirmative,” said Harris. I have you pinpointed right above us at Claysburg. Once you have ground visibility we have vectored you to make a 360 and look for a pattern of necklace lighting in a straight line for over a mile. That’s a stretch of Pennsylvania Route 22, now your runway. It’s 0230 in the morning and there should be little or no traffic. If you see any motorists and your landing lights are operational, waggle your wings on approach to alert them to pull over and stop. Silvertone replied, “I am into the turn. I noticed the lights when I broke cloud cover. I am on approach …”

Meanwhile Harris’s staff set in motion the military “plane down” protocols. State police, fire and emergency medical teams were already en route and at the ready to process everything from pilot injury to securing the top secret aircraft; moreover, the Center’s customized 18-wheeler flatbed had been dispatched and a megaton military helicopter placed on standby if needed to get the plane and/or wreckage off the roadway before the locals began their morning commute.

After an eternity of waiting, the intense silence of those airmen gathered in the Operations Room was broken in a burst of cheers and applause as Silvertone’s deep voice came through loud and clear! “I’m down. It was a smooth roll until I stopped right in the middle of the highway. I can see a caravan of lights headed my way. My thanks to all who got me down safely.”

“Affirmative Silvertone,” Harris responded. After explaining the decisions behind the oncoming lights he added, “My people will make you comfortable at our facilities. At 1100 hours later today we will all gather in the Center’s Operations Room and debrief this morning’s mission.”

“Affirmative,” answered Silvertone. Promptly at 1100 Silvertone, flanked by two Center staff aides, walked into the Operations Center but stopped dead in his tracks as he made eye contact with Harris. “Eddie … is that you?” Harris looked at Silvertone in shocked disbelief. “Chappie … you’re Silvertone?” Harris said in a voice barely above a whisper.

Those gathered in the room looked on in stunned silence as the two African-American Air Force officers wrapped themselves in a huge bear hug, greeting one another with broad smiles and pats on the back. The onlookers could never have imagined that not only were they witnessing an elegant happenstance in the American Black experience, but they had just helped save the life of then Lt. Colonel Daniel “Chappie” James, the man who went on to excel in every Command level duty assignment, including NORRAD.

The man would become the first Black General to be named Commander in Chief of the United States Air Force!

And what made this reunion all the more improbable was that both men were “Top Gun” graduates of the legendary Tuskegee Airmen, the Black pilot training program at Tuskegee, Alabama. Further, during the Korean War, their Captain Harris flew as First Lieutenant Daniel James’ “Wing Man”, flying over 100 combat missions in P51 Mustangs and F80 jet fighters.

The then-Captain Edward Harris was raised in Pittsburgh’s Hill District. He was a straight A graduate from Schenley High School with a passion for any subject that pointed him toward a career in aviation.

As long as anyone can remember Ed busied himself on weekends building model airplanes or flying his handmade kites on Morgan Field near his home on Conklin Street.

When Harris learned of the Tuskegee program he enlisted and, due to his high-test scores, he was off to Tuskegee, Alabama for training. Over the next 22 years he proved himself to be accomplished as a combat pilot and a respected authority in Air Traffic Control Communications. At the time of the James incident, Harris was the Ground Control Intercept Officer at Blue Knob. He was responsible for control intercept operations covering airports at Greater Pittsburgh, Youngstown, Ohio, Delaware, and Olmstead Air Force Base. Additionally, he was responsible for the proficiency training of 45 pilots, training schedules and check rides.

Incredulously, earlier on the afternoon of July 6, 1956, Harris was the central figure in saving the lives of two National Guard Pilots flying P31s on a cross-country training flight. In an attempt to make a steep climb out of an electrical storm, the planes lost much of their navigational and radio communications; only one radio was barely audible to make a “May Day”. The pilot reported they knew they were lost somewhere over the Pittsburgh Tri State area and were dangerously low on fuel.

Again, using his video mapping scope, Harris gave them a 360 check turn and located the flight 90 miles south of Pittsburgh. He quickly ordered them to climb an additional 1,000 feet to get above the daily Pittsburgh flight traffic flow, and then vectored them into the radar and radio reach of the Pittsburgh Control tower, enabling the two planes to land safely with only 11 minutes of fuel remaining.

Lt. Colonel Harris holds the Distinguished Flying Cross, multiple air medals with Oak and Silver Leaf Clusters, the Order of Merit from the South Korean Royal Air Force, and numerous awards, citations, and merit promotions for his on-the-job performance in the service of his country.