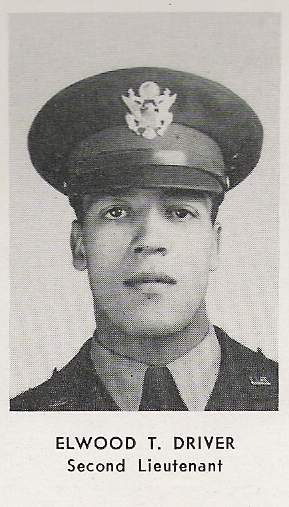 A native of Trenton, New Jersey, Elwood “Woody” Thomas Driver earned his bachelors’ degree from the New Jersey State College in 1942. He later earned a masters’ degree in safety from New York University.

Driver was one of the thousands of pilots to successfully complete Duckworth’s “all-weather” instrument course. He finished the six-week program in January 1945.

His involvement and success is historically notable.

Driver was commissioned as a Second Lieutenant in the U.S. Army Air Corps in October of 1942 and served as a combat pilot and flight leader with the 99th Fighter Squadron. He was officially credited with 1 combat victory over a German Focke-Wulf 190 aircraft on February 5, 1944. He also had one “probable” victory as well. By the end of the Second World War, Driver had completed 123 combat missions.

Driver was the first “colored officer”-as proclaimed by a news release from the public relations office at Bryan Field-to gain instrument rating at the Texas installation.

Before arriving at Bryan Field in Texas, Driver had flown more than 120 combat missions in the Mediterranean region of the European theater of war. He earned, among other citations, an Air Medal with Clusters and the Distinguished Flying Cross.

Driver had sought to attend the U.S. Naval Academy in the years leading up to World War II. But, despite scoring the highest mark on the academy’s admittance test, Driver was not accepted. According to his page on the Smithsonian National Air and Space Museum website, he flunked his physical for “overlapping teeth.”

When Bryan Air Force Base was reactivated in 1951, one of the first instructor pilots assigned there was another Tuskegee Airman, Captain John Porter.

After his 20-year military career, Driver served for 5 years as the Chief, System Safety Engineering, for North American Aviation. He was then hired by the National Transportation Safety Board (NTSB) and was the NTSB’s Associate Administrator for Rule Making from 1967 to 1978. He earned the DOT’s Special Achievement Award in 1975.

In 1978 President Carter appointed Driver to serve as the Vice Chairman of the NTSB from 1978 to 1981. Driver directed the 1979 investigation of the American Airlines jetliner crash in Chicago that killed all 271 people on board and two on the ground.

His last government position was with NASA Headquarters as the Director of the Aircraft Management Office in Washington DC from 1986-1990.

Following his death on 26 March 1992, he was laid to rest with full military honors in Arlington National Cemetery.

Salute to a job well done! 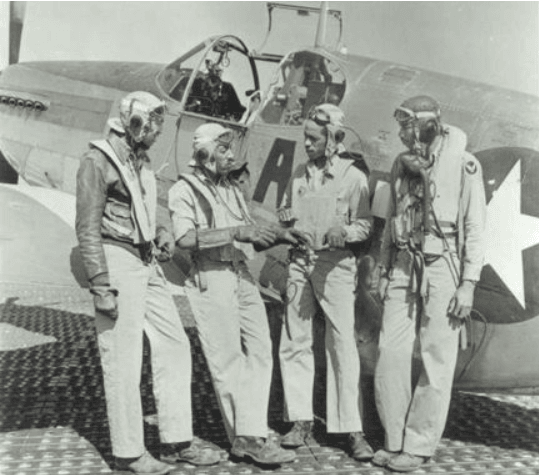