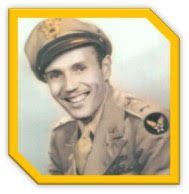 “I guess I’ve never been accepted by anybody.  My birth certificate makes me too black for white people; and I’m too white for black people, so I guess I’ll just have to be who I am.”

AVIATOR AND ATTORNEY FLIES SOLO IN LIFE-LONG BATTLE FOR EQUALITY

Eugene D. Smith was born in 1918 in Franklin, OH.  Despite his Caucasian appearance, Smith was ordered to fly with the African-American Tuskegee Airmen during WWII. The doctor who delivered him coded his birth certificate with a “C” for “colored” due to his mixed European and Native American ancestry.  That process of identifying ‘black’ babies was common at the time. Eugene attended Withrow High School in Cincinnati, OH. There he ran track, played baseball and graduated in 1936. After graduating high school, he studied at Kentucky State University in Frankfort, KY, where he earned a Bachelor of Arts Degree. Following college, Eugene volunteered to serve his country by enlisting in the United States Army Air Corps to become a pilot. That is where his unusual story of heroism began.

When he was accepted into the Air Corps and about to begin his flight training, the Army found that his birth certificate listed his race as colored.  So, they declined to send him to flight school with ‘white’ soldiers. Instead, Eugene was sent to the Tuskegee Air Base to train and serve with African-American pilots. Confused, the ‘black’ Airmen failed to understand why a ‘white’ man was a part of their units.

Finishing his air training, 2nd Lt Smith and the other members of the famed flying unit went to Europe.  There, he escorted bombers on many missions, including raids on Adolph Hitler’s oil fields in Romania. He flew 16 missions over Germany in support of the Allied invasion. Many of his missions were extremely dangerous; however, his dedication to God and his country brought him through those difficult times.

One mission in particular caused 2nd Lt Smith to deal with adversity. As he brought his plane back in, he was under so much pressure that his right eye was swollen shut and his left eye was almost swollen shut.  He tried to keep it straight, but at the end of the runway, he couldn’t hold it and it turned around on him. It was that incident that led Col B. O. Davis, Jr., Commander of 2nd Lt Smith’s Unit in Italy, to have him grounded, classified as mentally ill and returned to the states.

Arriving back in the states, 2nd Lt Smith said that he was ushered to several hospitals, all of which 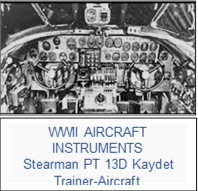 determined very quickly that he wasn’t mentally ill – and immediately returned him to flight status.  Knowing that they couldn’t send him back to Italy, his superiors returned 2nd Lt Smith to Tuskegee to serve as a Flight Instructor until his enlistment was up. When he got to Tuskegee, Col Noel F. Parrish had heard his story and he assigned 2nd Lt Smith to teach students to fly by instruments.

Officers at Tuskegee also understood his predicament. So, when it came time for social interaction on weekends, they allowed 2nd Lt Smith to check out a plane and fly to different cities. To locations where he was free of the stigma that followed him in the service.  He continued his assignment until Col Parrish informed him that the government was closing the historic base at Tuskegee and its Program. Col Parish told him that he had a choice of a base in TX or one in OH.  2nd Lt Smith choose Lockbourne Air Base in Columbus, OH.

Sometimes history comes with a bit of irony. Col Davis asked 2nd Lt Smith, “What was he doing at Lockbourne?”  When Smith tried to explain, Col Davis replied, “No you’re not!  You are going into the reserves.”  2nd Lt Smith said that Col Davis put him out of the Air Force. In January of 1957, Eugene D. Smith was honorably discharged from the United States Air Force as a 1st Lieutenant.

After returning to OH from Tuskegee, 1st Lt Smith came home from the war, only to learn that he was unaccepted by both sides of a nation filled with racial tensions. After graduating from Franklin College of Law in Columbus, OH, 1st Lt Smith spent 12 years as Chief Counsel for the Hamilton County-OH Public Defenders’ Office. While serving as Chief Trial Lawyer, Attorney Eugene D. Smith led the controversial efforts to integrate juries in the county. During that time, he earned the “Senatorial Citation” – the highest honor a person can earn in the State of OH. He was also one of the first ‘black’ men to earn designation as a Kentucky Colonel. Afterward, Attorney Smith later practiced law in Cincinnati for over 50 years.  His career included participating in the argument of a First Amendment case before the Supreme Court of the United States.

Because of the publicity surrounding the ‘black’ Tuskegee Airmen, 1st Lt Smith never got the recognition for his military service that he deserved.  Although, he did eventually receive his replica of the Congressional Gold Medal, he was not invited to the official ceremony held in Washington, D. C.

In the early 1990s, 1st Lt Smith retired to a houseboat at the Turtle Creek Marina in Florence, IN on the OH River in Switzerland County (as it borders with Kentucky).  As 1st Lt / Attorney Eugene D. Smith looked back over his life, he had mixed feelings of pride and resentment. His birth certificate still followed him.  He said that he had considered throwing it away, but knew that for all of the havoc that it had caused in his life – it also had played a major role in developing the man that he was throughout his life.

During an air show at Rickenbacker Air Base near Columbus, OH, a flatbed trailer had been prepared for the Airmen and contained a small set of bleachers so that the Airmen could be taken around the field and recognized by the nearly 30,000 people in attendance.  Sadly, 1st Lt Eugene Smith wasn’t invited to board the trailer.  The Airmen were driven all around the airfield and were wearing fancy jackets and pants.  1st Lt Smith was wearing a tee-shirt.

In March of 2011, 1st Lt Eugene Smith was one of two soldiers honored on a new monument that was 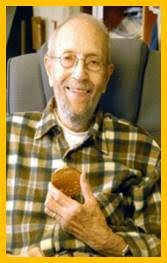 placed on the lawn of the Switzerland County Courthouse near the Veterans Memorial. At the ceremony, 1st Lt Smith thanked the residents for letting him be a citizen of Switzerland County.  U. S. Congressman, Todd Young, was the featured speaker and he gave 1st Lt Smith the honor that he had long deserved.  Congressman Young said, “You offered a bit of diversity to the Tuskegee Airmen.  Your story inspires us; your service humbles us; and your presence here today certainly honors us.  On behalf of everyone here today, on behalf of the entire country, I offer you two carefully selected words: ‘Thank you’.”

On Wednesday, 21 November 2012, at the age 94 years, 1st Lt Eugene D. Smith died at the Harrison County Hospital in Cynthiana, KY.  He was survived by three children, several grandchildren and great grandchildren. A memorial service for him was held at the Patriot Baptist Church in Switzerland County, IN.