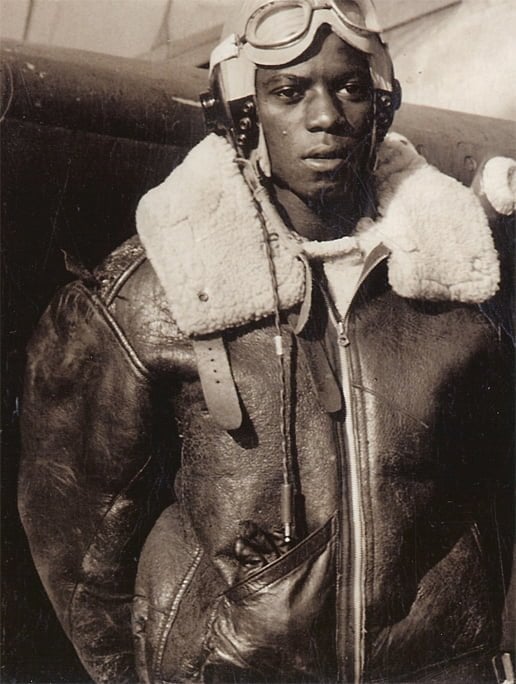 Eugene J. Richardson, Jr  was born in Cleveland, Ohio September 18, 1925. His father was a minister and Eugene spent his childhood in a number of small towns in  Ohio.

While living in Mansfield, Ohio when he about five or six years old he went with his father to see an air circus put on by colored pilots who called themselves the Blackbirds. He did not know anything about aviation but thought it was the most fantastic thing ever and from time he wanted to fly an airplane.

WWII provided the opportunity for Eugene to realize his dream of becoming a pilot.  At the age of 17 he passed an exam and became a pre-Aviation Cadet in the Spring of 1943. He was inducted into the Army Air Corp in October, 1943.  He had basic army training at Keesler Field, Mississippi.  He went to Tuskegee in January, 1944 and completed flight training in March, 1945 and was commissioned 2nd Lt in class 45A at the Tuskegee Army Air Field, Alabama. He then went to Waterboro Army Air Field, South Carolina for combat training in April 1945. There he flew the P-40 and P-47 type aircraft. The war in Europe ended in May 1945. The war with Germany ended a few weeks after his graduation, before he had a chance to fly a combat mission. He was discharged in June 1946. 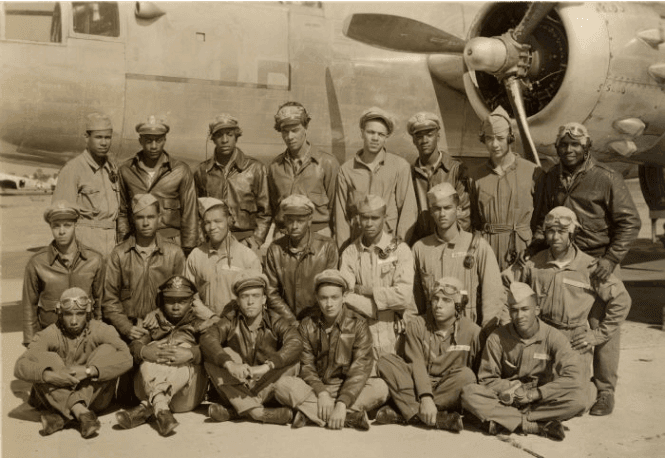 Being a Tuskegee Airman was a highly coveted achievement in the segregated American life of the 1940s. And for Richardson, it fulfilled an ambition he had held since childhood.

“For me, it was simply a dream come true,” he said. “Ever since I was a little kid, I was interested in airplanes. My dream was to fly an airplane. And the war came along and made it possible.”

After returning to civilian life in Philadelphia Richardson enrolled in Temple University on the GI Bill. After a career that ranged from selling cemetery lots to working in a Philadelphia department store, he landed in the field of education where he would eventually serve as an assistant principal and as a principal, retiring from a more than 30-year career as an administrator in the Philadelphia school system.

But it has been life after retirement that has been particularly busy and rewarding, he contends. He remarried the year after he retired and he and his wife, Helen Richardson, have been deeply involved in Find Your Wings, the nonprofit they founded together. It is a career development organization for youth in grades 4 through 12 to “recognize their legacies and see their potential.”

The aim, Dr. Richardson said, “is to get young people to learn about themselves, their attributes, their skills and their passions and to direct then toward a career that matches those skills.”

“If young people work in the fields where they feel a passion, it won’t feel like work. They will do the things they like professionally and get paid for doing those things.”