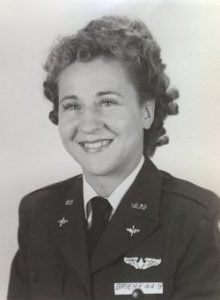 Aviation Pioneer. In 1938 she became the first woman in history to be licensed by the Civil Air Authority as a flight and aerobatics instructor.

Evelyn Pinckert Brier was a sparkling conversationalist with a radiating sense of humor. This petite woman, who everyone  called “Pinky” was also a living legend. Born on April 12, 1909 into a multi-talented family—her sister, Jeanne Dixon, was a well-known astrologer and syndicated columnist; and her brother, Ernie Pinckert, was a football All-American half-back for USC, it seemed only natural that Pinky Brier would be destined for something extraordinary as well.

Pinky had a life-long passion for aviation. She worked her way through flight school and paid for plane rentals by working at the Gas Company while a high school student. The effort paid off. She became the first American woman licensed to be a flight and aerobatics instructor. Pinky claimed to have logged some 70,000 hours in the air and also holds the record for the most take-offs and landings at LAX.

In 1935 Pinky was taught to fly at Arlington, near Riverside, by Army Air Force pilot Lieutenant Joe Brier, who was then stationed at March Field. She loved it. Aviation became her permanent way of life in 1937. She flew from a farmer strip in Beaumont for a couple of years. As she put her lifelong habit: “the first thing in the morning you check the weather, wind direction and cloud cover…one a bird soars, it can never settle for a stroll.” 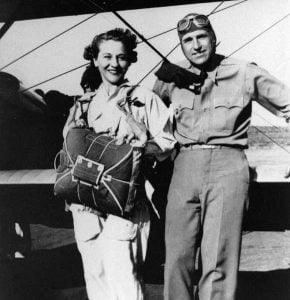 In 1939, she married Joe, who had acquired the Tri-City Airport, owning it until December 1979.

Throughout most of this period was a partnership of Pinky and her husband, Joe. It was an unusual partnership in that Joe, who was also a superb mechanic and electronics technician, would fix the planes and Pinky would fly them. She took pride in the fact that there were never any accidents or crashes at her airport. Joe died in 1976.

Soon after Pinky acquired the airport, the clouds of war were gathering. Anticipating a need for many military pilots, the government established a civil aviation pilot training program here (Tri City Airport), the book work and ground classes were at San Bernardino Valley College. Pinky gave the flight training. Many of her students did become military pilots, including two Redlands women.

Pinky was “the first woman flight instructor in the United States”, the only female pilot to train male military pilots.

Pinky became a living legend in the San Bernardino area as a charter-flight pilot and with her husband Joe, as the owners (until 1979) of the Tri-City Airport. As a charter pilot she flew whenever (and wherever) her clients wanted to go–noon or midnight, Wednesday or Sunday, Christmas or any day. Because of this remarkable dedication to service, combined with peerless airmanship, she built up a unique charter service.

This would sometimes take her into Los Angeles Airport four or five times in a single day. Since all pilots communicate with approach and departure control and ground control, hundreds of airline pilots, through the years, heard the voice of “that woman pilot, Pinky,” and wondered about her.

Because of her reputation, numerous famous people have called upon her for a flight (eg): Earl Warren while he was Chief Justice of the United States Supreme Court, and John McCone, when he was head of the Central Intelligence Agency.

She took the deepest personal satisfaction from mercy, or quasi-mercy flights. One woman needed a cornea transplant. This required the fastest transportation possible to San Francisco where the operation would be performed. She agreed to stand by, day-by-day, until a cornea became available. When it did, she rushed the patient to Los Angeles International Airport for a quick transfer to Pacific Southwest Airlines for the flight to San Francisco.

September 6, 1942, Pinky received the official AAF telegram inviting her to apply for civilian ferrying duty. She opted to stay with Joe, knowing he would soon be sent “overseas”. After Joe went overseas, Pinky applied for the WASP program and was accepted into the class of 44-9. After graduation, she was stationed at Minter Field, Bakersfield, California, where she was a ferry pilot, flying a variety of planes. 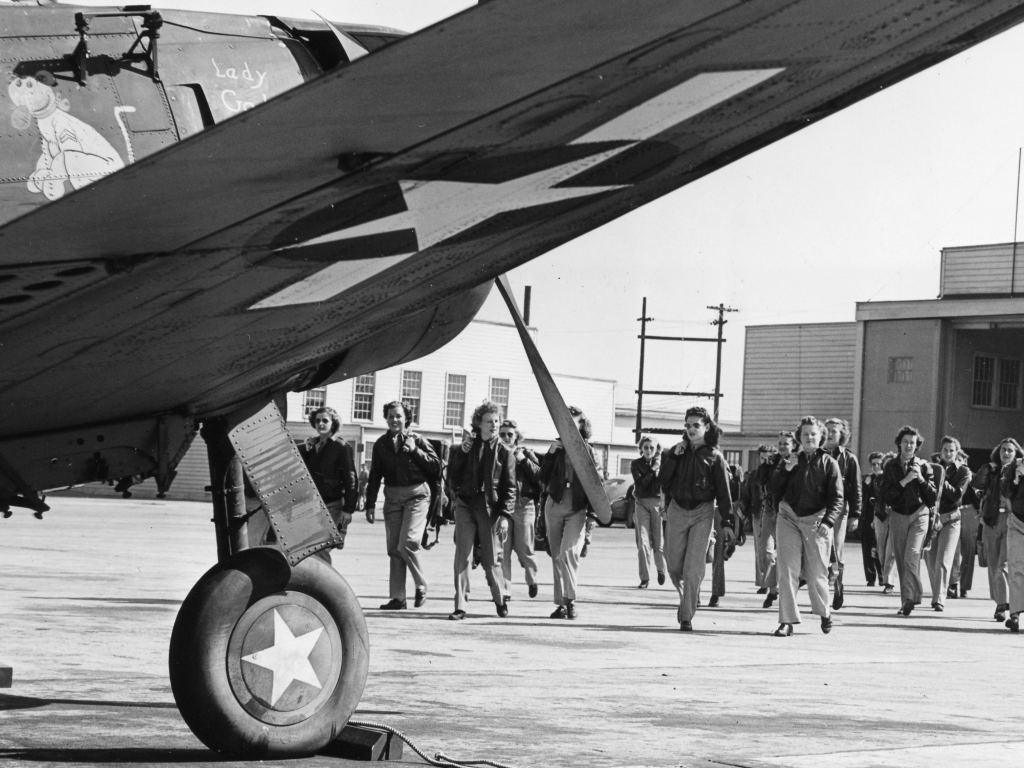 After the war, she returned to her airport, continued flight instruction and ran a US Postal flight service. Brier holds the record for the fastest solo cross-country flight in the 1930s, the record for the most takeoffs and landings at Los Angeles International Airport and has over 70,000 hours logged in the air. She retired from flying in 1980. In 2004, she established the Brier Foundation, which provides scholarships to women interested in careers in aviation and other forms of transportation.