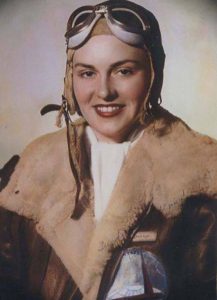 In the throes of the Great Depression, amidst the red dust and grasshoppers borne by wind from the Oklahoma Panhandle, a young girl named Evelyn Sharp grew up in the north central region of the Nebraska Sandhills. It was there she assimilated the values of perseverance and commitment, and acquired a sense of adventure which would clearly define her character. Evelyn would not settle for the security of a loving husband and home. She wanted to fly.

Born humbly, she was adopted by a loving childless couple who moved often, finding opportunity wherever it seemed to be. In her adult life, Evelyn would learn that a woman known to her as Aunt Elsie was in fact her biological mother.

Evelyn was into every activity Ord High School had to offer, and she graduated in 1937 as the best girl athlete in the history of the school. During that time, an itinerant flight instructor, behind in his room and board bill at John Sharp’s rooming house, offered to give Evelyn free flying lessons. Her fate was sealed.

Evelyn took her first flight when she was fifteen years old and soloed one year later. The Ord businessmen put a down payment on a brand-new Taylor Cub for her, and in return, she promised to repay them through promotional advertising during barnstorming tours in the North Loup Valley. It was a good deal for both.

Evelyn earned her private pilot certificate at seventeen and a commercial-transport at eighteen. During 1938 and 1939, she made appearances at county fairs, rodeos, and other community celebrations, giving over five thousand people a sky-ride. For many of them, this was their very first time in an airplane. By the age of twenty, she was one of ten women flight instructors in the United States. Evelyn taught flying to over 350 men in the Government’s pre-WWII Civilian Pilot Training Program in South Dakota and California. By this time, she was the sole support for her parents.

When the War Department organized the Women’s Auxiliary Ferrying Squadron in 1942, Evelyn qualified as its seventeenth member. She brought 2,968 hours to the Ferry Command, more than any of their other pilots.

Freeing male pilots for combat, Evelyn flew nearly every airplane in the Army Air Forces inventory. She only needed to complete transition to the B-17 before earning the highest rating then available to women.

She was killed on April 3, 1944 when an engine on the twine-engine P-38 she was ferrying failed on take-off at New Cumberland, Pennsylvania. One minute after take-off and with 700 feet altitude, one of the engines failed. For many pilots, the remaining engine would have torqued the plane over and into the ground. But Evelyn jammed the rudder to counter the effect, turned the plane back toward the field and pancaked the P-38 for a wheels up landing. The plane was not badly damaged, but Evelyn’s neck was broken. She was 24 years old.

At the time of her death, she was a squadron commander, only three flights from her fifth rating, the highest certificate then available to women.

For those who did not know her, there are impressive remembrances of a woman who has been called Nebraska’s most famous aviatrix: a P-38 propeller marking the site of the airport at Ord which is named in her memory, picture and print lining the walls of the fixed-base operations building, the Nebraska State Historical Highway Marker at the entrance to Sharp Field, the renaming of a portion of Highway 11 to Evelyn Sharp Road, the yearly celebration of Evelyn Sharp Days, the filming of the biographical documentary “Sharpie: Born To Fly,” and the publication of her biography, Sharpie: The Life Story of Evelyn Sharp – Nebraska’s Aviatrix.

Evelyn did not let role expectations, struggles, or disappointments stand in her way. She earned the reputation of being one of the finest pilots in the nation, but more importantly she had been kind to her family and friends. She did not forget the roots of her upbringing or what others had done for her. In 1941, when a Bakersfield Californian newspaper reporter asked her if there were a place for women in aviation if war broke out, she had replied without hesitation: “Certainly! There’s plenty of things a woman flier can do to help the aviation branches of the services. I’ll do everything I can.” For Evelyn Sharp, that statement became prophetic. A woman who simply loved to fly and loved her country could do no more. She had given her life for that country. 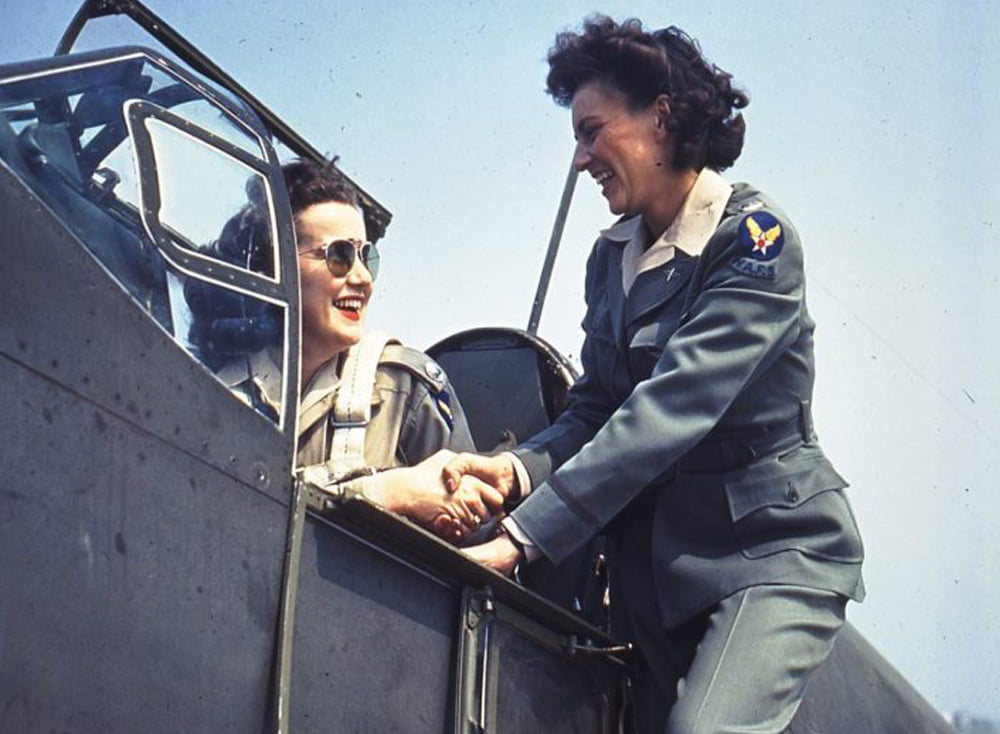