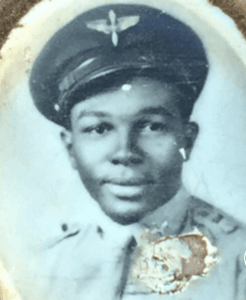 Nobody ever thought they would find it: The P-39 Airacobra #42-21226 that 2nd Lt Frank Moody, originally of Oklahoma, was flying over Lake Huron when he crashed on April 11, 1944. The formation had just flown up to the gunnery range at 50 to 100 feet above the water. Moody had just fired two bursts into the water when small pieces were seen coming from the front right side of his ship. The ship gave off a trail of black smoke, raised its nose slightly, but then cartwheeled into the lake four miles north of Port Huron, Michigan.

Moody was killed and his body was never recovered.

But then, as luck or fate would have it, there was a bad storm on Lake Huron in April of 2015, a barge and tug went down, and a cleanup was scheduled. The divers had found Moody’s plane, 70 years to the date it crashed onto the lake’s bottom on April 11, 1944.

In August 2015, Wayne Lusardi, an archaeologist and diver with the Michigan Department of Natural Resource, led an expedition to lower Lake Huron where in 1944, a Bell P39 Airacobra flown by 22-year-old Tuskegee Airman 2nd Lt Frank Moody, crashed into the lake during a World War II training mission. Lusardi’s team included divers from the Thunder Bay National Marine Sanctuary and Diving with a Purpose (DWP), a nonprofit dedicated to maritime history and archaeology involving African Americans.

Utilizing the skills and experiences of a variety of partners including law enforcement agencies, the State of Michigan, the National Oceanic and Atmospheric Administration, and members of the National Association of Black Scuba Divers and Diving with a Purpose. It was during this cleanup that a set of almost perfectly intact wings were found on the lake’s floor in 30 feet of water.

A few hundred feet away, the engine was discovered.

Here’s what Lusardi knows so far about the plane and its pilot.

Lusardi said Moody crashed while flying in formation only about 100 feet above the water, hitting the lake at a high speed, killing Moody and wrecking the engine and scattering the guns. Moody was completing training out of Selfridge and Wurtsmith Air Force bases after enlisting to fight in the early years of World War II as a fighter pilot.

2.) Those wings carry a lot of history.

It’s important that the tail section was painted red, the sign of the Tuskegee Airmen, confirming the plane belonged to a “Red-Tail,” the nickname for the Airmen. The Tuskegee Airmen were the first commissioned officers of color in the United States armed forces. They flew successful missions over North Africa and Sicily during World War II.

3.) It was one of the most emotional wrecks Lusardi has ever worked on.

“It was a place where a moment in history occurred. And it was unfortunately a place where a man died,” Lusardi said. “And although I’ve been working on shipwrecks for many many years, I’ve never really felt a connection with the site and the person that was last a part of that site. It was pretty emotional.” He said many of the crew were African American, and some had direct personal experience with people who had known Moody.

4.) It won’t be the last Tuskegee Airmen craft to find.

“There are more wrecks flown by Tuskegee Airmen that are still out in the lake, and we hope to find them in the coming field season.” He said 18,000 Army air crews were killed during training in World War II. He predicts there are at least four more Tuskegee Airmen planes that are still hidden somewhere out on the Great Lakes.

The recovered artifacts from 2nd Lt Moody’s site will be displayed in memorial exhibition in the National Tuskegee Airmen Museum in Detroit.

The Tuskegee Airmen Memorial Campaign will fund the design and installation of a memorial recognizing the bravery, conviction, patriotism and sacrifice of the Tuskegee Airmen that died in service to their country, culminating in an unveiling ceremony in the Flag Plaza along the beautiful St Clair River in Port Huron during the summer of 2020.

*Listen to the full conversation of Stateside staff’s conversation with Wayne Lusardi, an archaeologist and diver with the Michigan Department of Natural Resources. 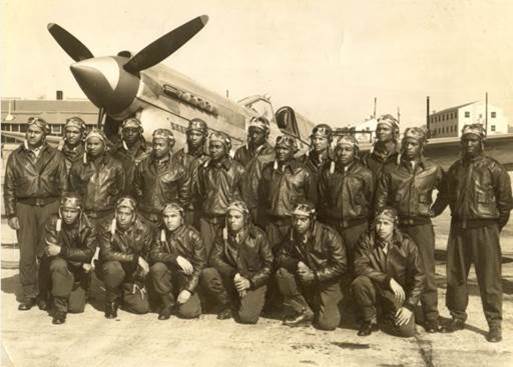 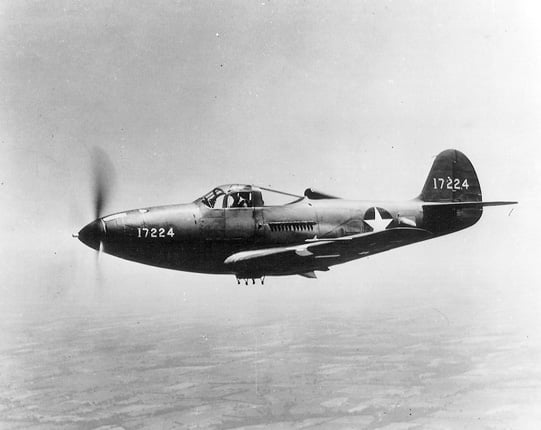 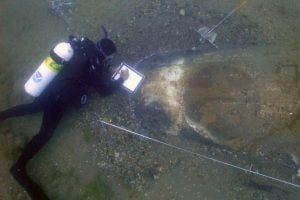 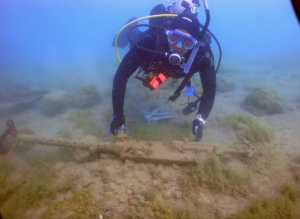 Erik Denson, Diving With a Purpose lead instructor, uncovers a machine gun from the P-39 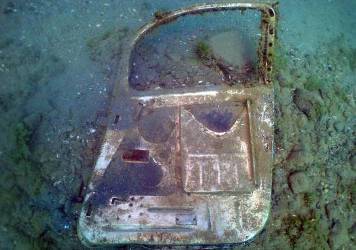 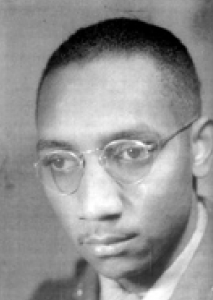