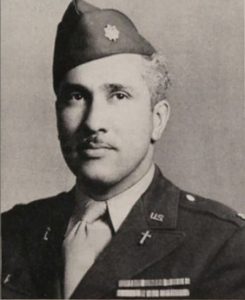 We have been doing some research on a chaplain of the 332nd. Our group is Canadian and we write for the Canadian Encyclopedia. Our interest in Major Bowser stems from the fact that he was born in Hamilton, Ontario in 1914.

Major Bowser’s father and his mother’s brother, Rev Henry B Gantt, were both AME ministers who were assigned churches in Canada. Rev Gantt was in Montreal and Rev. Francis E Bowser was assigned to the Hamilton congregation.

Interestingly, before Maj Bowser was with the 332nd he was the chaplain of the famous 92nd Buffalo Soldiers in Italy and France where he was awarded a Bronze Star and Purple Heart.

While chaplain at Tuskegee, he earned his civilian pilot’s license.  And he owned his own plane that he kept at the base!  We wondered how he could afford this???  Preliminary research indicates it was purchased by his wife’s younger sister, Una Mae Carlisle, who was quite well to do.

Una was part of the “USO” tour. In the book, “Double Victory” by Cheryl Mullenbach, Chicago Review Press 2013, it states, “Late in 1943, soldiers about to ship were entertained by Una Mae Carlisle and Ann Cornell at Camp Shanks near New York City.  Camp Shanks nicknamed “Last Stop USA,” by the soldiers, was a camp used exclusively for the deployment of troops overseas.  Una sang two songs she had written – ‘Walking by the River’ and ‘I see a Million People.'”

Una performed this song in response to the Luftwaffe (1941) That is why I thought you might be interested in her connection to Major Bowser and thus the Red Tails.

Major Bowser went to school at Wilberforce University with Una. He was in Science and Theology, she in music. He then married Una’s sister Ethelbelle.

Canada, being the USA’s closest and longest Allie, has participated in many of the wars. History calls them American wars and largely they were indeed Americans that made the sacrifices. But, other countries, including Canada, have always stood by its good friends in times of need.

For example, during the Vietnam War, an estimated 20,000 Canadians enlisted, 12,000 served overseas, and 134 were killed. We lost 158 in Afghanistan supporting USA interests.  In the Korean War, 26,000 Canadians participated, as well as 8 destroyers. And 516 were killed in Korea and of that number, 312 were killed due to combat.

So, considering Canada’s significant role in WWII as a part of the British forces, I am not surprised that some were a part of the Tuskegee story too.  Canada had more than 1 million serve in WWII, that was out of just 11 million citizens at that time. More than 43,000 Canadians were killed.

An interesting tidbit is that Canada and the USA formed a joint task force for an equal mix of solders from each country. They were called The Devil’s Brigade. Hollywood made a film about them. They were the template for what today we know as the Green Berets, Rangers, the SEALS, and Canada’s own Joint Task Force (JTF2) and Canadian Special Operations Regiment (CSOR).

Knowing history allows us to better address the future. 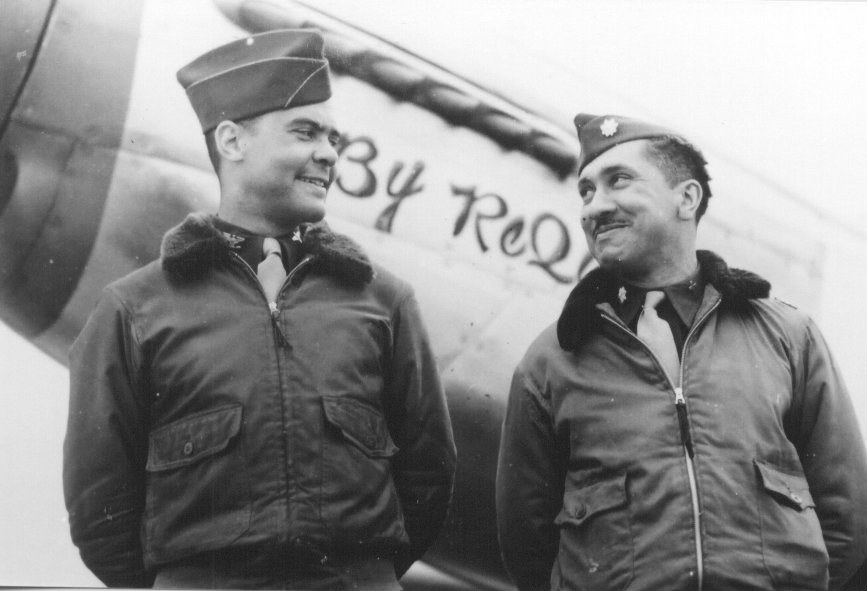 Canadian born Major Bowser beside Benjamin O Davis with “By ReQuest” behind them. Ramitelli, March 1945 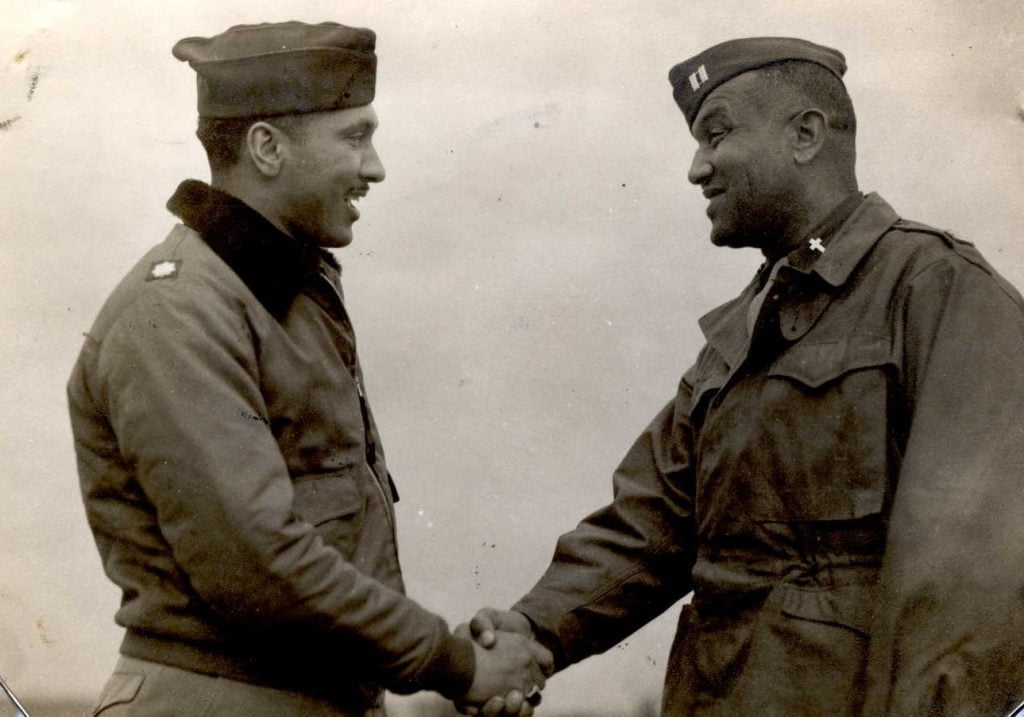 Major Bowser biography as seen in the Encyclopedia of African Methodism