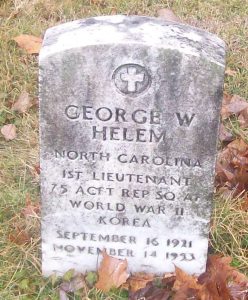 *If anyone has a photograph of George Helem please submit it to info@redtail.org

1921 was a year of historical significance. Warren G. Harding was sworn in as President of the United States. One of the worst acts of racial violence occurred in Tulsa, Oklahoma on May 31st and June 1st of that year. During August, the United States formally ended World War I.

Born amidst this historical context was George Washington Helem. George was born on September 16, 1921 in Reidsville, North Carolina to father Robert Samuel Helem, a farmer, and mother Elizabeth King. George was the oldest of siblings Geneva, Robert, and Mary.

After graduating high school, George attended the famous North Carolina Agricultural and Technical State University, the first college in North Carolina established for African American students. George worked in various occupations during the early 1940s, from a gardener to a civilian aircraft mechanic at the Tuskegee Institute. While living in Tuskegee, Alabama, George met and married his first wife Louise Demps on November 4, 1942.

During January 1943, George enlisted in the United States military and graduated as a 2nd Lieutenant from the Tuskegee Army Air Field, earning his wings with class 45-C-SE on May 23, 1945. His ability to both fly airplanes and fix them gave 2nd Lt. Helem a unique understanding. 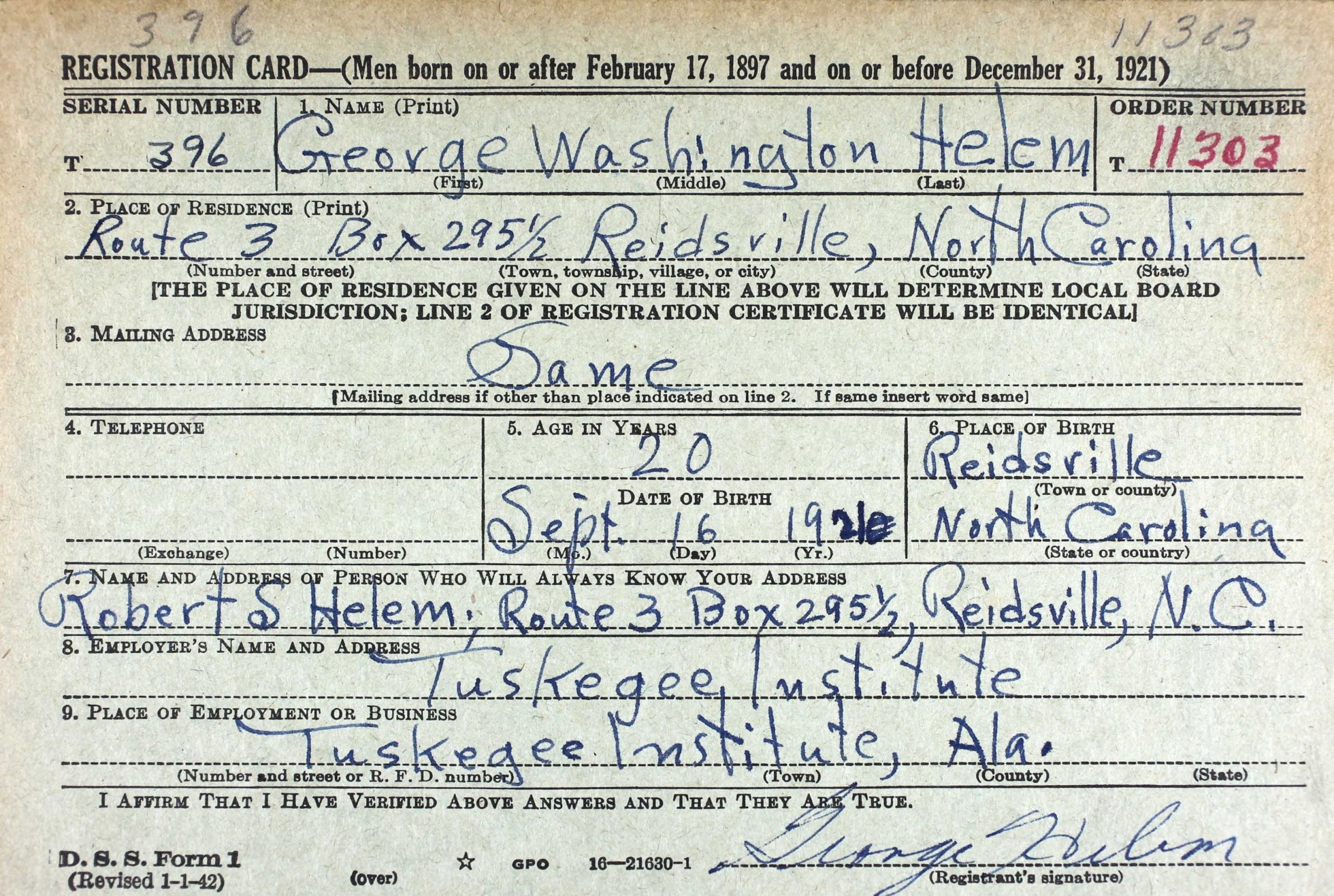 Following his World War II service as part of the 332nd Fighter Wing, now 1st Lt. Helem was part of the first group of African American officers to be reassigned after President Harry S. Truman signed Executive Order 9981 officially ending segregation in the United States Armed Forces. His reassignment in 1949 was from the 332nd Fighter Wing at Columbus Ohio to the 3535th Bomb Training Wing at Mather Air Force Base, California. 1st Lt. Helem married his second wife Oralouise Stewart on April 24, 1950.

1st Lt. Helem would go on to serve during the Korean War, focusing especially on his skills repairing aircraft. He would serve as part of the 75th Aircraft Repair Squadron and continue his service as part of the Air Force Reserves.

George W. Helem passed away on November 14, 1953 at Camp Gifu, Japan, at the age of 32. He is buried at the Greenlaw Cemetery in Columbus, Ohio with a marker bearing testament to his dedication and bravery. Born amidst the historical context of the 1920s, George W. Helem would, because of his life and military service, play a role in charting a new course for the history of his nation. Most especially, his pioneering service in the United States Army Air Force and later Air Force serves as a reminder about the important role played by those who fly the planes and those who fix them and keep them flying.