Gertrude Tompkins Silver was the only WASP listed as MIA (Missing in Action) during WWII.

She was raised as the youngest child in their family and had a stuttering problem when she was young.

Her family sent her to live with a family on a farm in West Virginia during her adolescence. Her parents hoped that the new surroundings would help her overcome her social withdrawal and poor school performance.

She attended horticultural school afterwards and raised goats for a period of time. She returned to work at Smooth-On Inc. with her father and lived in the New York City, New York area in the 1930s.

Gertrude fell in love with Stanley Kolendorski, an American aviator who was killed during World War II in the early 1940s. Stanley was a member of Eagle Squadron 71, made up of American pilots who volunteered to fly against the Germans for England before America entered World War II and after he returned to England to fight, Gertrude began taking flying lessons.

But in May of 1941, Gertrude received notice that her “one and only” love had been shot down by the Nazis, and his body was recovered in the sea.

Her loved ones believed that she developed an interest in flying after his death. Gertrude took private flying lessons, then joined the Women’s Airforce Service Pilots (WASP) shortly thereafter. 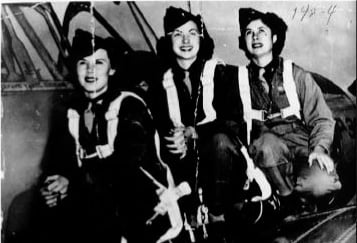 with the United States’ military’s approval. At the only all-female military base in U.S. history, she trained for 24 weeks, with 180 hours of flight time, 30 hours of simulated flight training, 5 hours of physical training each week, and 180 hours of instruction in navigation, communication, weather, aircraft, and engine, and Air Transport Command procedures.

The WASP were employed from 1942 through 1944 during the war and referred to as “fly girls.”

After graduating with flying colors in Sweetwater, Gertrude was eventually 1 of just 126 WASP chosen to attend Advanced Pursuit School (the Army’s “top gun” training school where only the best male pilots trained prior to combat) and she learned to pilot fighter planes (or “pursuit” as they were called at the time) like the Thunderbolt and Mustang.

All through training, Gertrude stuttered, and tried to keep to herself to hide it, but after her first flight in the shiny, silver P-51, which blazed across the sky with its 1,500 horsepower engine at over 400 MPH she never, ever stuttered again. 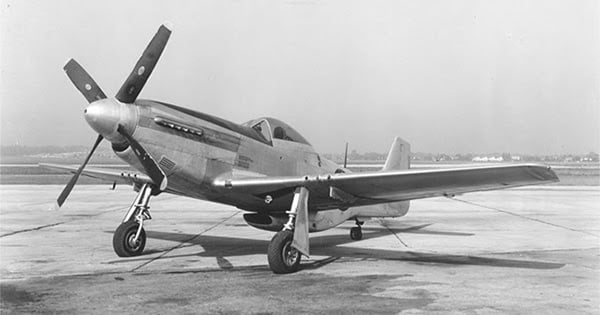 As a WASP, Gertrude was finally unchained from the ailment that nagged every part of her being for almost 30 years.

Gertrude married Army Technical Sergeant Henry Mann Silver in September 1944. Henry’s sister died after giving birth out of wedlock and he was preparing to adopt her child in 1944. He had known Gertrude for several years prior to their wedding and some believed that she was still mourning for her lost aviator at the time of their marriage. Her father adored Henry and thought of him as a son. 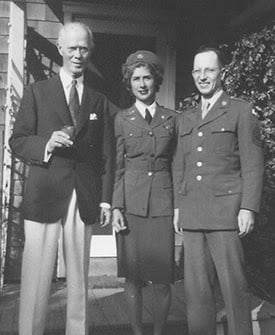 Gertrude returned to WASP duty two days after the wedding; she and Henry never saw each other again. She was not wearing her engagement or wedding rings when she departed for Texas, nor did she use her married name. Marriage by WASP was frowned upon and she may have been afraid she would lose her job.

Gertrude was scheduled to fly a P-51 Mustang fighter plane, the hottest fighter aircraft of the day, from Mines Field in Inglewood, California (now the Los Angeles International Airport, or “LA X”) to Palm Springs, California on October 26, 1944. She planned to fly the plane to New Jersey during the following days, but WASP were required to make stopovers at night to avoid flying during those hours.

On October 26, 1944 at 3:42pm Gertrude taxied to one side of the runway prior to her departure to have her cockpit hatch repaired. She apparently departed from Mines Field (Los Angeles International Airport) for Palm Springs, on October 26, 1944, flying a North American P-51D-15-NA Mustang serial number 44-15669. Assigned to the 5th Ferrying Group, 601st Ferrying Squadron, destined for New Jersey.

She never arrived at Palm Springs and due to reporting errors, the tower and air traffic controllers had no copies of her flight plans for the day she was not reported as missing until October 30, four days after her presumed disappearance.

The military initiated an extensive search for Gertrude and her plane, but no evidence of a suspected crash was ever discovered. She was classified as “missing and presumed dead” in November 1944. Henry mourned his wife’s assumed death until his own passing in 1965. There has never been any evidence uncovered to suggest that Gertrude survived after 1944.

The WASP were disbanded shortly after Gertrude’s disappearance. It wasn’t until the 1970s that they were recognized as active-duty armed members of the U.S. Army Air Force and permitted to receive veterans’ benefits. In 2010, all the WASP, including Gertrude, were awarded the Congressional Gold Medal.

Gertrude’s family members met airplane archaeologist G. Patric Macha in the 1990s. Macha believes that her aircraft crashed in the shallow water of Santa Monica Bay and is buried underneath layers of sand. Sonar imagery showed an object buried in the general vicinity in 2001.

Others believed that Gertrude may have crashed in the mountains near Palm Springs, a theory that Macha has never discounted. Gertrude’s case remains unsolved.

What exactly happened to Tompkins and where her remains are is still a mystery. Some believe Tompkins went down after becoming distracted or disoriented in the relatively new P-51D. The military planes of Tompkins’ era did not have black boxes. There was no radar to monitor Tompkins’ journey, and there was no flight plan for her.

After she disappeared, flight plans for each pilot were required, rather than a group plan. The military searched close to 30 days for her, looking fruitlessly in the nearby mountains and bay.

During October 2009, MAST “Gertrude Tompkins Expedition” searched for her aircraft. During their searches, they located a U. S. Air Force (USAF) T-33 jet trainer missing since October 15, 1955. There have been several searches throughout the years but all efforts to locate the possible crash site in Santa Monica Bay have been unsuccessful.

The Last Missing WASP  Trailer for a forthcoming documentary by Dan Crowell, a former dive boat skipper turned underwater cinematographer and TV producer. The film will chronicle the search for Gertrude Tompkins Silver.