Get in the jumpseat with CAF President and CEO Stephan Brown! 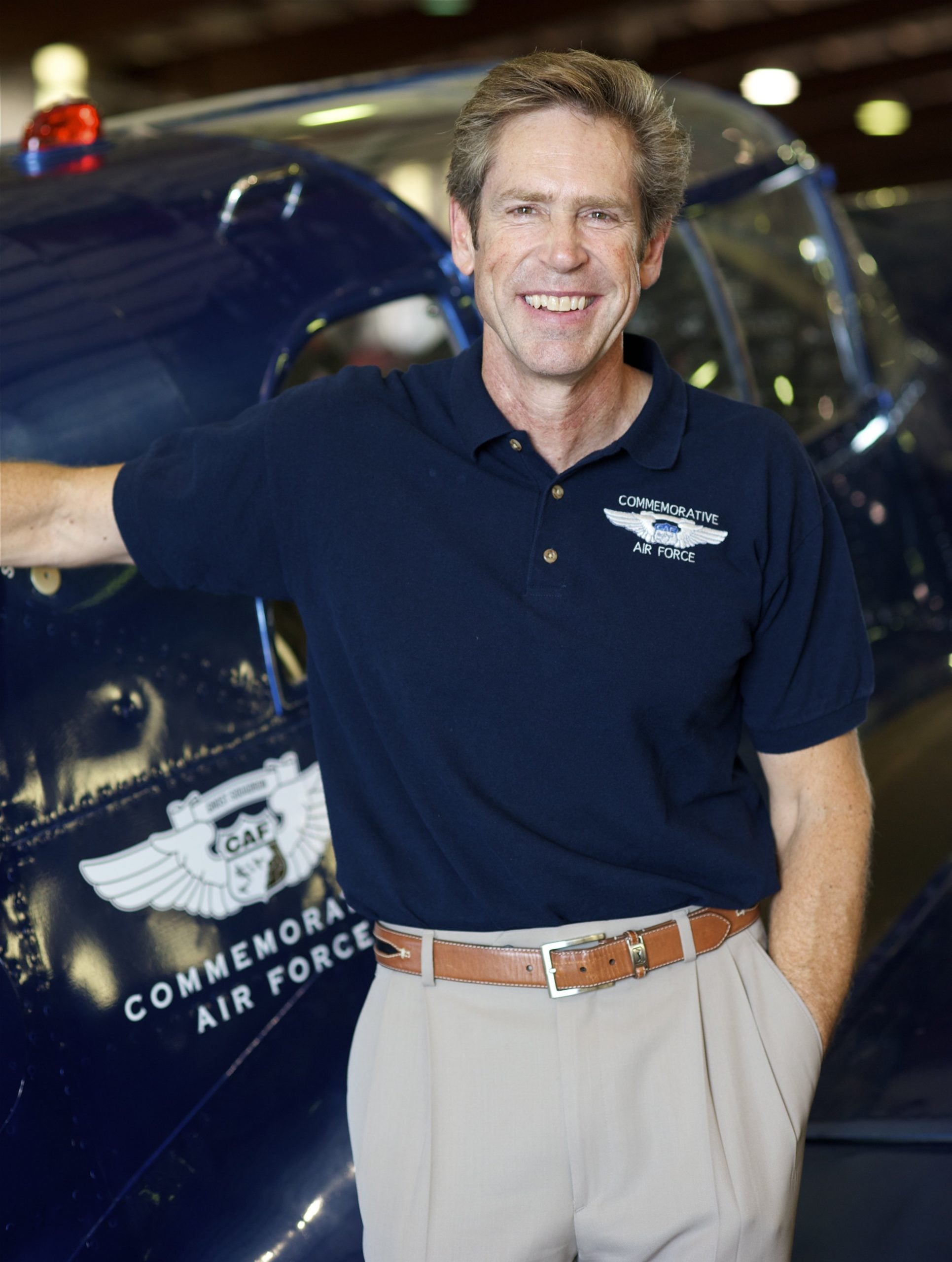 The CAF Red Tail Squadron is proud to be a part of the Texas-based Commemorative Air Force, a non-profit educational organization dedicated to honoring American military aviation history through flight, exhibition and remembrance. The CAF has collected and flown warbirds for over half a century and is the largest flying museum in the world. Our P-51C Mustang Tuskegee Airmen is a part of this fleet of 162 aircraft, which interestingly enough began in 1957 with – you guessed it – a P-51 Mustang!

CAF President and CEO Stephan Brown sits down with us to share his perspective on the direction of the CAF, and his personal experience in the field of aviation. Brown is a former Army aviator and private pilot with more than 2,000 hours logged in military and civilian aircraft, and has almost 25 years of leadership, marketing and financial management experience.

Read on to get to know our leader better, and get inspired!

I see from your bio that you have a background as a helicopter pilot in the Army. What inspired you to pursue aviation?

As a kid, my father always expressed a love of aviation, even though he wasn’t an aviator. He flew a bit as a crewman and in a small plane when he was young. So, his love of flying got me interested. When I was 19 I went to Kitty Hawk and paid $25 for 5 flights with Kitty Hawk Kites, which is still in business today. They were short hops, but it gave me motivation to work hard to obtain a flight school slot in the Army. When I was a rated helicopter pilot stationed in West Germany, I got to know the local German FBO owner. I was too young and naive to know any better, so I asked him how could I own my very own airplane. He helped me to get a bargain from a local German man who was selling a Cessna FR172 (made in Reims, France). So at age 26, I took private lessons and was the only owner on a base of 600 Army aviators with a private airplane (all of whom were more experienced than I). So, while my buddies were stuck on base over the weekends, I was flying off to the Alps! Another upshot of my pursuit of aviation was that I was able to teach my father to fly when he was in his 60’s!

What piqued your interest in warbirds?

When I was the Chief Marketing Officer of the Experimental Aircraft Association (EAA) I worked with the Warbirds of America and many of their key leaders became my friends – most notably, John Baugh. He was a mentor to me there and his love of warbirds translated over to me. Plus, who doesn’t get excited by those big radial engines or the sound of a V12 Mustang?! Then, when I became the president of the CAF, my exposure was even more intense and I really fell in love with these airplanes and all the members who keep them flying.

What are initiatives of interest to the CAF in 2015?

Our key initiative internally is the CAF National Airbase project. We are moving the CAF headquarters to Dallas, a large metropolitan area, and endeavor to build a world-class aviation attraction like no other. To do that, we must work out the design and then raise the $40+ million it will cost. In the field, with our units, the goal is to continue to educate Americans by operating our aircraft and displaying them to the public in any venue that affords us that opportunity. Additionally there are units that are growing and striving to become an Airbase, which is a type of “super-unit.” Arizona has already done it and the So Cal Wing is about to break ground on some new facilities, which will transform them into an Airbase.

How does the Red Tail Squadron benefit the CAF as a whole?

The Red Tail Squadron and its RISE ABOVE Traveling Exhibit is the most significant national educational outreach program, especially to young people, that we have in the CAF. The ability to use the airplane and the story of the Tuskegee Airmen to inspire young people to RISE ABOVE their circumstances is very powerful. The Squadron also provides the opportunity to educate all Americans on the role of the Tuskegee Airmen in WWII and brings pride to the African American community because of their significant and inspirational contributions in this war.

What is your vision for the CAF in the years to come?

My dream and vision for the CAF is that we be recognized as the most impactful aviation association in America. I can envision this because our target audience is not just aviation enthusiasts – it is all Americans. Our mission is to educate, and with 70+ units around the country, operating 162 airplanes, we are uniquely positioned to accomplish that mission.

What would be your advice to young people who are interested in pursuing aviation?

As it is with anything worth pursuing, it takes drive and effort. My advice for a young person is to find a mentor who flies and start pestering them to take them flying to learn the basics! Then go online and learn what you can, including getting a private pilot course like they sell at Kings Schools or Sporty’s. Work hard, save your money and start taking lessons. Flying has a few more barriers to entry, but you can get a pilot’s license at the same age as you can get a driver’s license! You might have to get a job and save your money, but what would be more exciting to say – “I’m gonna hop in my car and drive to a burger joint,” or “I’m gonna fly to the next state to see something really fabulous!” Young people like cool things and there is nothing cooler than leaving the ground in an airplane that you are flying!

Follow Brown’s blog, “From the President’s Desk,” as he chronicles his journey from unit to unit examining the big topics of the organization. Learn more about the CAF, see its fleet of historic warbirds – known as the Ghost Squadron – and find out about upcoming events at commemorativeairforce.org.