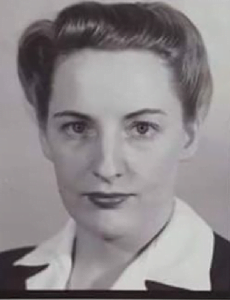 Gleanna was born in Sharon Center, Johnson County, Iowa. She graduated from Sharon High then enrolled in the University of Iowa and graduated in 1940 with a degree in Journalism.

It didn’t take Gleanna long to get her first reporter’s job with the Cedar Rapids Tribune, where she also was a writer in the editorial department. In February 1942, she accepted a reporter’s position with the Moline Dispatch newspaper in Illinois, just across the Mississippi River from Davenport, Iowa. By 1944, she was also the paper’s Radio Editor and Writer. While living in Moline, she began taking flying lessons and before she reported to Avenger Field, she had accumulated 65 hours in the air.

While she was residing in Moline, she took flight training and garnered 65 hours of flight time. She received her pilot’s license, and decided to join the WASP in June, 1944. 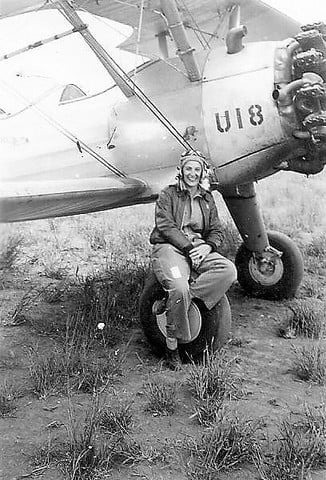 She was sent to Avenger Field, Texas, to complete her flight training, and was assigned to the Class 44-W-9. She had been there less than a month when she was scheduled for a solo flight on June 20 in a PT-17 Stearman biplane. Barely 20 miles west of Sweetwater, near Lorraine, Texas, Gleanna was practicing low level flight. Flying downwind, she decided to reverse course and entered into a too steep 180º turn. The plane lost lift, stalled, and began to fall. As the Stearman spun in, its left wings struck the ground and the plane began a cartwheel that tore it apart, killing 25-year-old Gleanna.

She had been a WASP for less than three weeks.

Martha Sarager, one of Gleanna’s roommates, escorted her body home to Sharon Center.