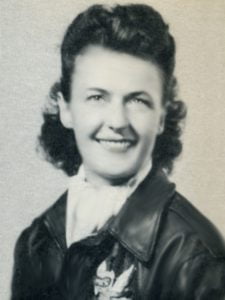 Hazel was born July 29,1918 in Lake Alma, Saskatchewan, Canada, to U.S. citizens, Henry and Maria Pracht.  The family eventually grew to include three brothers and one sister.

When she was 8 yrs. old, she told her father she wanted be a pilot or a doctor and move south for warmer weather.  She was so determined to fulfill her dream when she was old enough, she not only worked as a waitress, she also sold vegetables from a cart to earn money to pay for flying lessons.

She persevered until she earned her private and commercial pilot licenses. When she heard about a new Army Air Forces training program to teach qualified women pilots to fly military aircraft, she immediately applied and was accepted into Class 43-4.

Hazel paid her way to Texas, to enter training, along with 151 other young women pilots.  After spending six months training at Avenger Field in Sweetwater, Texas, Hazel  and 111 of her classmates graduated on 7 August 1943,  receiving their  silver  wings, and becoming WASP (Women Airforce Service Pilots, the first women in history to fly America’s military aircraft.)

Her Army orders sent her to the 6th Ferry Group at Long Beach Ca., where Hazel ferried aircraft from the factories to points of embarkation.  Eventually, she was transferred to La Junta Army Air Field, Colorado to fly B-25’s as part of the B-25 transition training school.

After the WASP were disbanded, she ferried planes in the New York area and earned her flight instructor’s license.  She then taught flying at Bucks Airport in New Jersey.

She finally flew south and landed a job with Delta Airlines as a radio operator in Columbia, South Carolina.  Eventually, she was hired by Delta as a flight instructor.  It was there that she met William ‘Bill’ Arnold Caldwell, who was one of her students.

Two years later, Bill and Hazel married and she gave up flying to become a full-time mom.  Eventually, the couple had three daughters.

After the girls were in college, Hazel enrolled in the Baptist Medical Center’s practical nursing school.  Working nights, she continued her education, eventually earning her RN degree from the University of South Carolina in 1978.  Four years later, Hazel was honored as “RN of 1982.”   She continued working at the Baptist Medical center until she retired in 1992.

On March 10, 2010, Hazel and her WASP sisters were honored by the Congress of the United States with the Congressional Gold Medal for their service during WWII.  It is the highest honor Congress can bestow on a civilian.

She was once asked what her favorite days were.  Hazel’s reply, “Super Bowl Sunday and New Years Eve.”  It was on Super Bowl Sunday, Feb 3, 2013, that Hazel quietly slipped off to sleep and took her last flight. 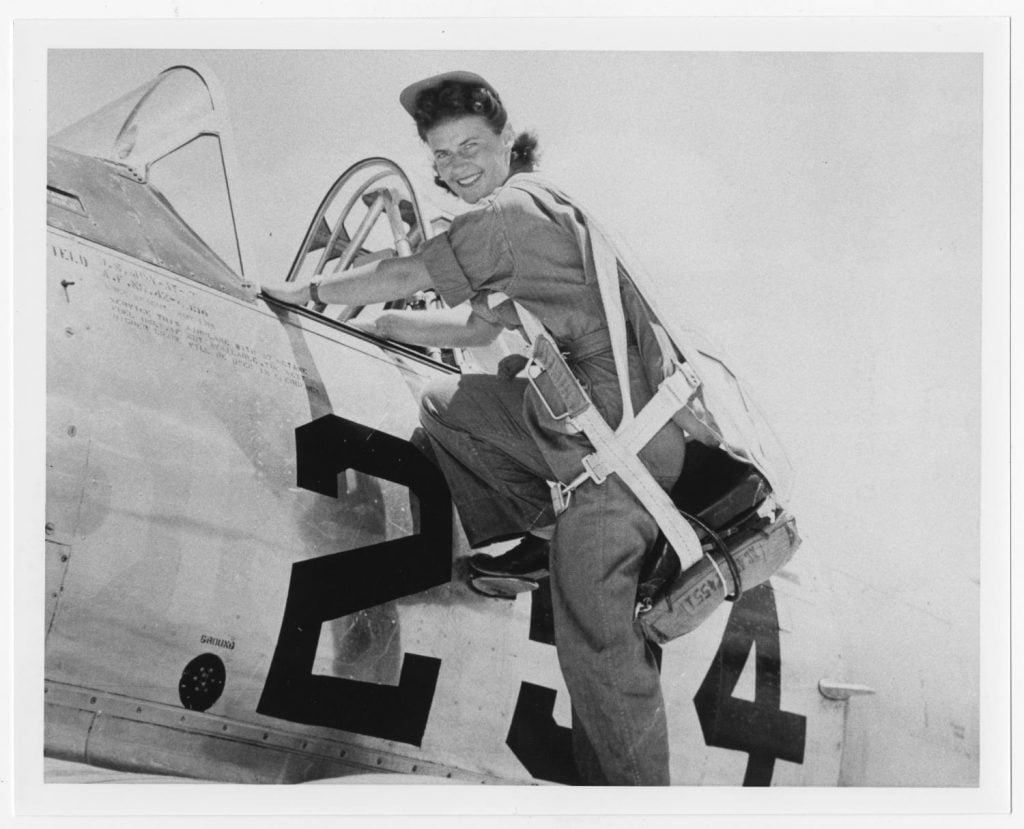