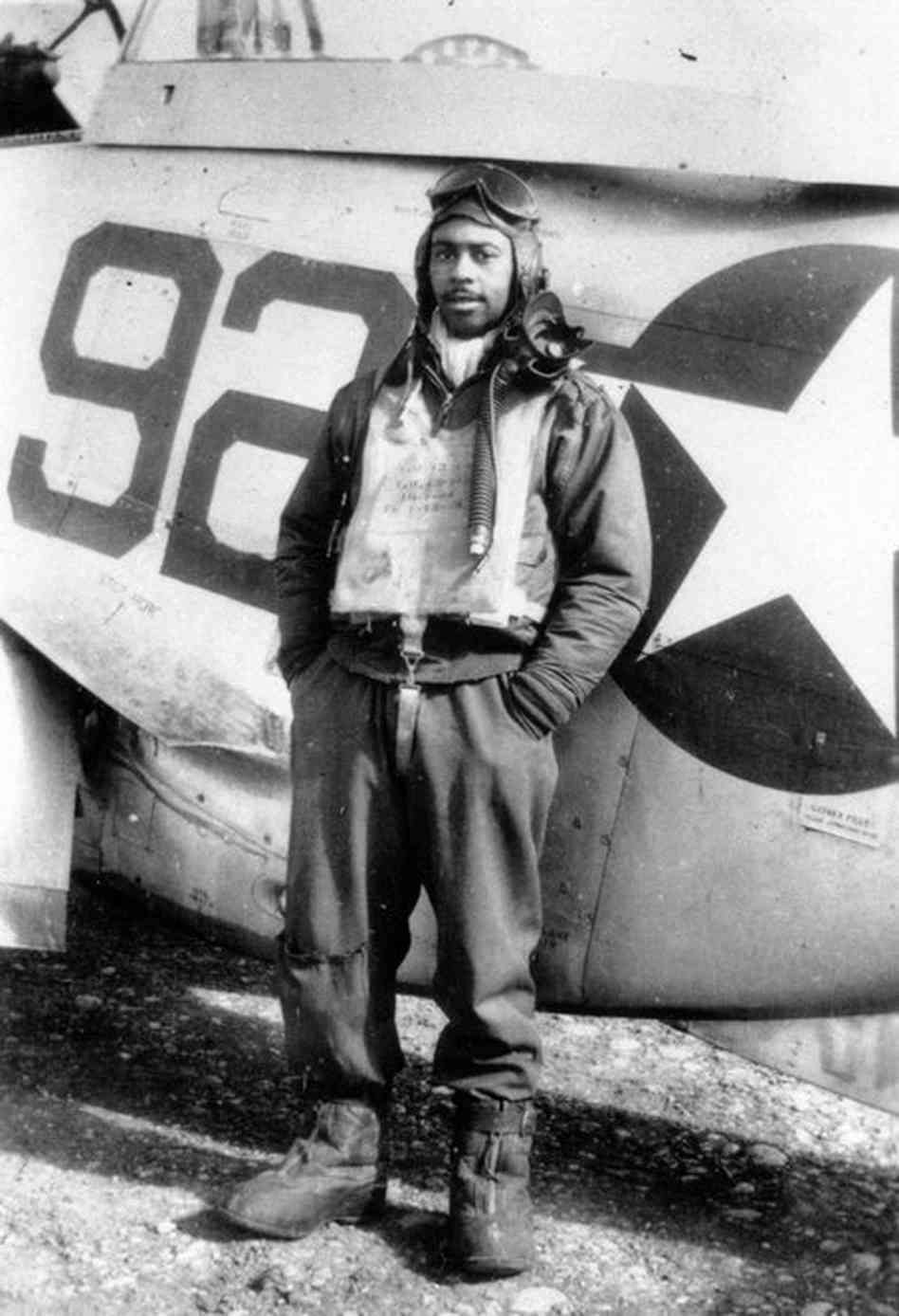 Hiram Mann was born in New York and like many kids, loved to watch airplanes.  When he was old enough, any extra pennies went towards the purchase of balsa wood models that he could build. He wanted to fly when he grew up but knew that as a black man, his options were limited.

As a young adult, he went to college and worked as a hotel bellman while he waited for his chance to apply for military flight school as WWII ramped up.  That chance came in 1941 with the opening of the segregated aviation training program in Tuskegee, Alabama, but he had to wait until 1943 to actually get on a train and go there.  He’d passed all of the tests months earlier, but since there was only one base to train black pilots, he had to wait his turn (white pilots began training almost immediately upon acceptance since there were multiple training sites around the country for them).

Hiram graduated from Tuskegee in June 1944 after almost 15 months of training. The curriculum used at Tuskegee was set by the brass at Maxwell AFB, just up the road from Tuskegee in Montgomery. White and black cadets both used the same training material and proceeded through pre-flight, primary and basic flight training in a set order before moving on to advanced training at a different base. In advanced training, they would learn more about the type of aircraft to which they would be assigned and develop the skills they’d need to fight the enemy effectively.  For the Tuskegee-trained pilots, advanced training in combat techniques was at Walterboro, SC.

While training at Tuskegee, Hiram had flown a PT-19 Stearman, a BT-13 Vultee, and an AT-6 trainer. His class had started with 64 cadets and 26 made it all the way through to graduation. Hiram flew a P-40 Warhawk at Walterboro but flew P-51 Mustangs almost exclusively in battle.  He flew 48 missions with the 332nd Fighter Group in a fighter he nicknamed “The Iron Lady” and was stationed at the segregated base in Ramitelli, Italy where the Tuskegee-trained pilots flew with the 302nd Fighter Squadron, supporting the 15th Air Force as part of the 332nd Fighter Group.  Mann flew forty-eight missions over Europe as a member of the 332nd Fighter Group during the war and earned the Air Medal with three oak leaf clusters for his skill and courage against the enemy. 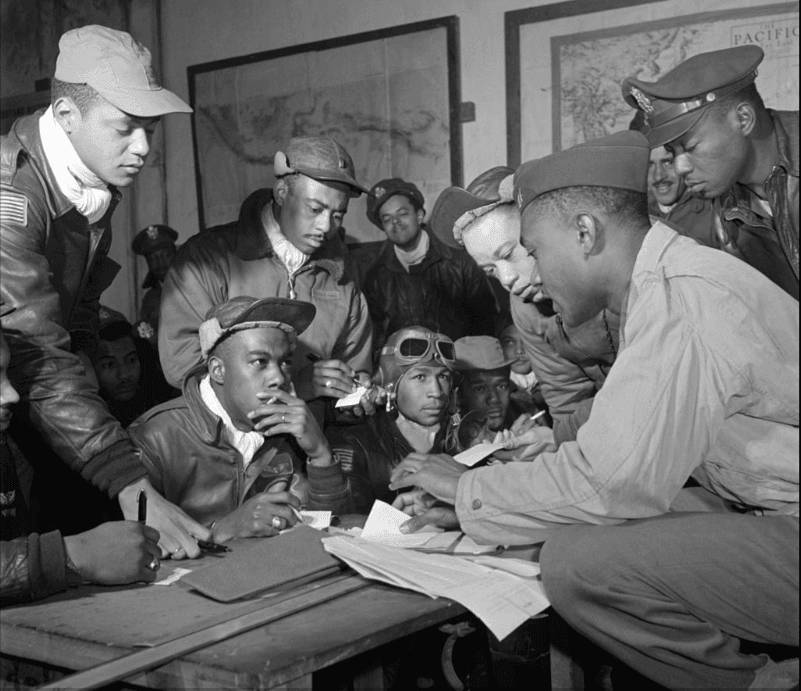 Hiram separated from the Air Force as a Lt Col in 1947 but joined the reserves.  He and his wife, Kathadaza, whom he had married prior to his training at Tuskegee, moved to Cleveland, Ohio where she taught school while he worked for the civil service and attended college.  It took him 14 years to earn his bachelor’s degree going part time.  When he retired from the Air Force reserves, he had the rank of Lt. Colonel.

Mann enjoyed his role as a living icon, often speaking to colleges and other groups about his squadron’s exploits and the importance of determination and education. He also appeared in several documentaries and TV specials about the Tuskegee Airmen.

In 2013 he was one of four Tuskegee Airmen to ride in Model A Fords in the annual Veterans Day parade in Orlando. He also was among six surviving Red Tail pilots to attend the unveiling of a monument to the Tuskegee Airmen at the Orlando Science Center— the nation’s first monument to the elite flying squadron of African-American pilots.

The monument plaque reads: “Their example inspires future generations to reach to the skies and to realize that all things are possible.”