“The most aerodynamically perfect pursuit plane in existence.”
~ Harry Truman, 1944 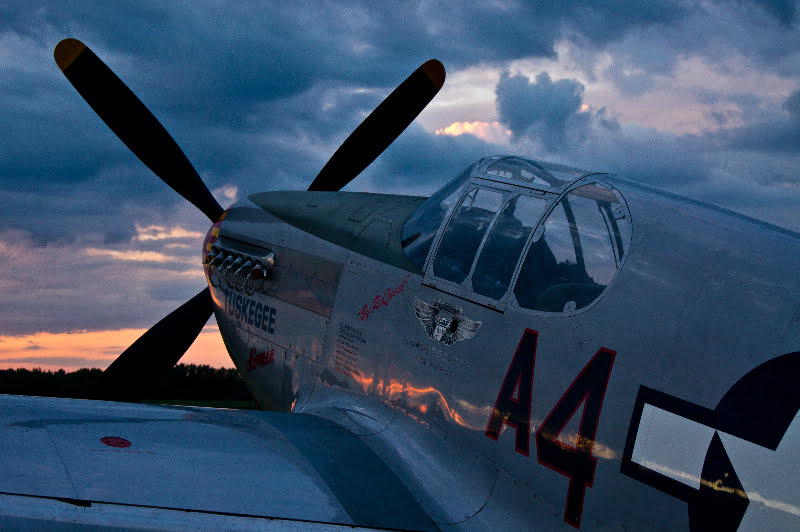 Our P-51C Mustang that accompanies the RISE ABOVE Traveling Exhibit is a magnificent piece of machinery and a real treat to see, hear and feel in person. But beyond an exciting warbird addition to your local airshow, the Mustang represents a significant piece of the puzzle that brought eventual success to the Allies in WWII. 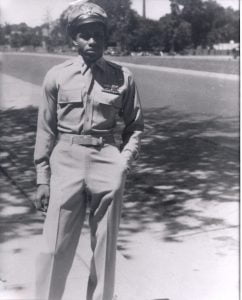 Air Force Lieutenant Colonel and Tuskegee Airman Harold Brown flew the aircraft for the first time when he arrived in Ramitelli, Italy during the war. “The P-51 was faster and more maneuverable than the previous two fighters and it was immediately clear to me that this was the finest aircraft one could fly in combat,” he shares. “As I gained more flying time, becoming more knowledgeable and comfortable in the P-51, it became abundantly clear to me that the P-51 was the finest combat aircraft fighting the war, especially among the conventional aircraft with reciprocating engines (propellers).”

In the winter of ’43-’44, attacks on B-17s were so severe that long-range bombing missions had to be called off due to routine sustained heavy fire. To maintain the Combined Bomber Offensive against Germany, the P-51 Mustang was brought in as an effective bomber escort to the US 8th Air Force in Western Europe. With a reliable engine and large-capacity fuel load – and being a gifted air superiority fighter – the aircraft could successfully provide escort on the long-range missions.

The plan proved effective. Even though the actual statistical data is still subject to debate, their kill to loss ratio was impressive. The P-51 Mustang is credited with the destruction of 4,950 German planes – some of these including newly-engineered jet aircraft – an impressive number that exceeded any other Allied fighter. And although the P-51 operated primarily as a long-range escort fighter, the aircraft also acted as a ground attack fighter-bomber and served in nearly every combat zone during WWII.

“The P-51 obviously played a vital role in the air because of its great success in escorting and protecting heavy bombers against enemy aircraft,” said Lt. Col. Brown. “In fact, within a short period of time after the introduction of the P-51 into combat, we soon ruled the skies and with air superiority, it was just a matter of time before victory was ours!”

An interesting piece of trivia, the P-51 was commissioned by the British at the outbreak of war in 1939 – prior to US involvement in WWII – due to a shortage of airplanes in the Royal Air Force. The P-51 Mustang was built by North American Aviation, eventually being sold to Boeing and integrated into their Defense Division.  The CAF Red Tail Squadron’s aircraft is a P-51C that was manufactured in Dallas, TX in 1944.