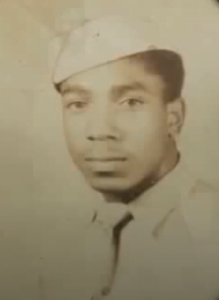 At a time when America was divided into black and white, Irving Green saw things in terms of nuts and bolts.

When some leaders were convinced that African-Americans didn’t have the smarts to fly and maintain airplanes, Mr. Green helped prove them wrong with a wrench and a screwdriver.

This was during World War II, and the central city Toledoan was a mechanic with the Tuskegee Airmen, a segregated group of the country’s first black military pilots and crewmen who found themselves facing off against prejudice as well as foreign enemies.

Mr. Green’s personal narrative intersected with history in 1943 when he was drafted at the age of 18 after attending Scott High School. Having grown up working on cars with his uncle, he was happy to be trained as a mechanic for B-25 Mitchells and P-47 Thunderbolts.

Segregation and second-class treatment were commonplace then, and Mr. Green gave little thought that it continued in the military, where desegregation wasn’t ordered until 1948. Looking back, though, it’s heartbreaking for him to think about a relative killed in Italy during the war.

More than 100 African-American officers were arrested in 1945 at Freeman Field in Indiana, where Mr. Green spent time, because they tried to enter the all-white officers club. What a reversal of fortune it will be for one of those men, Edward R. Lunda, of Akron, when he attends the inauguration.

“The fact that an African-American now will be president of the United States is something that people didn’t think was going to happen this quickly,” he said.

“Back in the 1940s, it was felt by the War Department and [others] that African-Americans did not have the mental or physical capacity to operate sophisticated machinery like aircraft and that we would end up killing ourselves,” said Mr. Lunda, 85.

To the contrary, the Tuskegee Airmen’s fighter pilots distinguished themselves during combat in Europe and

Mr. Lunda and Mr. Green never served abroad during the war – they were preparing to leave when it ended – but there were plenty who did honorably despite the way they were treated before, during, and after the war.

or physical capacity to operate sophisticated machinery like aircraft and that we would end up killing ourselves,” said Mr. Lunda, 85.

To the contrary, the Tuskegee Airmen’s fighter pilots distinguished themselves during combat in Europe and

North Africa, compiling an outstanding record protecting bomber aircraft on missions.  Mr. Green never served abroad during the war – he was preparing to leave when it ended

Words of Wisdom: “Everybody is equal. There is no such thing as one man is better than another,” Green said. “Their skin might be different but, in your heart, and in your mind, you’re all the same.”

Watch the YouTube video of Irving Green talk about what it was like to be part of the Tuskegee Airmen during World War II.