Jeanne Lewellen Norbeck was the only Bartholomew County woman to die in service to her country during World War II and was inducted into the Indiana Military Veterans Hall of Fame in 2018.

What made the induction extraordinary is that the Columbus native was never considered to be in the military during her lifetime.

Neither were 75 other American women who died while assigned to piloting military aircraft over a 17-month period.

Norbeck was one of the Women Airforce Service Pilots who — despite their extremely dangerous work — were classified as federal civilian employees while the WASP program operated from August 1943 to December 1944.

It would be 33 years after Norbeck’s death that she and others in the program would finally be recognized as veterans in a 1977 bill signed by President Jimmy Carter.

Even today, Norbeck did not qualify for induction into the Indiana Military Veterans Hall of Fame in the strictest sense, said Bob Kelly of Scipio, who nominated her.

Prior to the class honored, nominees were required to have either distinguished themselves while in combat or after leaving military service, Kelly said.

But after hearing the unique circumstances, the Hall of Fame’s 10-member board of directors reconsidered those conditions after determining that the female pilot from Columbus had distinguished herself in death, Kelly said.

That is how Norbeck became one of 21 inductees this year in a class that also includes famed World War II war correspondent Ernie Pyle (1900-1945), Kelly said. Living recipients came from as far away as California to receive their honors, he said.

Born on Nov. 14, 1912, Jeanne Marcile Lewellen was the daughter of Columbus industrialist Darcy Lewellen, who owned the former Lewellen Manufacturing facility at 10th and Michigan, and Mayme Whittaker, also of Columbus, according to family history records compiled by Rod Lewellen, a nephew from Columbus, and Margaret Marnitz, the pilot’s niece.

While attending Columbus High School, Jeanne Lewellen was class secretary as a junior and senior, yearbook editor, prom queen, and a member of the Dramatic Club and Honor Society.

She developed an interest in flying before her 1929 high school graduation in Columbus. She earned her pilot’s license while working on her bachelor’s degree in English at what is now Washington State University at Pullman. At college, she was the first female Reserve Officers Training Corp. (ROTC) sponsor.

While working her first post-college job in a hospital facility, Jeanne Lewellen met her future husband, Edward Norbeck. The couple married in September 1940 in Hawaii after Edward Norbeck accepted an administrative job with a pineapple company, Rod Lewellen said.

After a year of marriage, Edward and Jeanne Norbeck were residing just a short distance from Pearl Harbor and witnessed the Japanese attack of the military base on Dec. 7, 1941. For the next 15 months, both would serve as volunteer air raid wardens.

When Edward Norbeck entered the U.S. Army Intelligence Service, Jeanne applied to become a pilot in the recently created WASP program in October 1943.

Except for combat training, the female cadets completed the same course of study and training, and flew the same military airplanes, as their male counterparts in the Army Air Corps.

While nearly half of her classmates didn’t graduate, Jeanne was appointed group commander of her class, the highest position a WASP cadet could hold.

She graduated on April 15, 1944, becoming one of the 1,074 female pilots who earned their wings during the program’s brief history.

In May 1944, Norbeck was assigned to Shaw Field in Sumter, South Carolina, to serve as an engineering test pilot. Her job was to fly red-lined training aircraft — those taken out of service — to analyze problems needing repair, and to write engineering reports for the maintenance department.

By 1944, most of the engineering test flying at training bases was done by WASP, which made male pilots available for instructor or combat duty.

One week after visiting her hometown of Columbus, Norbeck flipped a quarter with another pilot, Marybelle Arduengo, on Oct. 16, 1944, to see which airplane each would test. Norbeck ended up flying a BT-13 trainer that initially seemed all right in straight and level flight, according to her initial reports.

It was only when Norbeck took the trainer into maneuvers 16 miles south of Shaw Field that the aircraft unexpectedly rolled, went into a spin, and smashed upside down into the ground in a fiery crash.

Killed instantly, Norbeck — at age 31 — became one of 38 WASP to die in accidents after receiving their training. Eleven more female pilots died during training, while 27 were killed on active-duty missions, according to government records.

“As a Civil Service employee, there was to be no military escort, nor even a flag for her casket. The family would be required to pay even expenses to move the body back to Indiana. The military pilots of the field felt otherwise, that she deserved appropriate honors. They took up a collection and paid for an escort and flag. The base commander, Lt. Col. T. F. Osborne, gave permission, using only his own authority, unsupported by any regulation. Jeanne may well have been the only civilian women in WWII to have had a military funeral,” wrote Kelly, who attended the hall of fame induction, in his nomination letter. “She paid the supreme price, and exemplifies the bravest and best of the youth of Indiana, and continues to inspire others.”

After the WASP pilots received their long-overdue recognition in the late 1970s, the ultimate sacrifice made by Norbeck began to be brought up frequently at local veterans events across Bartholomew County, Rod Lewellen said.

In July 1995, an exhibit of some of Norbeck’s WASP materials was dedicated at the Atterbury-Bakalar Air Museum. Three years later in 1998, she was permanently honored when the memorial chapel at what used to be Bakalar Air Force Base — now Columbus Municipal Airport — was named for her.

An excerpt of Norbeck’s final letter home, which is engraved into a pillar at the Bartholomew County Memorial for Veterans, was read during this year’s Memorial Day Salute concert.

But an even more recent tribute came from a group of high school students in Columbus, according to the man who nominated Norbeck for the Hall of Fame.

Kelly, who oversees a multi-county instructional program where teens build their own 20-foot airplanes, said he told Norbeck’s story to this year’s program participants at Columbus North High School.

Two were so moved that they took it among themselves to track down Norbeck’s grave at Garland Brook Cemetery, Kelly said.

In recent weeks, Kelly’s students voted to respectfully name their not-yet-completed Van RV-12 aircraft “The Jeanne” in her memory, he said.

On Saturday, Oct. 7, 1944, Jeanne Lewellen Norbeck hitched a ride from Shaw Field in South Carolina to Atterbury Army Air Field in Columbus for a one-day visit with her family.

One week later, Norbeck – a member of the Women Airforce Service Pilots (WASP) – wrote the following in a letter to her mother, Mayme Whittaker.

The next day, Norbeck died when the airplane she was piloting crashed.

It was such a hurried trip last weekend, and of course I didn’t get to do the things I wanted to do.

But I got to look at you and put my arms around you for a little while. Heaven, if I’m lucky, will be just like you coming to the door to meet me.

I’ve been busy this week – just flying, but there’s been quite a lot of it, and I’ve been catching up on sleep.  I needed to.

Remember, it won’t be long till I come home for Christmas.  Take care of yourself and take it easy.

And remember I love you, Mother, deeply and always.

Founded in 2013, the Indiana Military Veterans Hall of Fame has the objective to “publicly emphasize the honor brought to our state and nation by the sacrifices of Indiana military veterans and their families.”

Indiana is among a handful of states that have established such organizations.

In April, the Hall of Fame held the official grand opening of its memorial building at 5360 Herbert Lord Road on the former Fort Benjamin Harrison in Lawrence.

More information about the Hall of Fame is available online at imvhof.com 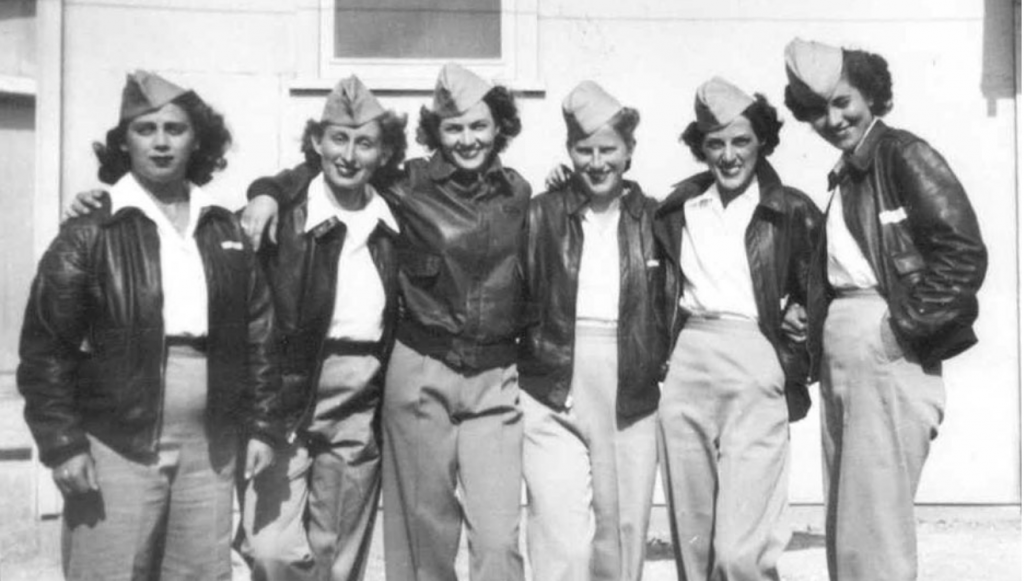 Each bay in the barracks building held six army cots. There were two bays per building with the bathroom and shower in between. The six women who lived together in each bay were call “Baymates.” They went through a lot together throughout their training and often became good friends.